Scientists simulated the Earth’s inner core, found that it might be only 1 billion years old

Our planet is made up of the crust, mantle, followed by the outer and inner core. The solid inner core is formed of Iron and Nickel alloy and it is understood to be the hottest part of the Earth. However, a recent study helps in not only getting a closer estimate of the core’s age but also some crucial factors behind the sustenance of the planet’s magnetic field.

Researchers recreated the conditions at the centre of the Earth inside a laboratory chamber, and “improved” the estimate of the age of the solid inner core. Now the figure stands between 1 billion to 1.3 billion years old, revealed a press release. 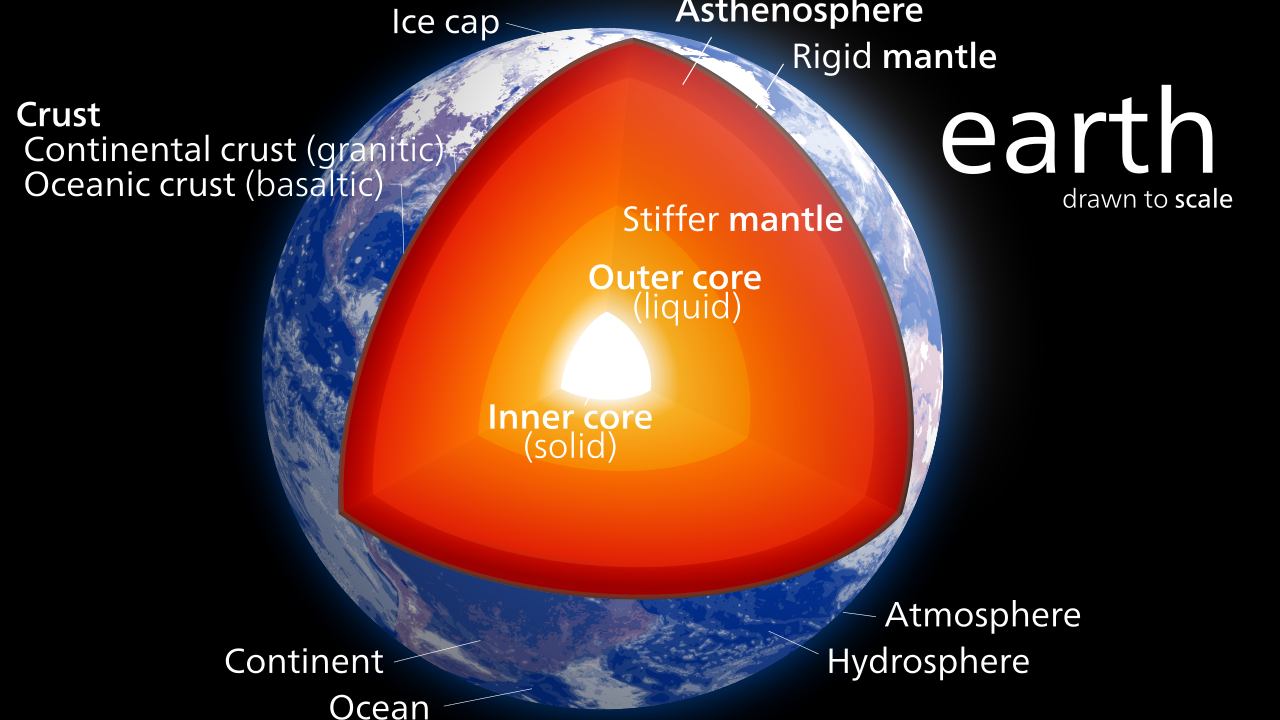 The Earth's core is made of crust, mantle, the outer and inner core. Image credit: Wikipedia

This study also helps in judging the magnitude of how the core conducts heat and the energy sources that help drive the planet’s geodynamo. The geodynamo is the process that keeps the magnetic field of our planet functioning that in turn protects us from harmful cosmic rays.

Jung-Fu Lin, a professor at The University of Texas at Austin’s Jackson School of Geosciences, led the research and said the topic was much sought after as it shines a light on the “planet’s habitability”.

While earlier studies have set the core at varying ages — from being 4.5 billion years old to a mere 565 million years old  — the latest study manages to steer clear of contradictions and paradoxes. The release states that in order to stand apart from the paradox, they had to directly measure the conductivity of iron under core like conditions. So researchers brought the pressure to more than 1 million atmospheres and temperatures of about 6,000-degrees celsius (similar to that on the surface of the sun).

This was done by “squeezing laser-heated samples of iron between two diamond anvils”. According to the team, getting correct results took them two years. Co-author of the article Youjun Zhang, who is an associate professor at Sichuan University in China said that they encountered many problems and failed several times making them almost give up.

The study has been published in the journal  Physical Review Letters.