Better growth and health indicators were observed in the plants that were grown with fungi.

Scientists at the Bharathiar University engaged in studying the ecology of soil microbes that colonize plant roots, have isolated a fungus that can enhance plant growth even in water deficit conditions.

Researchers examined this phenomenon in the roots of tomato plants that hosts both Arbuscular Mycorrhiza and a dark septate endophytic fungus.

Endophytic fungi live inside the plant tissue symbiotically. The researchers have identified this endophytic fungus as Nectria haematococca. The melanin pigment produced by the fungus gives its characteristic dark colour and hence it is called Dark Septate Endophytic Fungi. The researchers cultured this fungus in the lab and subsequently assessed its role in promoting plant growth in water deficit conditions. They maintained two sets of potted tomato plants, one set treated with fungus inoculum and another set without any treatment. They used field soil as such in the experiment, so as to ensure that native soil microorganisms can still colonize the plants. They induced water deficit condition by restricted watering to the plants.

The team recorded better growth parameters and higher proline concentration in the potted tomato plants treated with N. haematococca culture. Simultaneously, they examined the roots under microscope, which revealed that colonization of dark septate endophytic fungi did not inhibit native arbuscular mycorrhizal colonization. Scientists believe that secondary metabolite production in plants due to endophytic fungi colonization did promote plant growth. 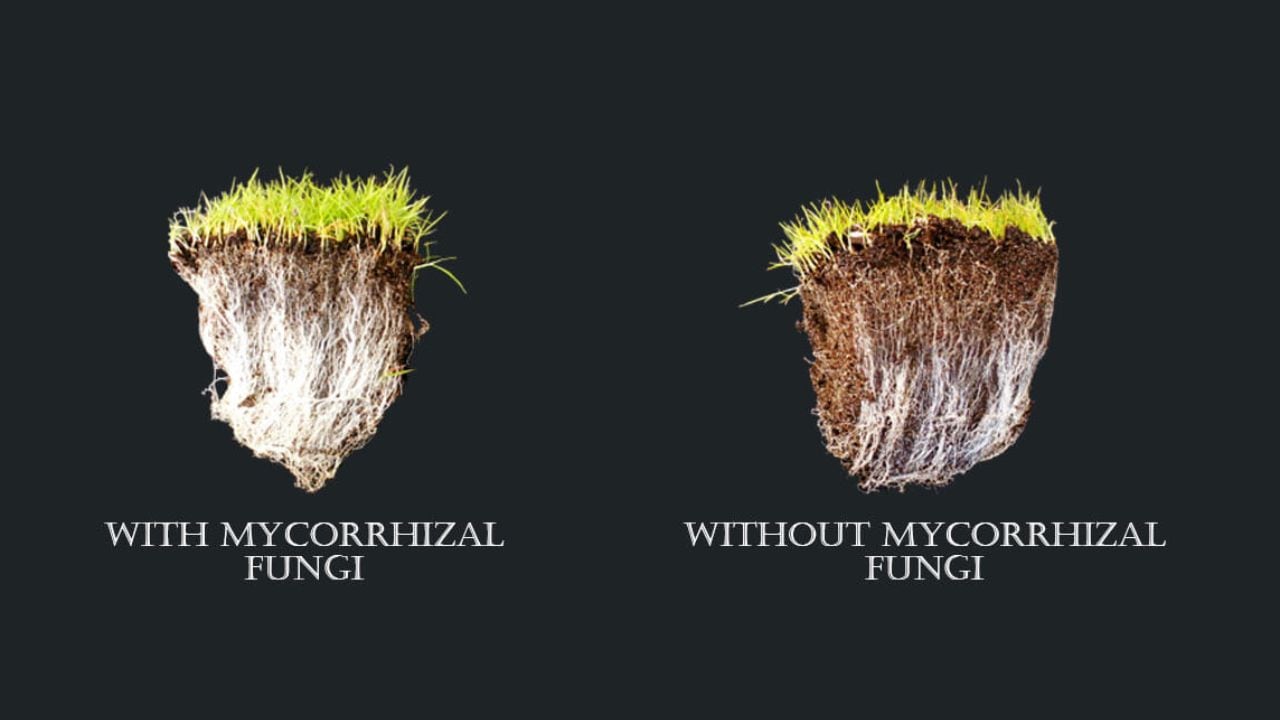 An example of growth benefits with and without mycorrhizal fungi. Image credit: Pennington University

Speaking on the scope of taking this research output to the field, Dr T. Muthukumar says “we have done preliminary studies on development of user-friendly carrier-based formulations ready for use in fields. This would benefit 29% of non-mycorrhizal vascular plant species which includes a large number of crops in the cabbage family. We are working on a bioformulation involving elite fungal strains that could be used for a wide range of crop and forestry species”.

The research findings have been published in the Indian Journal of Microbiology.