Scientists could apply the same technique to dozens of species, opening up a world of new possibilities.

Scientists in Florida have artificially induced reproductive spawning of an endangered Atlantic coral species for the first time in an aquarium setting, a breakthrough they say holds great promise in efforts to restore depleted reefs in the wild.

The achievement, announced this week at the Florida Aquarium in Apollo Beach near Tampa, borrowed from lab techniques developed at the London-based Horniman Museum and Gardens and used previously to induce spawning of 18 species of Pacific coral, officials said.

Scientists plan to use their newly-acquired expertise to breed new coral colonies that can one day repopulate the beleaguered Florida reef system, one of the largest in the world and one decimated by climate change, pollution and disease in recent decades.

"This is truly the future of coral restoration in Florida and around the world," Keri O’Neil, a senior coral scientist at the Florida Aquarium, told Reuters on Thursday. "We’ll be able to do this for dozens of species, and it opens up a world of new possibilities." The newly cultivated corals should make for even stronger populations than existing colonies because each individual will be bred with "new genetics and new characteristics that may be more resistant to what is happening on our reefs in the future," she said.

Inducing corals to release their eggs and sperm in aquarium tanks involves controlling their artificial settings to mimic their natural ocean habitat over the course of a yearlong reproduction cycle.

That means carefully regulating water temperature changes from summer to winter, and using special lighting to imitate sunrise, sunset and even lunar cycles that serve as biological cues for the coral in preparing to spawn.

Collaboration between the Florida and London facilities on the project began in 2017 as the situation facing Florida’s reefs grew more dire because of the spread of a new coral affliction dubbed Stony Coral Tissue Loss Disease.

Atlantic pillar coral, which grows in colonies resembling finger- or column-like structures, has been particularly susceptible to the disease and is already classified as virtually extinct in the wild because remaining male and female colonies are too scattered to reproduce. 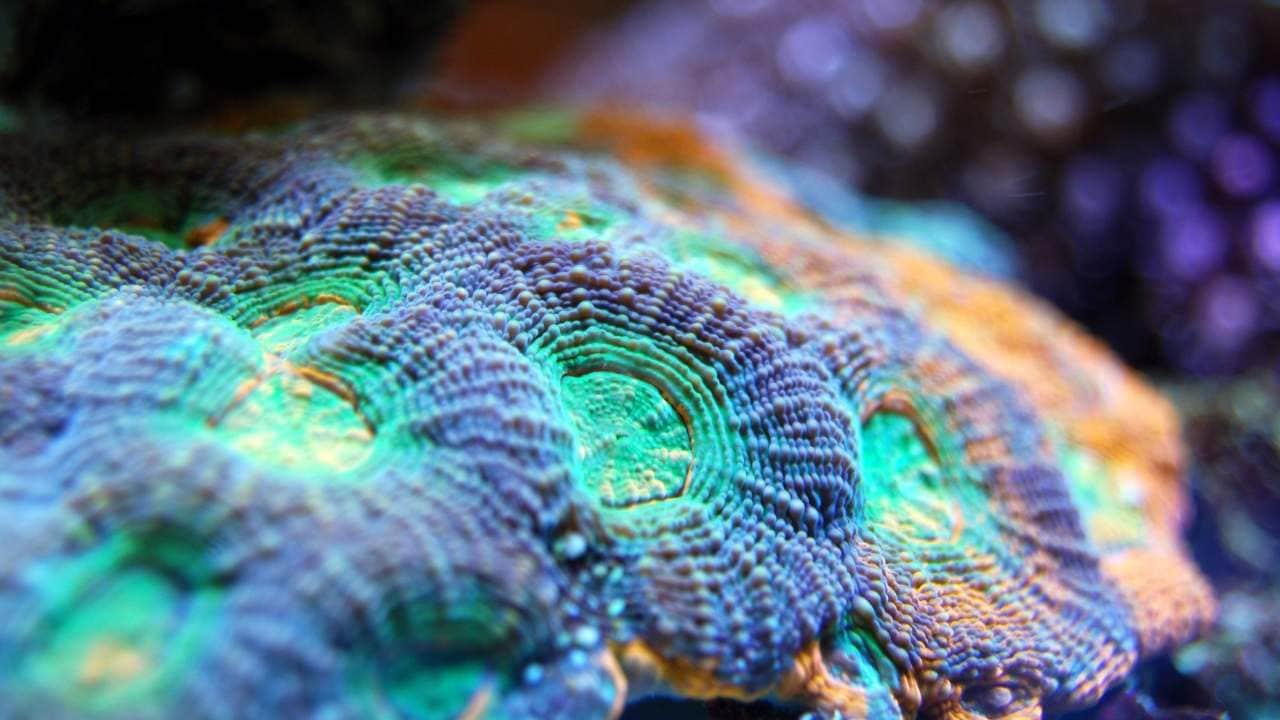 Corals are among the most urgent concerns for environmentalists today.

Corals are a type of marine invertebrate animal, typically living in colonies of tiny sac-like polyps that feed by filtering seawater through a set of tentacles surrounding a central mouth opening.

The polyps secrete a hard exoskeleton of calcium carbonate beneath them that builds up over many years, forming coral reefs that serve as key habitat for tropical sea life and help protect the shoreline by absorbing wave energy from hurricanes and other storms.

Corals are sensitive to major changes in water temperature, and the Florida Reef Tract, like other major reefs around the world, has been under pressure from climate change for years as the sea grows steadily warmer.

But the increased threat posed by Stony Coral Tissue Loss Disease, first identified in 2014, prompted changes in the law to allow scientists to begin collecting fragments of protected coral for lab research.

The 180 specimens gathered by the Florida Aquarium were collected under permit from the Florida Keys National Marine Sanctuary by scientists from the Keys Marine Laboratory and Nova Southeastern University. Thirty of those were used in the spawning aquarium, O’Neil said.