The device uses the cold of space to produce a modest yet usable supply of electricity.

In a remarkable new development, scientists have developed a way of generating power from the "coldness" of outer space — the nighttime counterpart of solar energy.

The team put an inexpensive thermoelectric device to use, adapted it for colder temperatures and built a low-cost energy source that could someday help people all over the world without access to a stable source of electricity. The device doesn't need an active heat input. Pardon the pun, but the coolest part of the device is that pretty much any object that ejects heat — be it a car or building or something else entirely — can be harnessed for this purpose.

As evening turns to nighttime, heat rises off objects on Earth's surface, dissipating into the cooler air at higher altitudes. Eventually, this cooling continues in the upper atmosphere and to the frigid expanse of outer space. This phenomenon, known popularly as radiative sky cooling, is the principle behind the new energy mechanism. "This effect occurs naturally all the time, especially on clear nights," Aaswath Raman, study author from the UCLA Samueli School of Engineering, said in a press statement. "The result is that the object ejecting the heat, whether it’s a car, the ground or a building, will be slightly cooler than the ambient temperature."

In a test of the technology, researchers generated enough electricity to power an LED light. That's less power than a single solar cell generates, but the two need not work in opposition. The technology can be used anywhere with access to the ground and sky. As proof that the device could provide renewable electricity at low costs, researchers built a proof-of-concept with parts purchased at a hardware store, with a total cost under $30. Each of these devices could generate around 25 milliwatts per sq metre, enough for a single LED light bulb.

While this isn't nearly as efficient as a single solar cell, which can generate around 150-250 W per sq metre, the two mechanisms complement each other well. Whereas solar energy works best during the day, black disks work best at night. 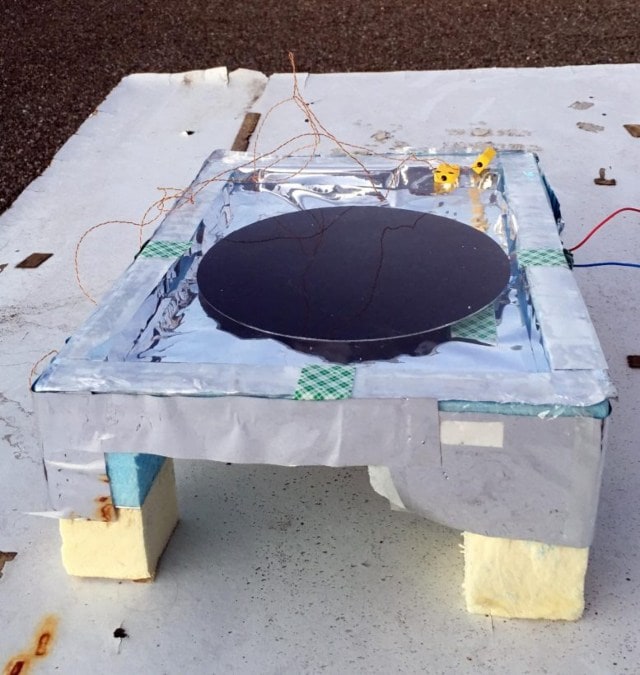 With better quality equipment, the team estimates the device could produce 0.5 watts per sq metre, which is ~20 times as efficient as its current output. That'd be enough to charge a pair of phones, or a medium-size room full of LED lights.

Will foreign investment in clean energy become a reality?

Renewable energy: Address these issues urgently; 2017 could be a tipping point

A Singaporean sets up solar-powered tribal school in India, among other projects, to inculcate the spirit of entrepreneurship in the young