The caecilians likely use the venom to 'incapacitate its prey', the amphibians only have their mouth to lead them forward.

In a first of its kind instance, some amphibian creatures in Brazil were found to have dental glands that produce venom, similar to those found in snakes.

Caecilians are worm-like toothy amphibians who lack legs and have a smooth, silky outer look that already resembles snakes. Now scientists have discovered that the saliva of these creatures is venomous in nature. 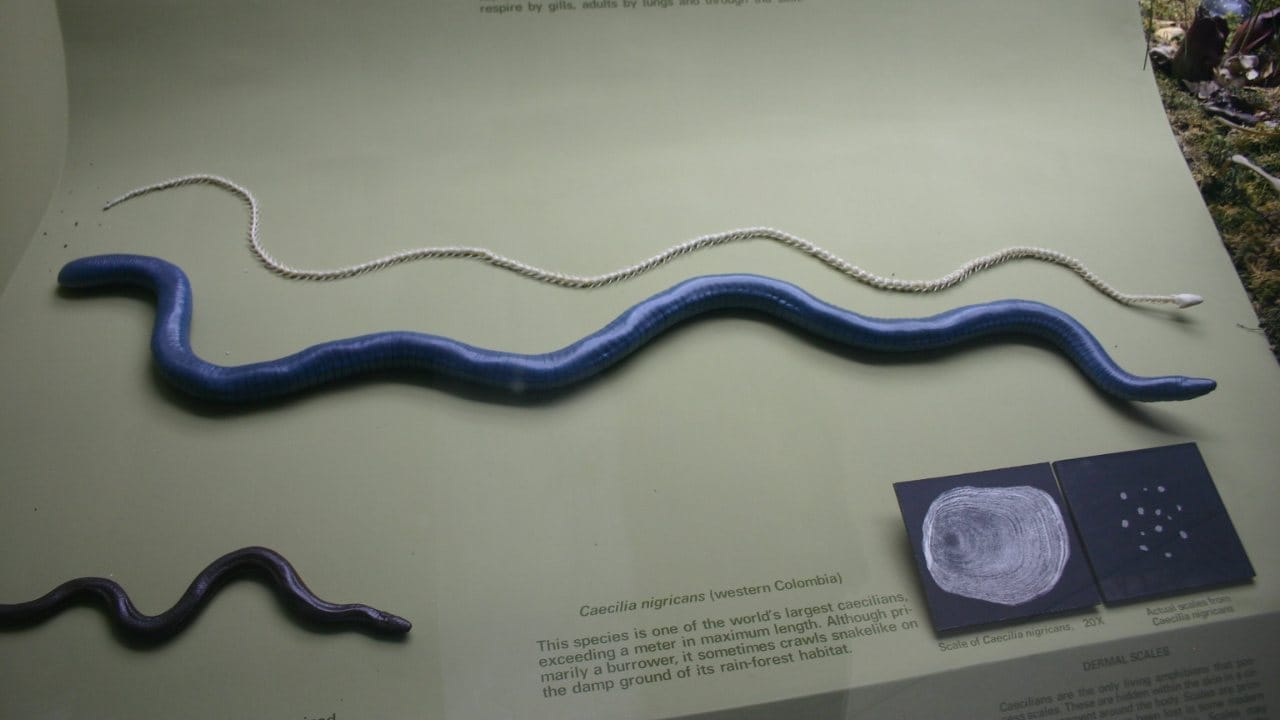 Ranging from 3.5-inch to 5 feet in size, caecilians are often bereft of sight because of living underground. Image credit: Flickr/Ryan Somma

Carlos Jared, an evolutionary biologist at Butantan Institute in Sao Paulo, Brazil, was the senior author for the recent study on some of the caecilians in the country. Although nearly 200 species of the creature exist in tropical areas, many caecilians live underground making them “the most unknown group of vertebrates”.

“These animals produce two types of secretions–one is found mostly in the tail that is poisonous, while the head produces a mucus to help with crawling through the earth,” said Jared.

Ranging from 3.5-inch to 5 feet in size, caecilians are often bereft of sight because of living underground. Three rows of teeth help them catch earthworms and other prey. But in the sample of ringed caecilians (Siphonops annulatus) studied by Jared, never seen before dental glands were discovered that have the same biological origin as that of the venom glands found in snakes. These might also carry some venomous enzymes.

The study was published in the July 3 issue of journal iScience.

Researchers think the caecilians most likely use the venom to “incapacitate its prey” as with no arms or legs, the amphibians only have their mouth to lead them forward.

Jared mentions that further tests are required to prove the venomous nature of the saliva. If it gets proven then the outlook on evolution of venom glands will become different from how we know it today.