Could these radio waves be a message from an alien civilisation that is far, far away?

Scientists have discovered repeating fast radio bursts (FRBs) released into space far outside the Milky Way galaxy for the second time in history. In January 2017, a team of researchers were among the first to pinpoint the location of an FRB.

According to a study that was published on 9 January 2018 in the journal Nature, researchers for the second time found over a dozen bursts of radio waves coming from outside our galaxy, and a few of them were from the exact same location in the sky. They used the Canadian telescope dubbed CHIME.

The new repeating fast radio burst is called FRB 180814.J0422+73 was one of the 13 FRBs detected by CHIME during the July and August 2018 period and was recorded six times coming from the same location from as far as 1.5 billion light-years away. The origin of these waves is still a mystery. The finding was also presented at the 233rd meeting of the American Astronomical Society in Seattle.

The CHIME Telescope or the Canadian Hydrogen Intensity Mapping Experiment, is a novel radio telescope that has no moving parts, located at the Dominion Radio Astrophysical Observatory (DRAO), a national facility for astronomy operated by the National Research Council of Canada.

Fast radio bursts (FRBs) are sudden radio flashes that last for about one-thousandth of a second and can outshine the intensity of an entire galaxy located at the same distance. The radio burst repeats sporadically from one known source but is difficult to capture. Astronomers first discovered FRBs in 2007. The FRB is the brightest radio phenomenon known to man.

(Also read: Fast radio bursts may be a sign of alien civilisations)

Exactly what causes these high-energy surges of long waves at the far end of the electromagnetic spectrum remains the subject of intense debate. Here's an animation illustrating the random appearance of Fast Radio Bursts in the sky.

Could these waves be a message for a civilisation that is far, far away? While the common perception is that of an agreement, study coauthor Shriharsh Tendulkar thinks otherwise.

He told AFP that it is extremely unlikely. "As a scientist, I can't rule it out 100 percent. But intelligent life is not on the minds of any astronomer as a source of these FRBs," he said. 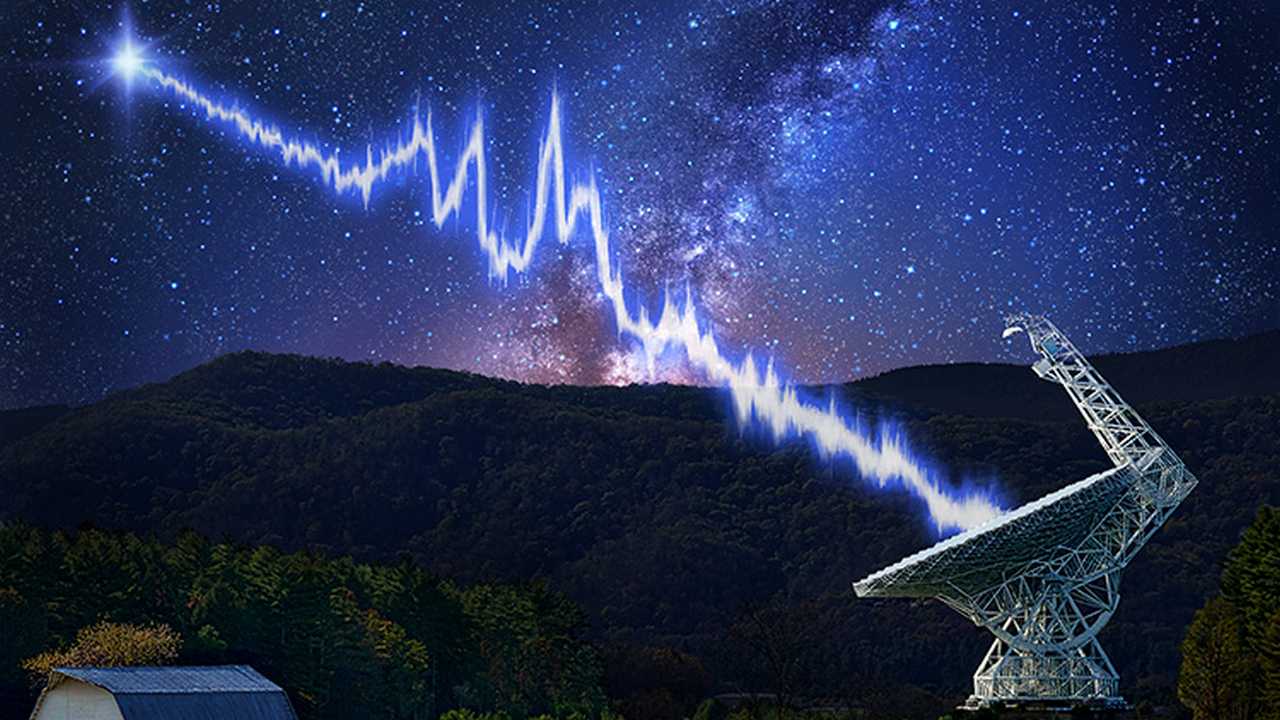 The fast radio burst FRB 121102 was detected by a new recording system developed by the Breakthrough Listen project and mounted on the 100-meter Green Bank Telescope in West Virginia. Image: UC Berkely

Scope for finding the origins

We know that the origin of these waves is not known, but the researchers are convinced that they will be able to find them. Scientists who recorded it believe that other repeating FRBs or fast radio bursts will definitely be found in future and repetitions could certainly help figure out where they originate. Maybe this will help find some real answers.

Ingrid Stairs, a member of the CHIME team and an astrophysicist at the University of British Columbia told CNN that, "knowing that there is another suggests that there could be more out there. And with more repeaters and more sources available for study, we may be able to understand these cosmic puzzles, where they're from and what causes them."