The six-planet system, that was observed by the SOPHIE spectrograph, includes a "super-Earth" and five "mini-Neptunes".

Scientists have discovered a six-planet system - a "super-Earth" and five "mini-Neptunes" which display an exceptionally regular spacing, hinting at how the system may have formed.

The planets revolving the star HD 158259 in the Draco constellation were found using the SOPHIE spectrograph installed at the Haute-Provence Observatory in the South of France, according to the study published in the journal Astronomy & Astrophysics.

"The discovery of this exceptional system has been made possible thanks to the acquisition of a great number of measurements, as well as a dramatic improvement of the instrument and of our signal processing techniques," said Francois Bouchy, a professor at the University of Geneva (UNIGE) in Switzerland.

SOPHIE observations showed that the planet that is closest to HD 158259 and the five outer planets present masses of two and six times that of the Earth, respectively, the researchers said. 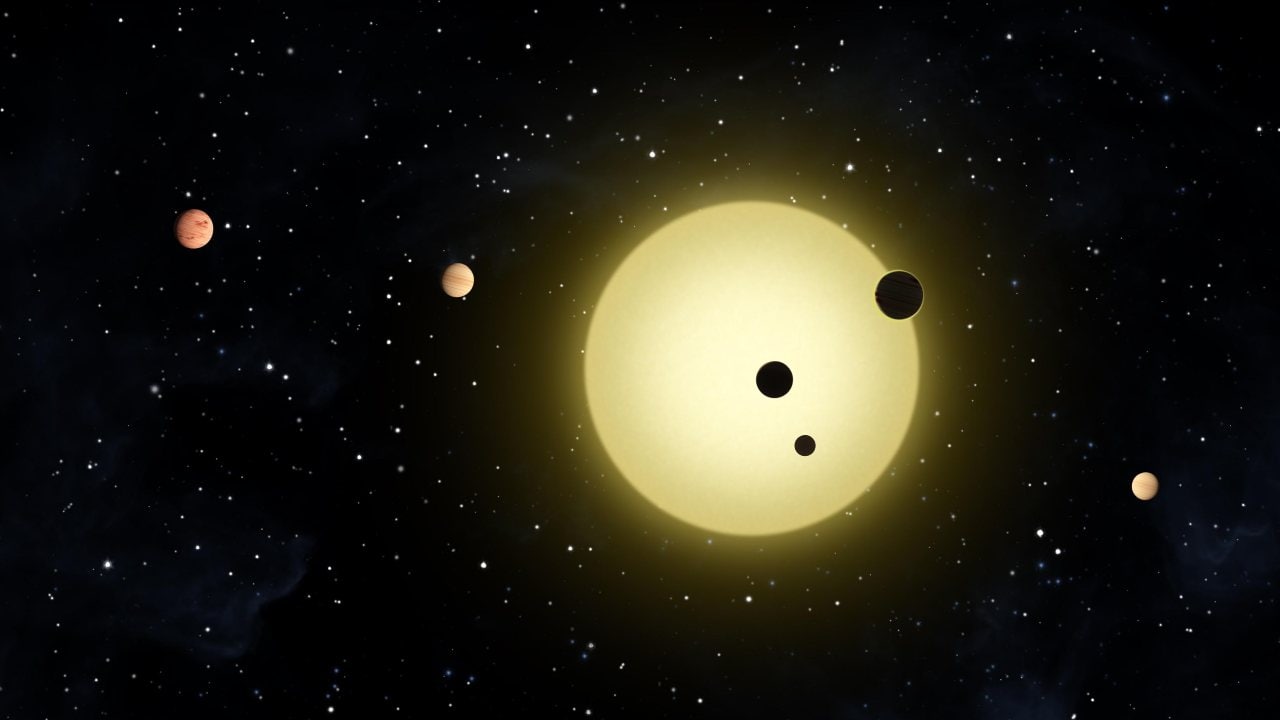 Artist impression of the Kepler-11 is a sun-like star around which six planets orbit. Representational image. Image credit: NASA

The system has been found to be compact, in the sense that the distance of the outermost planet to its star is 2.6 times smaller than the distance between Mercury and the Sun, they said.

NASA's TESS space telescope observed a decrease of the star's brightness as the innermost planet transited between the observer and the star.

"The TESS measurements strongly support the detection of the planet and allow to estimate its radius, which brings very valuable information on the planet''s internal structure," said Isabelle Boisse, a researcher at the Marseille Astrophysics Laboratory in France, and co-author of the study.

The researchers noted that hundreds of multi-planetary systems are known, but only a dozen contains six planets or more.

The presence of six planets orbiting HD 158259 thus already makes this system remarkable, but it not its most interesting feature: what makes it exceptional is its regularity, they said.

The period ratio of any two subsequent planets is close to 3:2. This means that as the first planet -- the one closest to the star -- completes three orbits, the second one completes about two.

As this second planet completes three orbits, the third complete about two, and so on.

This situation is better understood in the general framework of "resonances", which plays a key role in the architecture of planetary systems.

Several planets are said to be in resonance when they find themselves in the same configuration periodically, after completing a potentially different number of orbits, the researchers explained.

"This is comparable to several musicians beating distinct rhythms, yet who beat at the same time at the beginning of each bar," said Nathan C Hara, a researcher at UNIGE, and first author of the study.

Planets can also be close to the resonance, but not exactly within. This is the case of the planets of HD 158259, the researchers said.