Scientists confirm that black holes are hairless and ring like a bell, gravitationally speaking, when they're born

Scientists have found gravitational wave signals peaking in a sharp curve before fading away, like a bird's 'chirp'.

If there's one legacy of Albert Einstein that never ceases to make headlines, it's his Theory of General Relativity. A mainstay in the study of the universe (and black holes in particular), the General Relativity theory has been key to many discoveries in astrophysics. Now, researchers claim to have heard unique patterns in the ringing of a vibrating newborn black hole, yet again confirming aspects of the theory.

Black holes are one of the biggest enigmas in astrophysics, so it's no surprise that new discoveries about black holes have also reaffirmed or challenged Einstein's 103-year-old General Relativity theory. Einstein proposed that the exact pitch and decay of gravitational waves originating from a black hole should be a signature of sorts for a newly-formed black hole, revealing information about its mass, rotation speed (spin) and possibly a lot more.

The collision of two black holes — a tremendously powerful event that was detected for the first time by the Laser Interferometer Gravitational-Wave Observatory (LIGO) experiment in 2015 — produces a new supermassive black hole and sends gravitational waves — millisecond ripples in the fabric of spacetime itself — through the universe. A black hole resulting from such a cosmically-quaking collision should itself "ring" in the aftermath, according to Einstein's theory, producing gravitational waves like a temple bell or tuning fork would reverberate sound waves. In a new study, the characteristic tones that fade away as the black hole grows less "agitated" have been measured, and the findings appear to validate Einstein’s general relativity theory. The pitch and decay rate of these tones appear unique to the mass and spin of a black hole.

From the first recording of gravitational waves, scientists eliminated noise and amplified the wave signal. They found the waveform peaking in a sharp curve before fading away, like a bird's "chirp" would in sound waves.

The team applied this technique to data gathered from the first recorded gravitational waves in 2015, with a keen focus on the final milliseconds of the "chirp". They were able to find a ringing coming from the infant black hole — two distinct tones, each one with a unique pitch and rate of signal decay. Their calculations also matched previous measurements of the mass and spin made by other researchers. 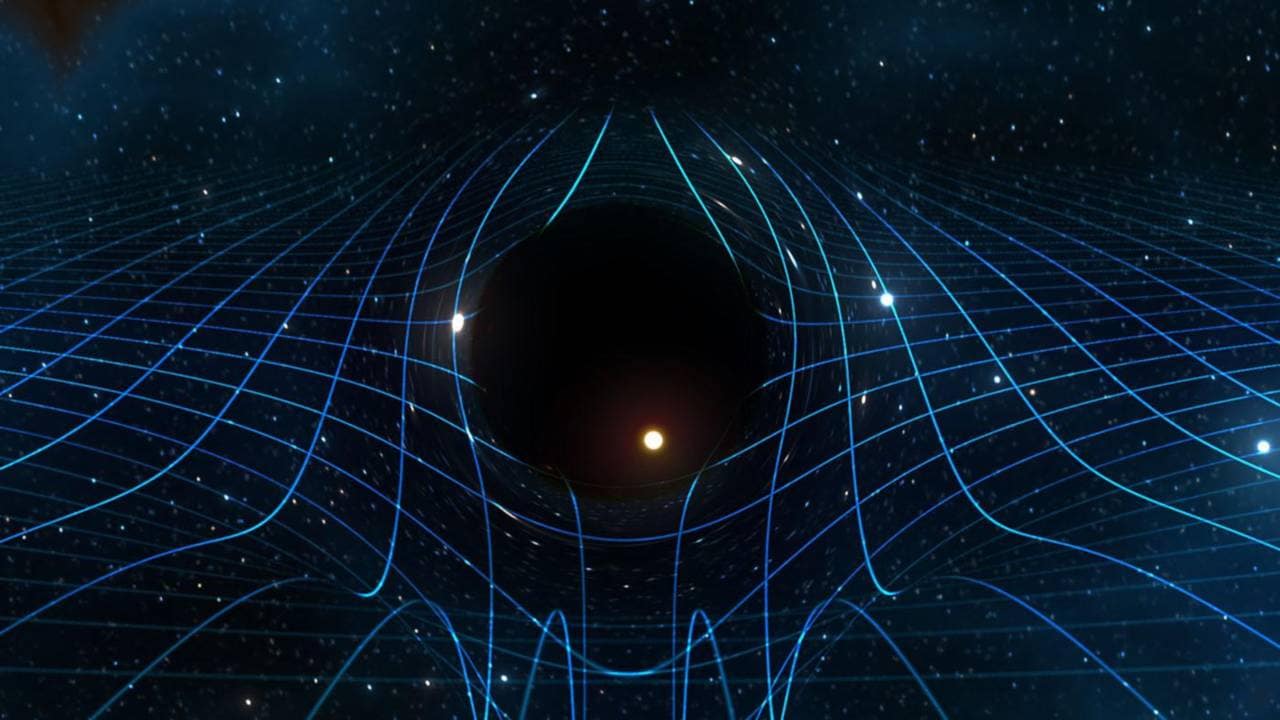 Interestingly, this disproves a long-held theory that black holes have "hair". According to the hilariously-dubbed "no-hair theorem", all black hole math, using its gravitation and electromagnetism in general relativity, can be fully-characterised using just three visible parameters — mass, electric charge, and angular momentum.

Also read: Einstein was right about gravitational waves, we now have the measurements to prove it

"This is exciting for the community because it shows these kinds of studies are possible now, not in 20 years," the study’s lead author, Maximiliano Isi, told MIT News. "In the future, we’ll have better detectors on Earth and in space, and will be able to see not just two, but tens of modes, and pin down their properties precisely."

If the tones don't match up with Einstein’s predictions, it could be something even more exotic — wormholes or boson stars, perhaps, Isi suggests.

The study and its findings were published in Physical Review Letters.