The process of implantation is what the scientists are now trying to perfect.

Only two northern white rhinos exist in the world: both are female and neither can bear calves. But scientists have not given up hope of saving the species from extinction.

Now they are working on how to implant the embryos into a surrogate mother to bring them to term, and once they’ve mastered that, they can create purebred northern white rhino embryos that would be carried by a southern white. 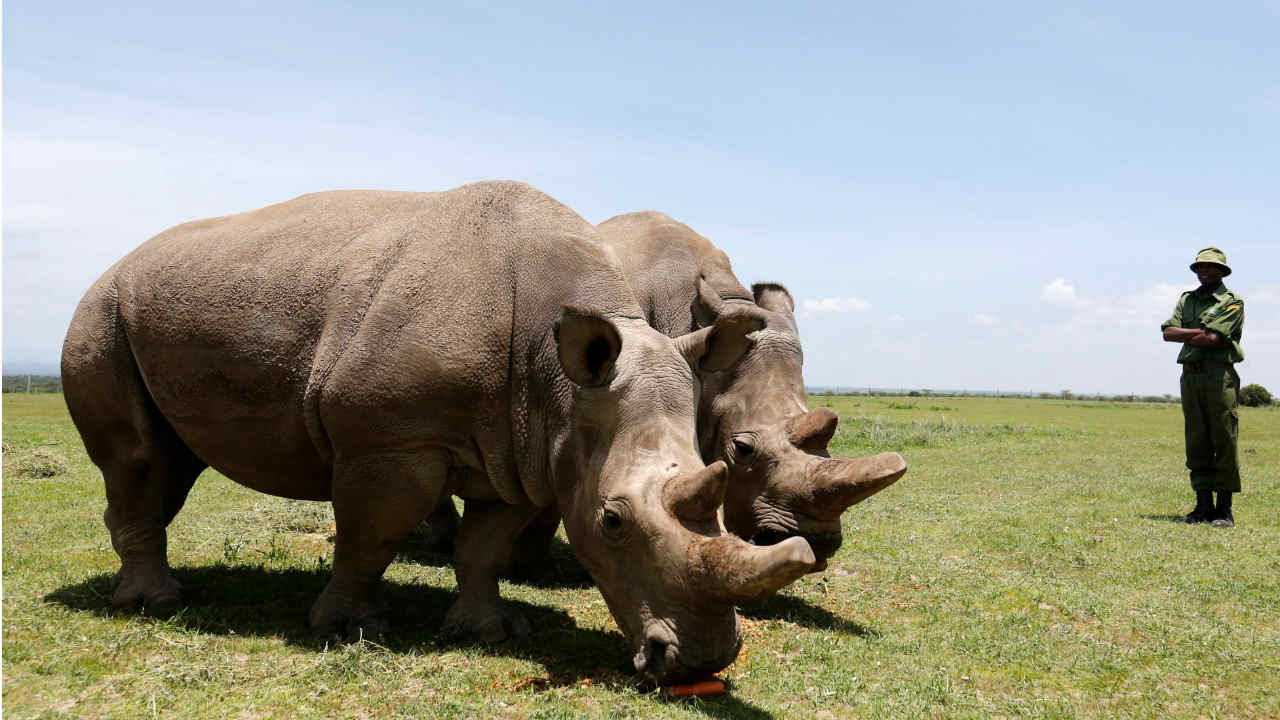 As part of that work, on 13 February, a team led by Thomas Hildebrandt of the Leibniz Institute for Zoo and Wildlife Research in Berlin harvested egg cells from a female southern white rhino, 17-year-old Hope, at a zoo park in the Polish city of Chorzow.

They have recently done the same with selected southern white rhinos about 18 times in zoos across Europe.

With the size of a rhino and its weight of about two tons, it was another challenge for the scientists to find a way of harvesting the eggs without harming the animal.

As the ovaries are about two meters inside, they inserted an instrument they created for this purpose containing an ultrasound camera with a needle through the anus and into the ovarian tissue.

“It’s a little bit like rocket science because there is no example which we can follow because we are the first in this field we developed everything from scratch,” Hildebrandt said.

Since the remaining northern females, a mother and daughter called Najin and Fatu who live in Kenya, are unable to bear offspring themselves, the embryos created from their eggs will be implanted into a southern white rhino surrogate.

The process of implantation is what the scientists are now trying to perfect. Only when they master it can they risk using the egg cells of the two surviving rhinos and preserved sperm to produce “pure” northern white rhino, to be carried by a southern white surrogate. They hope to achieve this in less than three years.

“First, we have to optimize the method of implanting the embryos,” said Jan Stejskal, a spokesman for Dvur Kralove Zoo in the Czech Republic, which has a long history of rhino conservation and from which the last two females were taken to Kenya several years ago.

“We expect to be close to perfecting the method in several months,” Stejskal said.

Preity Zinta, Gene Goodenough become parents to twins through surrogacy: 'Excited for this new phase of our lives'