Scars on Mars may have formed by melting below glaciers and not flowing rivers, new study suggests

While examining climate models of ancient Mars they found that it was much colder during the time that the valleys were formed.

Turns out Mars might not be as warm and wet as scientists previously thought. It may very well have had a cold and frozen surface according to a new study.

What researchers had previously thought were valley networks scars formed caused by running water on Mars, might have been formed as a result of water melting beneath glacial ice sheets, according to a new study by researchers at the University of British Columbia, published in the journal Nature Geoscience. “For the last 40 years, since Mars’s valleys were first discovered, the assumption was that rivers once flowed on Mars, eroding and originating all of these valleys,” says lead author Anna Grau Galofre in a press statement.

"If you look at Earth from a satellite you see a lot of valleys: some of them made by rivers, some made by glaciers, some made by other processes, and each type has a distinctive shape," she added. "Mars is similar, in that valleys look very different from each other, suggesting that many processes were at play to carve them.”

The team of researchers examined more than 10,000 Martian valleys and while comparing them to the subglacial channels in the Canadian Arctic Archipelago, found similarities. According a Space.com report, the teams found that the valleys that looked like it might've been formed by meltwater were spread all across the planet while those that might've been formed by rivers were only concentrated around Arabia Terra. This region is a large upland region in the north of Mars that is heavily eroded as well as densely cratered.

Subglacial meltwater channels, which flow underneath ice sheets and roughly parallel to the main ice flow direction. These meltwater channels can range from very small channels that are a metre-deep and -wide, to massive valleys that could be a kilometre-wide. 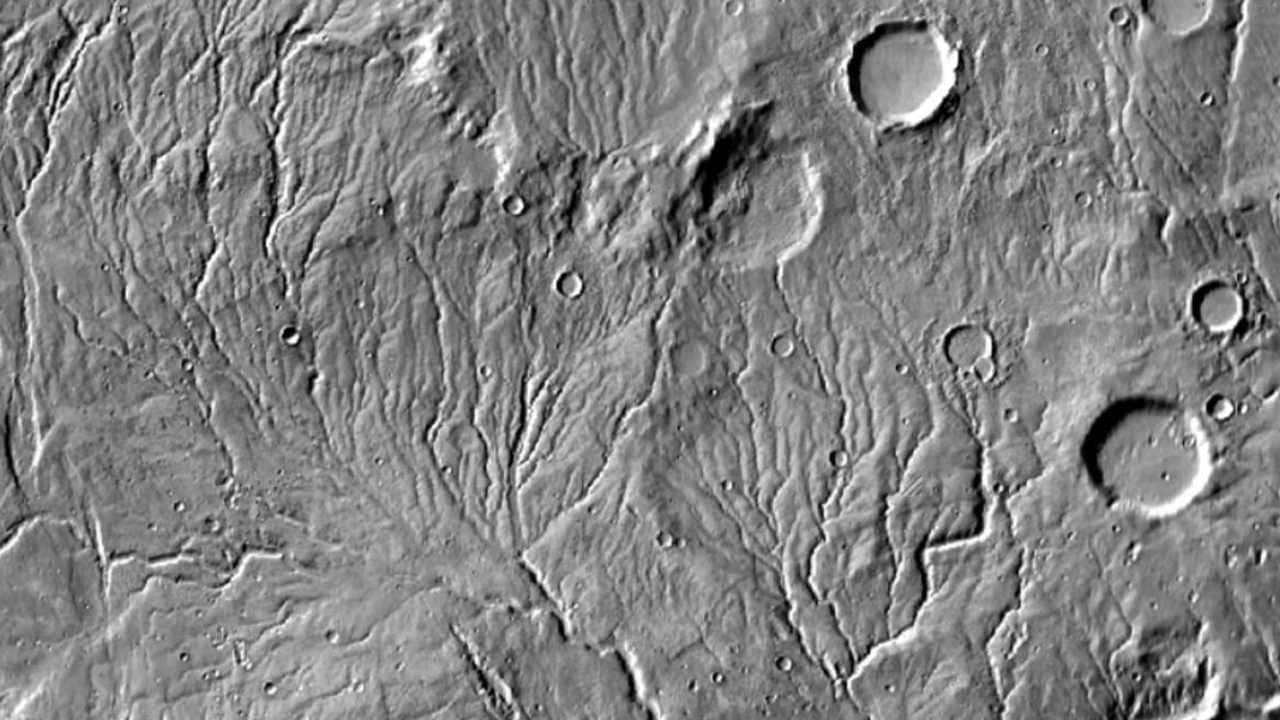 “These results are the first evidence for extensive subglacial erosion driven by channelized meltwater drainage beneath an ancient ice sheet on Mars,” says co-author Mark Jellinek, a professor in UBC’s department of earth, ocean and atmospheric sciences in a statement.

According to a Futurism report, the researchers examined climate models of ancient Mars and found that it was much colder than predicted during the time that the valleys were formed, around 3.8 billion years ago. This frozen environment would better support ancient life forms on Mars

A sheet of ice could act as a 'shelter' from the sun's radiation in the absence of a magnetic field, which Mars is thought to have lost billions of years ago.