Titan's visible exterior is 'one of the most geologically diverse' sights in the solar system.

In the same way that Earth has a water cycle, an atmosphere, dunes, plains and lakes, the frigid moon of Saturn, Titan, has methane cycles, liquid lakes, and a diverse terrain spanning its entire surface. The moon's atmosphere, however, is so thick with clouds and chemical haze, that it limits the view of what's underneath when peeking through a telescope — grounded or otherwise.

Fortunately, the Cassini spacecraft — a collaborative mission between the American, European and Italian space agencies to study Titan — has been stalking Saturn (and Titan, too) successfully since October 1997. And for all that talk about Titan being "habitable" and "Earth-like", recent images from Cassini are proof of a mesmerising resemblance to our home planet that one simply cannot deny.

These images are part of the first global geological map of Titan, unveiled this week on 18 November. It shows vast plains, dunes of frozen organic material, lakes of liquid methane, illuminating an exotic world considered a strong candidate in the search for life beyond our home planet in the solar system. The map was made using radar, infrared and other data that Cassini gathered about Saturn and its moons between 2004 and 2017.

With a diameter of 5,150 km, Titan is the second-largest moon in the solar system after Jupiter's Ganymede — larger than the planet Mercury. Organic materials — carbon- and hydrogen- and oxygen-based compounds that are critical to foster life — play a leading role on Titan. Many researchers today think these organics evolved in the liquid water ocean below Titan's icy crust.

"Organic materials can, we think, penetrate down to the liquid water ocean and this can provide nutrients necessary for life, if it evolved there," Rosaly Lopes of NASA’s Jet Propulsion Laboratory in California, who led the research, said in a statement. 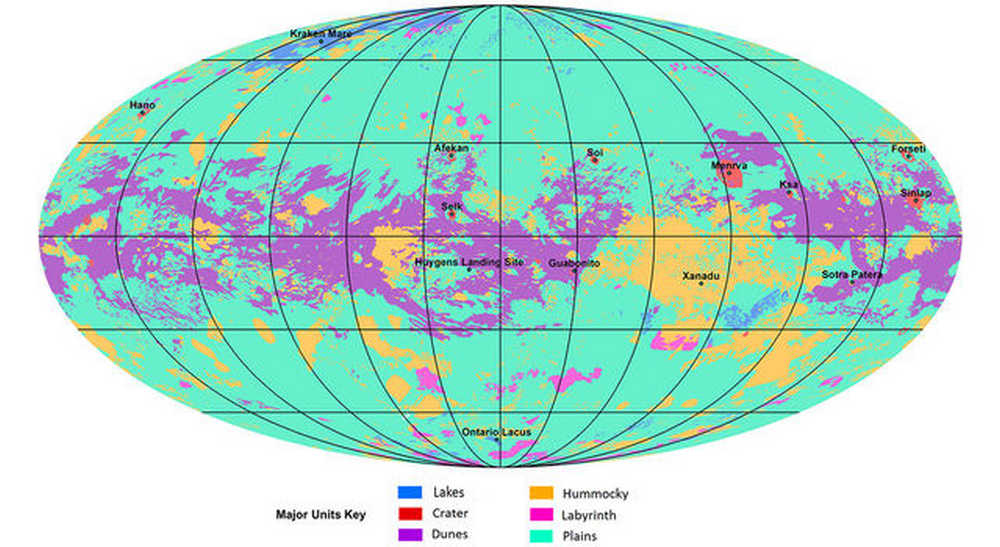 The geological map of Titan created by NASA with the help of Cassini. Image credit: NASA

While water rains down from clouds and fills the Earth's rivers, lakes, and oceans, things work a little differently on Titan, where large clouds spew hydrocarbons (like methane and ethane, which are gases here on Earth) — in liquid form. This is owing to the moon's frigid climate and pressure.

Rain falls on every inch of Titan, and yet the region near the equator is fairly arid, getting wetter as one moves to the poles. Much of its surface is covered in plains (~65 percent of the surface) and dunes (17 percent). Some of Titan's mid-latitudes and equatorial regions are rich in frozen deposits of methane and other hydrocarbons, respectively. 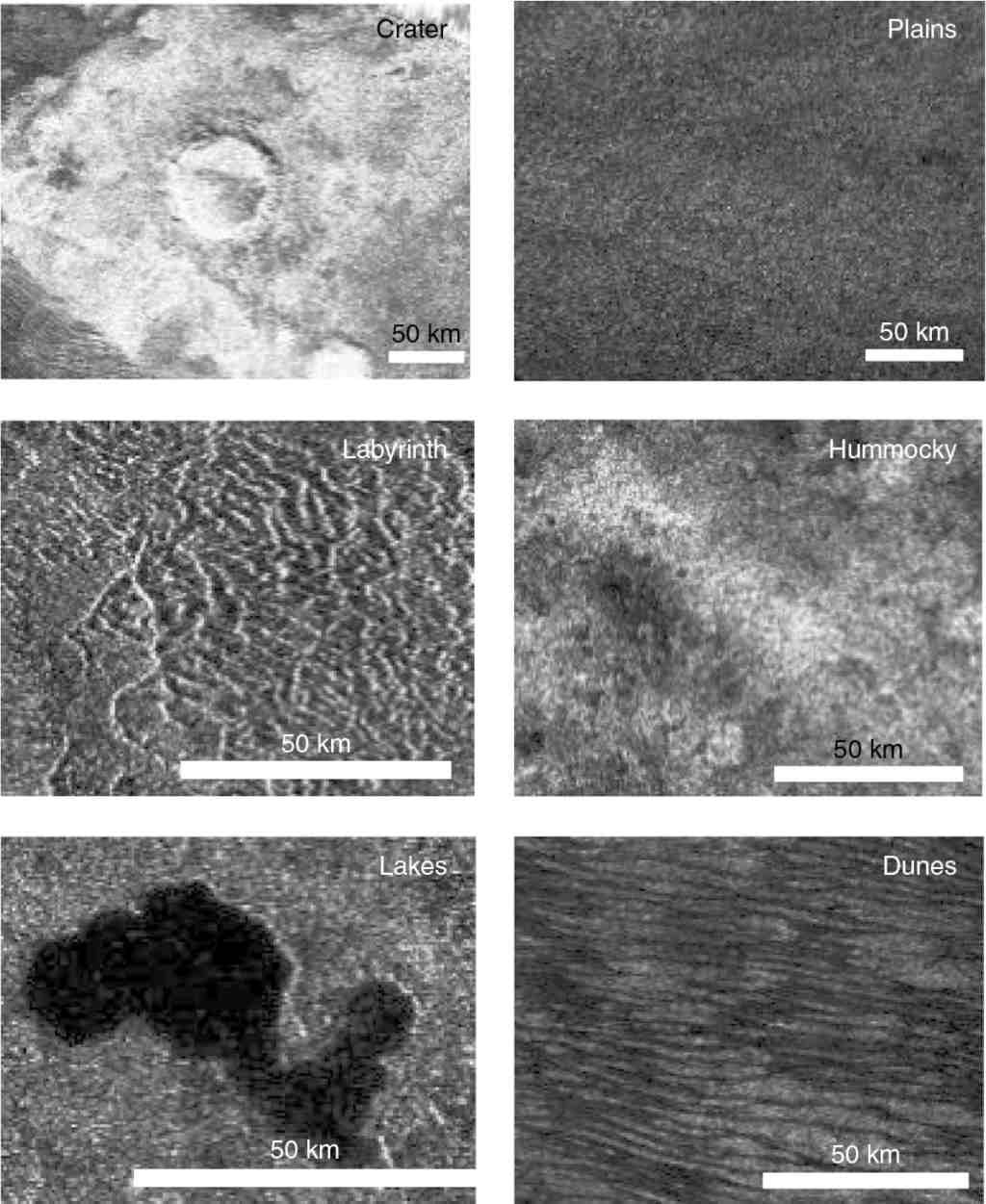 Among some spectacular features that set Titan apart, its surface was sculpted by the accumulation and erosion of sediment and showed "clear latitudinal variation, with dunes at the equator, plains at mid-latitudes and labyrinth terrains and lakes at the poles," the authors say in the study, published in Nature Astronomy.

The next mission to Titan will be Dragonfly, which NASA has scheduled to arrive on the wet planet by 2034. The geological map that Cassini has helped piece together comes seven years before the launch of the Dragonfly mission, which is also hosting a multi-rotor drone to study how suitable Titan’s chemistry is for life — human and otherwise.

If there comes a day when humans aren't fit to live on Earth anymore, or the possibility of touring the solar system opens up, here's hoping the wonderfully weird world that is Titan, is in the mix.