Salt pans save Mumbai from the worst floods but they are, currently, being threatened

In the run-up to the Maharashtra legislative assembly elections on October 21, 2019, the state’s Chief Minister Devendra Fadnavis, has announced several projects to woo voters. But one such announcement that went under the radar was the opening up of Mumbai’s ecologically sensitive salt pans for the development of low-cost housing.

In Mumbai, which is perennially land-starved, the salt pans are few of the remaining land parcels on which no development has happened so far. These environmentally sensitive land parcels have been under strict Coastal Regulation Zone (CRZ) rules which restrict development. But with the BJP having a strong majority at the centre and in Maharashtra, this may change. 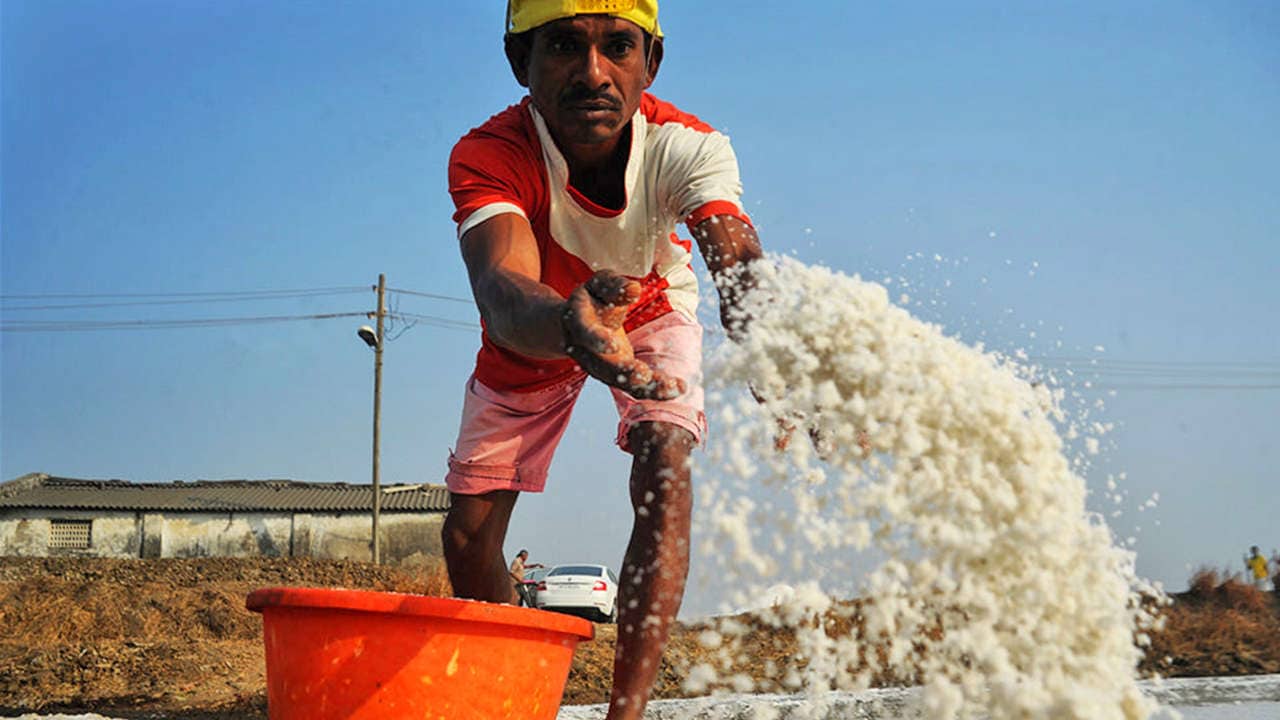 A worker at a salt pan. image credit: Uday Tadphale.

The low-cost housing project has been high on the agenda of the NDA government since it first came to power in 2014. Even during the 2019 election campaign, the Prime Minister had reiterated the promise of providing low-cost housing in the years ahead. The government has been scouting potential land parcels across the country which could be opened for development.

A senior Maharashtra government official, while requesting anonymity, explained that in the past few months, the BJP-led Maharashtra state government has given a green signal to the centre to put salt pans in the concurrent list of the Constitution of India. “This will empower the state to make its own laws for the use and development of salt pans. Before this, the jurisdiction of salt pans came under the union commerce and industry ministry and state government did not have any authority over them,” said the official. In the past as well, the Maharashtra government has expressed its desire to open-up salt pans for development in Mumbai.

The location of these salt pans is important because they act as natural barriers to prevent flooding in Mumbai. Along with mangroves, salt pans hold the seawater from entering the city and stop flooding. They are visited by several species of birds and different types of insects thrive on them as well.

However, with the new amendments by the government, a huge chunk of these wetlands will get de-notified and opened for developmental projects. The revision of the Wetlands (Conservation and Management) Rules in 2017 and changes to Mumbai’s Development Plan (DP) 2034, indicate that the government is working towards acquiring the salt pans for its ambitious low-cost housing project. The 2017 Wetlands rules now state that salt-pan lands are no longer marked as wetlands which removes restrictions for development.

According to the final draft of the DP 2034, 2,100 hectares of salt pan lands have been demarcated for the construction of one million affordable housing units, 1,100 hectares for tourism development and only 30 hectares for salt pans. The Bharatiya Janata Party has already cleared its intentions to open up the salt pans for real estate development while their ally Shiv Sena is strictly against it. image credit: Swayam Khanna.

The opening up of salt pans could mean a huge setback to the fragile ecology of the area. As per the Coastal Regulation Zone (CRZ) notification 2011, salt pans are ecologically sensitive areas falling under the category CRZ-1B, where no development activity is allowed, except exploration of natural gas and extraction of salts.

With Mumbai’s space challenges, a concession has been given to redevelop the NDZ (no development zone) areas under public-private partnerships (PPP) with the Floor Space Index (FSI) in line with the prevailing norms of the city.

If the plan goes through, out of the total of 5,300 acres, 1,781 acres of salt pans spread across the length and breadth of Mumbai will be opened up for development. In Mumbai, salt pans are situated in Mulund, Bhandup, Ghatkopar, Chembur, Wadala, Trombay, Jogeshwari, Malwani, Gorai, Bhayandar and Virar. These are locations on the eastern and western waterfronts of the Mumbai Metropolitan Region (MMR).

Even though the BJP is pushing for the opening of salt pans, its ally Shiv Sena which is fighting the assembly elections together is against it.

Kayande emphasised that their stand has always been clear that salt pan lands are very sensitive and are extremely fragile.

“The soil is porous which makes it almost impossible to build a concrete structure on. Also, the fear is that these vast tracts of land will be opened up in the name of low-cost housing and then someone will grab the land and develop it for private real estate. In a city like Mumbai, which is always prone to flooding, salt pans help in stopping the seawater from coming into the city. They are able to hold a large quantity of water from coming into the city,” she said. Salt pans are vital to Mumbai’s ecology and act as a natural barrier to flooding. image credit: Uday Tadphale.

The move to open up salt pans for development is significant for the real estate sector which, in Maharashtra and especially Mumbai, is closely linked to local politics.

However, a government structural engineer, who didn’t wish to be named, said all these concerns raised against allowing development works in salt pans are unfounded.

Salt pans are important for Mumbai and its ecology

Environmentalists are concerned about the proposal to open up these land parcels as they point out that they are very important for Mumbai’s ecology. Salt pans help in maintaining the ecological balance by supporting thousands of species of migratory birds.

“Salt pan lands fall under the CRZ-1 category because salt pan lands are situated within the low tideland and high tideland. Thanks to the CRZ rules, salt pan lands are protected and cannot be opened up for development,” Debi Goenka of the Conservation Action Trust told Mongabay-India.

“The low-cost housing project is not feasible. Building on salt pan land will incur additional costs. You have to do reclamation, you have to provide all the infrastructure because there is no infrastructure there. Water, drainage, electricity, everything has to be built from scratch. So these projects will be more difficult to execute and will be more expensive so there is no question of low-cost housing,” said Goenka. 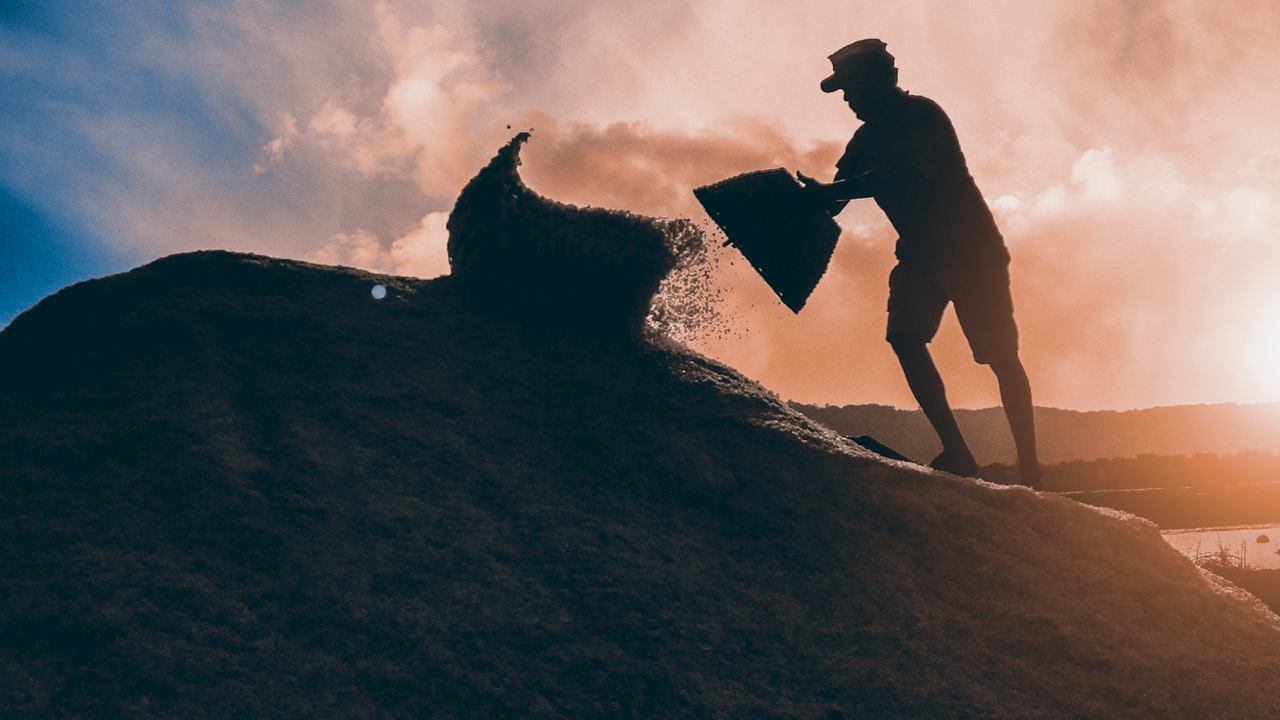 Mumbai has about 5,300 acres of salt pans and about 1,800 acres may soon be opened for low-cost housing projects.

He stressed that even the previous NDA government had floated this idea of low-cost housing 20 years ago. “Even then a high powered committee of ministers had studied the feasibility of the project but they were not able to execute it because it was clearly violating the CRZ laws,” he added.

Goenka stressed that the government “so far has not got any kind of clearance for opening the salt pans but “as and when any clearances are given and there is any kind of CRZ violation, we will challenge that in court.”

“For constructing, the level of the ground will have to be raised and this will result in severe flooding. It is not advisable. What the government is trying to do is relocate slum-dwellers from premium areas to remote areas and then hand over the premium areas to builders for development and open spaces are being exploited for this. Salt pans are protected under the CRZ rules and if they are destroyed then we will legally challenge the move,” Stalin said.