The world's northernmost nuclear power plant will start operating once connected to the local electricity grid.

"The Akademik Lomonosov floating nuclear plant arrived ... at Pevek, in the autonomous district of Chukotka," where it is to start operating by year-end once connected to the local electricity grid, Rosatom said.

What will be the world's northernmost nuclear power plant left Murmansk in Russia's far north on 23 August after being loaded with combustible nuclear fuel.

The 21-ton, 144-metre long and 30-metre wide platform, which is designed to meet the energy needs of remote communities, was towed into Pevek by a clutch of vessels.  The station houses two 35-megawatt reactors, more in line with the power of nuclear-powered ice breakers than typical new-generation nuclear plants boasting nearer 1,000 MW capacity.

The Akademik Lomonosov is to provide energy for around 100,000 people and also power oil platforms as Russia develops extraction of natural resources in a mineral-rich area whose eastern tip is a few dozen kilometres from Alaska. 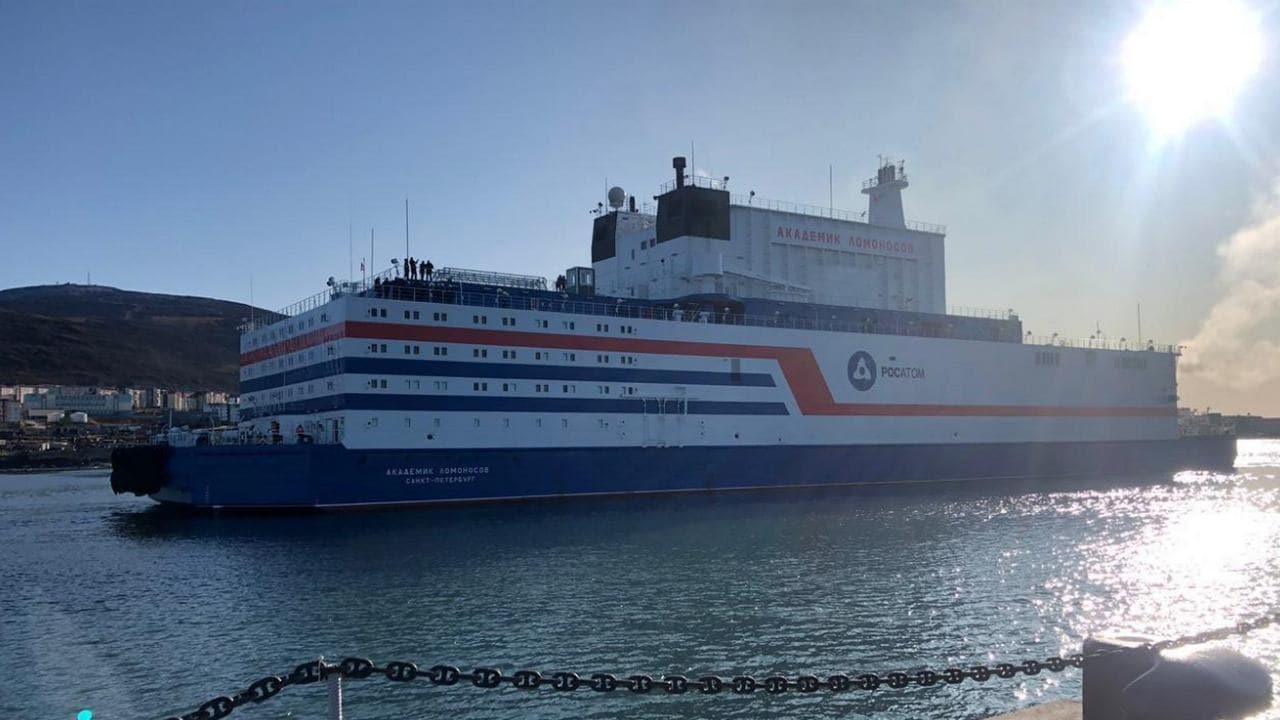 "It is perhaps a small step towards sustainable development in the Arctic — but it's a giant step towards decarbonisation of remote, off-grid zones and a turning point in the global development of small modular nuclear plants," Rosatom head Alexei Likhachev said in a statement.

Environmental groups led by Greenpeace Russia have, however, long criticised the project warning it will have "serious consequences" for a fragile ecosystem in case of storms or accidents.

Greenpeace has warned of the risk of a "nuclear Titanic" and "Chernobyl on ice" and environmental fears were heightened following an August explosion at a nuclear research facility in Russia's far north which saw local radiation levels briefly spike.

The nuclear industry generally has been looking to reinvent itself in a depressed market, notably by producing small-scale, modular reactors with attractive price tags to win over potential new clients.

The industry has been cheered by strong demand notably for nuclear-powered submarines as well as ice-breakers and aircraft carriers, increasingly destined for isolated and infrastructure-poor regions.