The robot FEDOR, copies human movements, a skill that allows it to help carry out tasks remotely.

An unmanned spacecraft carrying Russia's first humanoid robot to be sent into orbit successfully docked at the International Space Station on Tuesday, following a failed attempt over the weekend.

It blasted off Thursday in a Soyuz MS-14 spacecraft from a Russian spaceport in southern Kazakhstan and is due to stay on the ISS until September 7, learning to assist astronauts in the space station.

An aborted docking on Saturday had increased uncertainty over the future of Russia's space programme, which has suffered a number of recent setbacks. 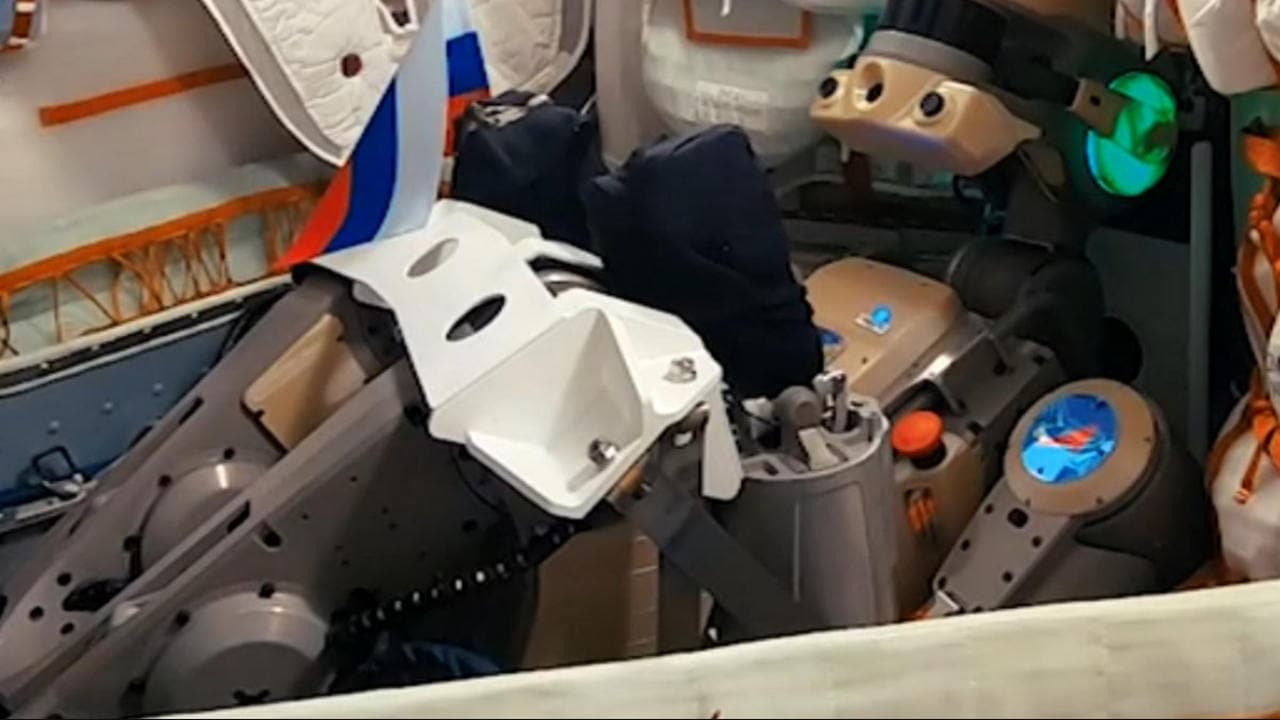 The Russian humanoid robot FEDOR being loaded into the spacecraft. image credit:Twitter

NASA said Saturday the craft had been "unable to lock onto its target at the station," and had "backed a safe distance away from the orbital complex while the Russian flight controllers assess the next steps".

Russian flight controllers had told the ISS crew it appeared the problem that prevented automated docking was in the station and not the spacecraft, NASA added.

Soyuz ships are normally manned on such trips, but this time no humans were travelling in order to test a new emergency rescue system.

The #SoyuzMS14 spacecraft docked to the Zvezda module of the International Space Station. The crew is now preparing to open the hatches.

The Soyuz ship delivered about 670 kg of dry cargo to the ISS pic.twitter.com/GWzO1vyoLK

Fedor is not the first robot to go into space. In 2011, NASA sent up Robonaut 2, a humanoid developed with General Motors that had a similar aim of working in high-risk environments. It was flown back to Earth in 2018 after experiencing technical problems.

In 2013, Japan sent up a small robot called Kirobo along with the ISS's first Japanese space commander. Developed with Toyota, it was able to hold conversations — albeit only in Japanese.

The International Space Station has been orbiting Earth at about 28,000 kilometres per hour (17,000 miles per hour) since 1998. Last October, a Soyuz rocket carrying an American and a Russian had to make an emergency landing shortly after lift-off — the first failure in the history of manned Russian flights.