Russia has become the first country in the world to approve a vaccine for the coronavirus, President Vladimir Putin announced Tuesday, though global health authorities say the vaccine has yet to complete critical, late-stage clinical trials to determine its safety and effectiveness.

Putin, who told a Cabinet meeting Tuesday morning that the vaccine “works effectively enough,” said that his own daughter had taken it. And in a congratulatory note to the nation, he thanked the scientists who developed the vaccine for “this first, very important step for our country, and generally for the whole world.”

The major powers are locked in a global race for a vaccine that President Donald Trump, Putin and China’s president, Xi Jinping, are treating as a proxy war for their personal leadership and competing national systems. The United States, with an effort called Operation Warp Speed, and China have poured billions into the pursuit, and health officials worry that Russia is trying to snatch a victory by cutting corners.

By skipping large-scale clinical trials, the Russian dash for a vaccine has raised widespread concern that it is circumventing vital steps — and potentially endangering people — in order to score global propaganda points. Russia’s vaccine sped through early monkey and human trials with apparent success. But Moscow was cautioned just last week by the World Health Organization not to stray from the usual methods of testing a vaccine for safety and efficacy.

Beyond that, the United States, Canadian and British governments have all accused Russian state hackers of trying to steal vaccine research. Russian officials have denied the accusations, and say their vaccine is based on a design developed years ago by Russian scientists to counter the Ebola virus. 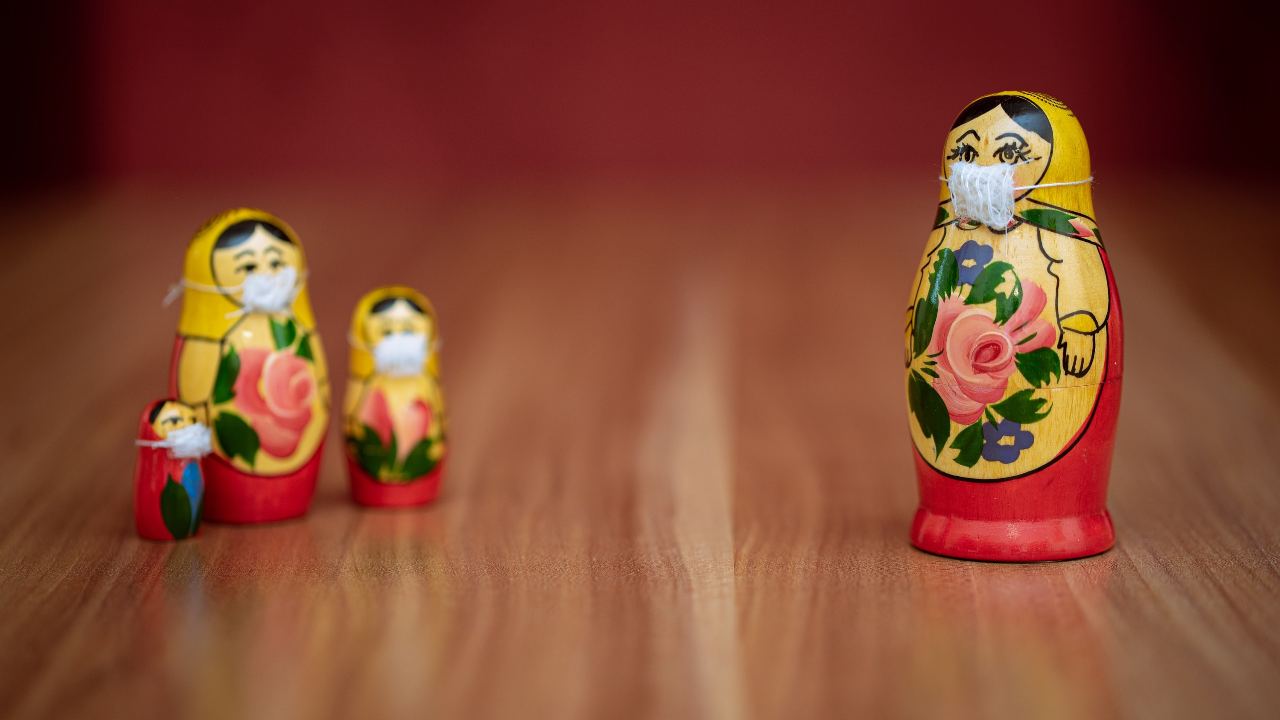 A vaccine is seen as the most likely avenue for defeating the novel coronavirus and alleviating a worldwide health crisis that has killed at least 734,900 people and decimated national economies. Western regulators have said repeatedly that they do not expect a vaccine to become widely available before the end of the year at the earliest.

Around the world, more than 30 vaccines — out of a total of more than 165 under development — are now in various stages of human trials. Currently, eight vaccines have entered the final phase of mass human testing, including ones produced by Moderna in the United States, Oxford University and AstraZeneca in Britain, and several Chinese companies.

Some of those Chinese companies have been accused of cutting corners themselves. One offered the vaccine to employees at the national oil company, while another has teamed up with the People’s Liberation Army to conduct human trials.

In Russia, the minister of health, Mikhail Murashko, has said the country will begin a mass vaccination campaign in the fall, and said Tuesday that it would start with teachers and medical workers this month.

In Moscow, the announcement was greeted with a mixture of national pride and nagging doubts by Russians who have been schooled by experience to treat such boasts with a healthy dose of skepticism.

Lidiya Ivleva, 70, a retired nurse out for a walk in a Moscow park Tuesday afternoon, embodied both sentiments. While calling the vaccine “a great achievement” for Russian scientists, she said she would not rush to get it herself because of the “hasty” testing.

“Those who fear the pandemic more will take it first, and good for them,” she said. If in a year or so it is clearly shown to be safe, she said, then she will reconsider.

Vaccines generally go through three stages of human testing before being approved for widespread use. The first two phases test the vaccine on relatively small groups of people to see if it causes harm and stimulates the immune system. The last phase, known as Phase 3, compares the vaccine to a placebo in tens of thousands of people.

The Russian scientific body that developed the vaccine, the Gamaleya Institute, has yet to conduct Phase 3 trials.

That final phase, however, is the only way to know with statistical certainty whether a vaccine can prevent an infection, and how effective it is. And because it tests a much larger group of people, a Phase 3 trial can also detect more subtle adverse effects of a vaccine that earlier trials could not.

Experts warn that, among other things, a faulty vaccine could actually render those inoculated more vulnerable to severe forms of COVID-19, the disease caused by the virus, a potential disaster that can be ruled out only through extensive testing on human volunteers.

The Russian vaccine uses two strains of adenovirus that typically cause mild colds in humans. Scientists genetically modified them to cause infected cells to make proteins from the spike of the new coronavirus, officials have said.

The approach is similar to the one used in a vaccine developed by Oxford University and AstraZeneca that is now undergoing Phase 3 tests in Britain, Brazil and South Africa.

The WHO is in close contact with Russian authorities and discussing proper procedures, Tarik Jasarevic, a spokesman for the organization, told reporters in Geneva on Tuesday. But he emphasized that obtaining the organization’s seal of approval would require “rigorous review of safety and efficacy data” derived from clinical trials.

The Russian Ministry of Health did not respond to detailed written questions sent last week about human trials and research into potentially harmful side effects.

The Gamaleya Institute developed the Russian vaccine using a human cell line first cultured in 1973 — the same line used in the Oxford-AstraZeneca vaccine. Like a number of other cell lines used in medical research and vaccine manufacturing, it began with cells taken from an aborted fetus, raising objections from abortion opponents that may come into sharper focus if the vaccine is used widely.

Russia’s announcement of a potential vaccine well ahead of the Western timeline of the end of the year could provide a welcome respite for Putin from a string of bad news.

Over the past year he has seen a steady decline in his approval ratings, which had soared to more than 80% after the annexation of Crimea in 2014. Now, with Russian troops bogged down in Syria and Libya, foreign adventures have lost their appeal for most Russians.

Putin has also stumbled in domestic affairs. He was uncharacteristically passive in the spring as Russia erupted into one of the world’s hot spots for the coronavirus pandemic. And he has had no answers for the economic malaise enveloping the country, as the pandemic has flattened prices for oil and other natural resources that are the main engine of the Russian economy.

Russia has already used the vaccine race as a propaganda tool, even in the absence of published scientific evidence to support its claims as the front-runner. The vaccine, for example, was branded Sputnik V, recalling the Soviet Union’s launch of a first satellite, beating the United States.

For the past several months, state television has promoted the idea that Russia is leading the competition. In May, it reported that the first person in the world to be vaccinated against the virus was a Russian researcher who had injected himself even before monkey trials had been completed.

Russia also tested the vaccine on soldiers, raising concerns about consent, though the Ministry of Defense said that all the soldiers had volunteered.

Kirill Dmitriev, the head of a government-controlled fund that invested in the vaccine, denied in a conference call with journalists Tuesday that Russia had cut corners on testing, or that it had stolen intellectual property to get ahead.

Dmitriev said Russia relied on a formidable legacy of research into viruses and vaccines in the Soviet Union and had focused on established technologies, like the approach already used for the Ebola vaccine.

He contrasted that history with Trump administration’s Operation Warp Speed program, which is financing research by Pfizer and Moderna for a genetic vaccine and supporting a variety of other experimental technologies. The Russian vaccine, he said, is “more proven, on a larger number of people, than any of the new technologies that people are trying.”

On Tuesday, the Trump administration announced a $1.5 billion agreement with Moderna to manufacture and deliver 100 million doses of its coronavirus vaccine, which entered a late-stage, Phase 3 clinical trial last month, the first to that mark in the United States.

If successful, the vaccine could become a geopolitical boon for Russia, recalling the Soviet Union’s mass exports of cheap vaccines to the developing world during the Cold War. Russia has already received orders for 1 billion doses from 20 countries and plans to manufacture the vaccine in Brazil, India, South Korea, Saudi Arabia and Cuba, according to the Gamaleya Institute.

If Russian scientists have taken an unorthodox route to the coronavirus vaccine, it would not be the first time. Back in the 1950s, a team of researchers tested a promising, and ultimately successful, polio vaccine on their own children.

No fixed timeline for completion of COVID-19 vaccination drive: Govt in Parliament