We need to reframe eco-anxiety to emphasize hope in the midst of human tragedy, existential threats and climate catastrophe.

For over a quarter of a century, United Nations climate negotiations have failed to reach a legally binding treaty. For instance, the failed 1997 Kyoto Protocol was modelled after the success of the 1987 Montreal Protocol, which legally required all nations to phase out chlorofluorocarbons (CFCs), a chemical used in refrigerators and air conditioners. Eco-anxiety — the difficult emotions caused by environmental conditions and knowledge — is on the rise. Global mean temperatures are rising, as are sea levels. Eco-anxiety will further rise if non-binding agreements, such as the 2015 Paris Agreement, don’t succeed. 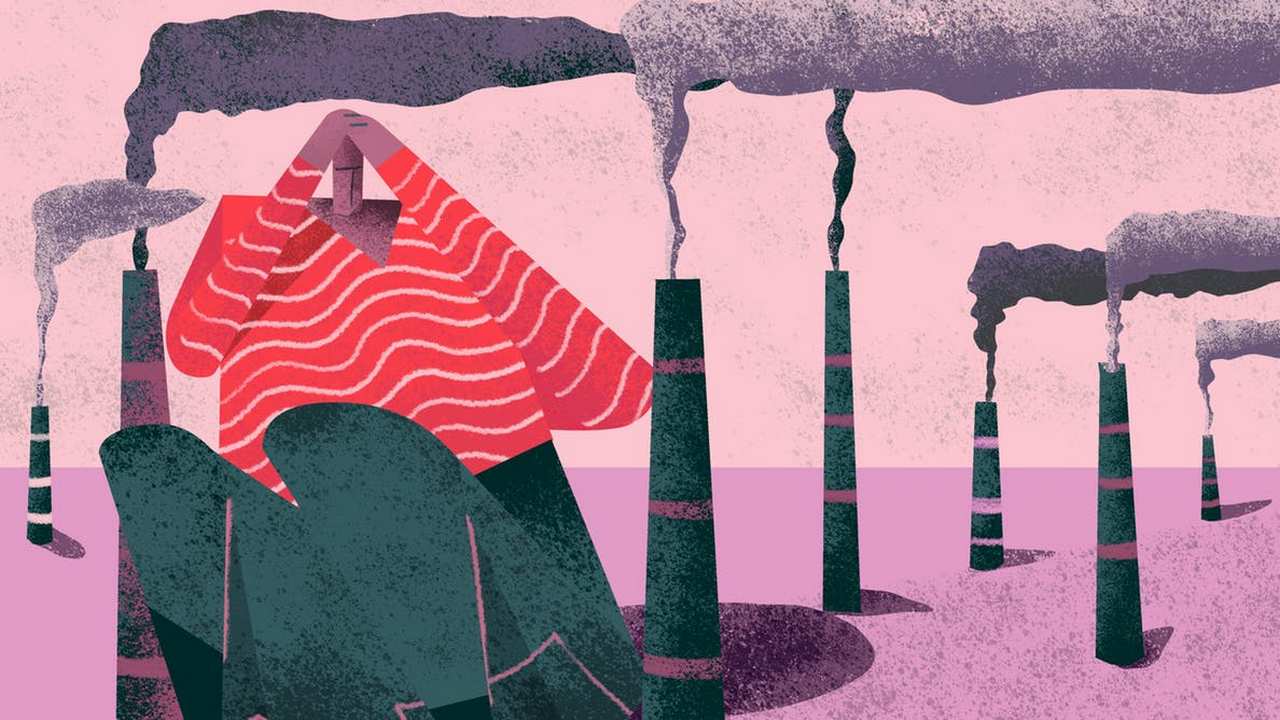 Worrying about climate change has an adverse effect on our health and addressing this has to be part of the fight. Image credit: Shutterstock

An Intergovernmental Panel on Climate Change (IPCC) report on the impacts of global warming predicts that if the current trend of global warming continues there will be a major climate catastrophe within our lifetime. More than 11,000 scientists from 153 countries warn that climate change is threatening ecosystems and humanity. Biologists fear the sixth mass extinction of species. According to the Intergovernmental Science-Policy Platform on Biodiversity and Ecosystem Services, currently, one million species are at risk of extinction.

Our food systems have become vulnerable due to the loss of biological diversity of plant and animal species: we are anxious about hunger and food security, safety and fraud. As a researcher who examines just and sustainable transitions in food systems, I clearly see that climate change puts additional pressure on already vulnerable food systems and populations.

There is no shortage of commitments and declarations. Governments at different levels across the world have been declaring a climate emergency — over 1,000 jurisdictions and counting. On June 17, 2019, the Canadian House of Commons passed a motion to declare a national climate emergency.

The declarations of climate emergency might help to increase the mobilization of financial and human resources for climate actions. Additionally, the use of wartime language can exacerbate fear, panic and depression among those who are already vulnerable to other sources of anxieties. These sources include anxiety arising from chronic food shortages and ethical production and consumption.

The IPCC Special Report on Climate Change and Land, to which I have also contributed, recommends eating less red meat. This report estimates that livestock, crop, fertilizer and fossil fuel use in agriculture account for about 21 to 37 per cent of global greenhouse gas emissions.

Canada’s Food Guide recommends reducing meat, egg and dairy consumption in favour of plant-based protein sources. In Canada, agriculture was responsible for about 10 per cent of national greenhouse gas emissions, the largest share coming from livestock.

A low-carbon food future will clearly disrupt employment and jobs in industrial food systems. One way to secure a sustainable and just food future could be to promote agroecology, which combines science and social movements to transform carbon-intensive industrial agriculture into low-carbon and climate-resilient food systems. Eco-anxiety should be recognized and addressed as a social practice together with other sources of anxieties, including food anxiety. We should avoid isolating or blaming those who are affected by it. And people are increasingly refusing to live in a constant state of fear. As a result, climate anxiety has sparked mass movements across the world, like the school strike for climate and the Extinction Rebellion.

We need to reframe eco-anxiety to emphasize hope in the midst of human tragedy, social collapse, existential threats and climate catastrophe.

People who are anxious about climate change can benefit from facilitated engagement in climate science. The Environmental Health Clinic at New York University provides a space to talk about climate concerns and prescribe local climate actions as a social practice of reducing eco-anxiety.