As the year 2019 draws to a close, we take a look at how India performed in managing its forests, water and waste.

India approved 99 percent of proposals to fell forests for non-forestry uses (until June 2019). It ranked 13th among the most water-stressed nations in 2019. And as the prime minister urged the nation to stop using single-use plastic, states and cities remained underprepared.

In the first six months of 2019, out of 240 proposals seeking diversion of forest land, the government of India only rejected seven — 98.99 percent of forest land considered for diversion was allowed to be put to non-forestry uses, as per this August 2019 analysis of the Legal Initiative for Forest and Environment (LIFE), a Delhi-based advocacy.

This rate of diversion “is a matter of serious concern”, said the analysis.

The forest area approved for diversion till June 2019 was about 92.20 sq km. This, combined with diversion approvals from 2017 and 2018, amounts to 588.20 sq km — larger than the union territory of Puducherry — according to the analysis. About 43 percent of forest land recommended for diversion in 2019 falls in ecologically sensitive wildlife habitats, the analysis said. Over 500 projects were cleared in India’s Protected Areas and their ‘Eco-Sensitive Zones’ by the National Board of Wildlife over the four years of the Narendra Modi-led National Democratic Alliance government between June 2014 and May 2018. In comparison, the preceding United Progressive Alliance (UPA) government had cleared 260 projects between 2009 and 2013, as IndiaSpend reported in September 2018.

No more than 1.1 percent of projects were rejected annually, on average, between June 2014 and May 2018, dropping from 11.9 percent under the previous UPA government between 2009 and 2013, according to an analysis by the Delhi-based advocacy, Centre for Science & Environment.

These compensatory plantations, often monoculture adding little value to biodiversity, are further leading to state-approved violation of the rights of forest dwellers, IndiaSpend reported on June 25, 2019.

After two consecutive below-normal monsoons in 2017 and 2018, many parts of India again faced an acute water shortage — with Chennai becoming the face of the crisis when the water level in the city’s reservoir plunged to one percent of capacity. The crisis was exacerbated by the delayed 2019 monsoon, IndiaSpend reported on 5 June 2019.

India — where 600 million people, half the population, face “high-to-extreme” water stress every year — ranked 13 on a global list of water-stressed countries in August 2016. The countries ranking above India are the ones belonging to the arid and semi-arid regions of Africa, the Middle East and South Asia, receiving almost half of India’s annual rainfall and possessing fewer natural water sources, IndiaSpend reported in August 2019. The Narendra Modi government on starting its second term, on 31 May 2019, had declared it would bring piped drinking water to every household by 2024 under a ‘Nal Se Jal’ scheme. The mission would be undertaken by a newly formed Jal Shakti ministry, which amalgamates the ministries of water resources, river development and Ganga Rejuvenation with the ministry of drinking water and sanitation.

The first challenge would be the availability of water, IndiaSpend said in its June report. Groundwater in India is depleting at an unsustainable rate, and 40 percent of India’s population will have no access to drinking water by 2030. By 2050, water stress will cause a six percent loss in its gross domestic product when the demand for water will exceed supply. This scarcity of water will also increase the country’s health burden: Currently, 200,000 Indians die every year due to inadequate access to safe water.

Under the ‘Nal Se Jal’ scheme, the government aims to supply 55 litres of piped water per person per day. Currently, no more than 18.41 percent of rural houses have access to piped water, showing up the scale of infrastructure-building required to connect 16 percent houses to piped water every year until the end of 2024 to reach the target.

In the ‘Nal Se Jal’ scheme, “we are giving more preference to infrastructure” and neglecting the importance of local water bodies, Mahreen Matto, water management expert at the Delhi-based think-tank Centre for Science and Environment, wrote in Down To Earth in July 2019. “...the moot questions are: what will happen if there is no water to supply? What will happen to all the wastewater that gets generated?”

Prime Minister Narendra Modi on many occasions in 2019 announced plans to rid the country of single-use plastic by 2022.

After this, many states, public and private organisations moved towards plastic-free processes. Most prominent declarations were: Odisha, Goa and Andhra Pradesh banned single-use plastic; Assam government banned it in the secretariat premises; Kolkata municipal corporation banned it in the city; the Airports Authority of India banned it in more than 40 percent of its airports.

India generates 9.46 million tonnes of plastic waste annually — 946,000 truckloads at 10 tonnes a truck — of which 40 percent remains uncollected, as per an August 2019 study by Un-Plastic Collective, a voluntary multi-stakeholder initiative to eliminate plastic pollution and move towards a circular economy. 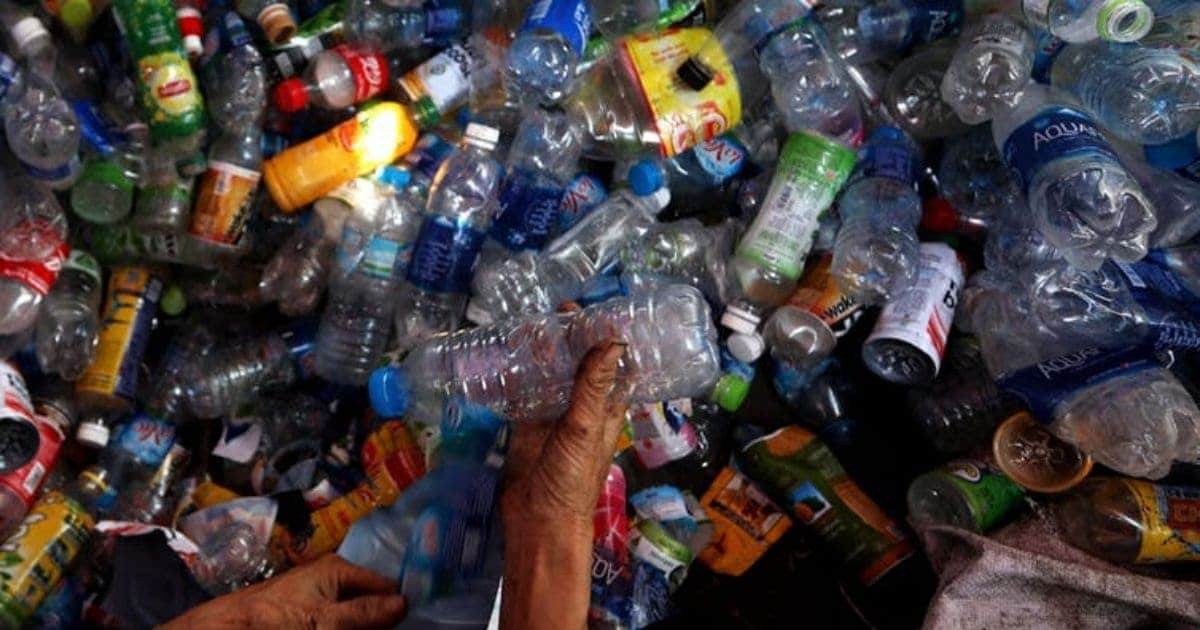 It mostly ends up choking landfills, drains and rivers and flows into the sea where it is ingested by marine animals. It leaches into the soil and water, contaminating the natural environment with poisonous dioxins, as IndiaSpend reported on 2 April 2019.

Accurate data on plastic waste generation, collection and disposal are integral to how a country formulates its policy on waste management, but the country’s official numbers are incomplete, our report said. India is unlikely to be free of single-use plastic by 2022 as the annual plastic consumption is expected to cross 20 million tonnes in 2020.

Despite the notification of the Plastic Waste Management Rules, 2016, and amendments made two years later, most cities and towns are not able to efficiently implement the rules, as IndiaSpend reported on 18 April 2019.

India's total fertility rate declines from 2.2 to 2.0, according to fifth round of National Family Health Survey