Researchers have now found evidence that some of the world's most impressive diamonds originated much deeper in the Earth's mantle than earlier thought.

According to a report in Phys.org, this means that the Smithsonian's famous Hope diamond may actually have originated from more than three times deeper in the Earth than other diamonds.

The report adds that the Cullinan diamond from the 'Crown Jewels' may too be a "super-deep" gemstone. 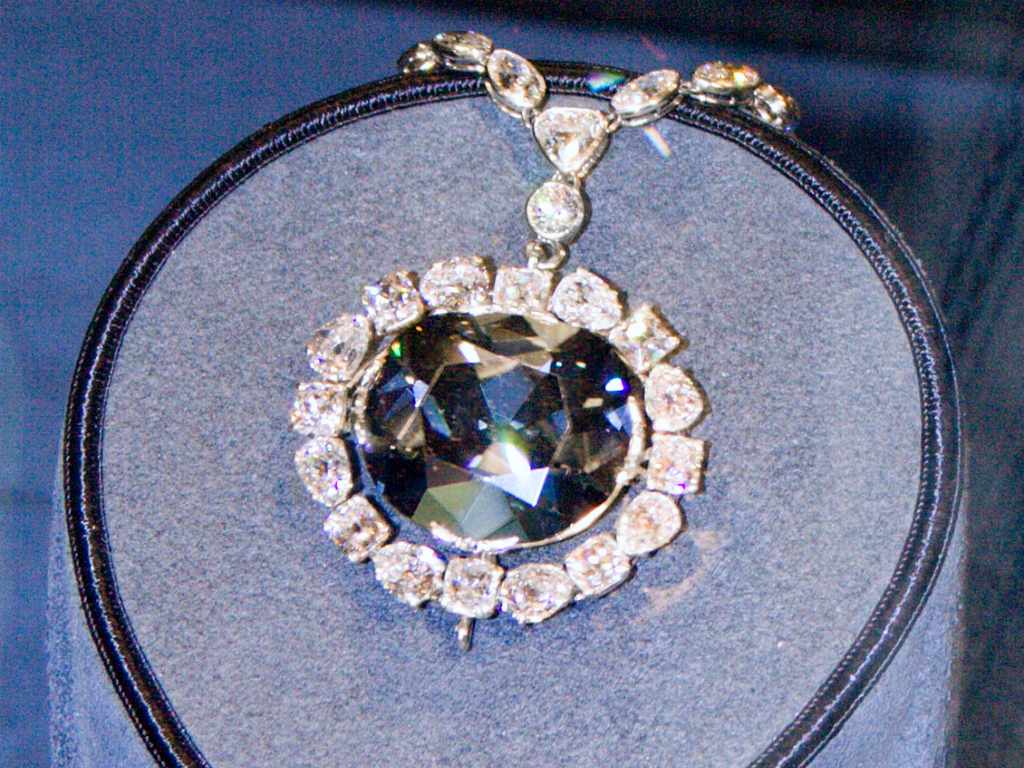 The Smithsonian's famous Hope diamond may actually have originated from more than three times deeper in the Earth than other diamonds. Image credit: WIkipedia

A report in Daily Mail says that the largest rough diamond ever found, weighing 3,106.76 carats, the Cullian was unearthed from a mine in South Africa in 1905. The diamond was brought by the Transvaal Colony government in 1907 and presented to King Edward VII as a gift.

The King, subsequently, had the rough stone cut by Amsterdam's Joseph Asscher & Company to form nine major stones and 96 minor stones. The two of the largest stones sit in pride positions as the centrepieces in the Crown Jewels.

Dr Evan Smith of the Gemological Institute of American (GIA), while presenting the world at the Goldschmidt geochemistry conference confirmed that the first large gem diamonds are confirmed to originate from Earth's lower mantle, which is several times deeper than most other diamonds, reported Eurekalert.

Smith added, "The results support earlier predictions based on smaller gems, suggesting that diamonds with properties similar to those studied, including both the Cullinan and Hope diamonds, are super-deep diamonds". The diamonds was found in a mine in South Africa in 1905 ans presented to King Edward VII as a gift. Image credit: Wikipedia

According to a report in New Atlas, researchers at the Gemological Institute of America (GIA) say they’ve found evidence of diamonds forming closer to the mantle. As per the report, the team studied two large diamonds – a 20-carat type IIb blue diamond discovered in South Africa, and a 124-carat CLIPPIR diamond from Lesotho. Using a spectrometer, they found the remains of a mineral called bridgmanite, which is a smoking gun for a super-deep formation.

Smith revealed that Bridgmanite does not exist in the upper mantle. The researcher added, "What we actually see in the diamonds when they reach the surface is not bridgmanite, but the minerals left when it breaks down as the pressure decreases. Finding these minerals trapped in a diamond means that the diamond itself must have crystallized at a depth where bridgmanite exists, very deep within the Earth.”

This means that the Hope Diamond, on display in the Smithsonian, is a type IIb blue diamond and the Cullinan diamond is a CLIPPIR diamond. Both of them are thus likely to be "super deep" diamonds.

First Take | When domestic abuse in cinema hit us hard