New drugs are needed to fight growing resistance to the most effective antimalarial, artemisinin.

In the ongoing hunt for more effective weapons against malaria, international researchers said Thursday they are exploring a pathway that has until now been little studied – killing parasites in the liver, before the illness emerges.

"It's very difficult to work on the liver stage," said Elizabeth Winzeler, professor of pharmacology and drug discovery at University of California San Diego School of Medicine.

"We have traditionally looked for medicines that will cure malaria," she told AFP.

For the latest research, published in the journal Science, scientists dissected hundreds of thousands of mosquitoes to remove parasites inside them.

Each parasite was then isolated in a tube and treated with a different chemical compound – 500,000 experiments in all.

Researchers found that certain molecules were able to kill the parasites.

After around six years of work, 631 candidate molecules for a "chemical vaccine" have been identified – a normal vaccine that would allow the body to make antibodies. 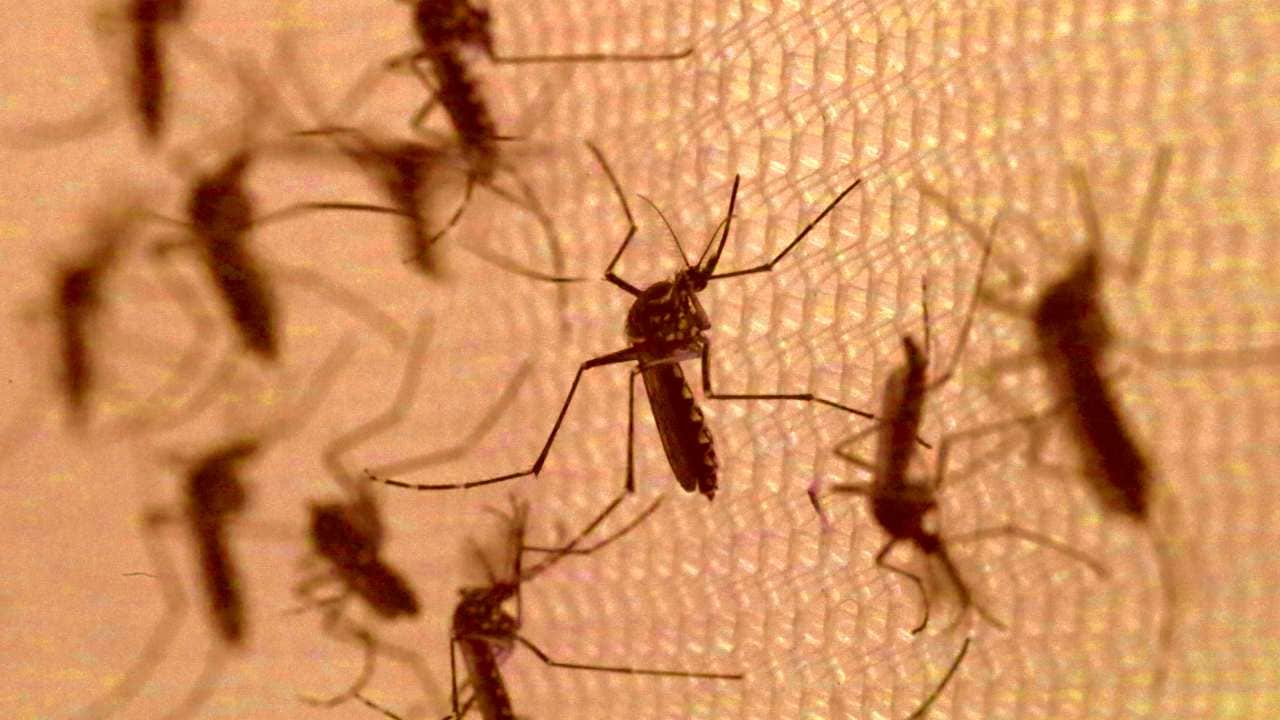 There's a good chance that one the 631 compounds in the study could put an end to the deadly Anopheles bite. Reuters

"If you could find a drug that you give on one day at one time that will kill all the malaria parasites in the person, both in the liver and in the bloodstream, and last for three to six months. Yeah, that'd be super but there is no drug like that right now," said Larry Slutsker, the leader of PATH's Malaria and Neglected Tropical Diseases (NTDs) programs.

Reducing the number of doses is crucial.

That's because many medications available today must be taken over three days, said David Reddy, CEO of Medicines for Malaria Ventures.

But often, after the first dose, a child begins to feel better and the fever lessens. Parents then keep the other two doses in case another of their children falls ill.

"That has two impacts. First, the child does not get cured properly and secondly it builds drug resistance," Reddy said.

Malaria is caused by a miniscule parasite, called Plasmodium.

Female (Anopheles) mosquitoes transmit the parasite when they bite people for a meal of blood (males do not bite).

Then, the parasite lodges in the liver and multiplies. After a couple of weeks, the population explodes and parasites run rampant in the blood. 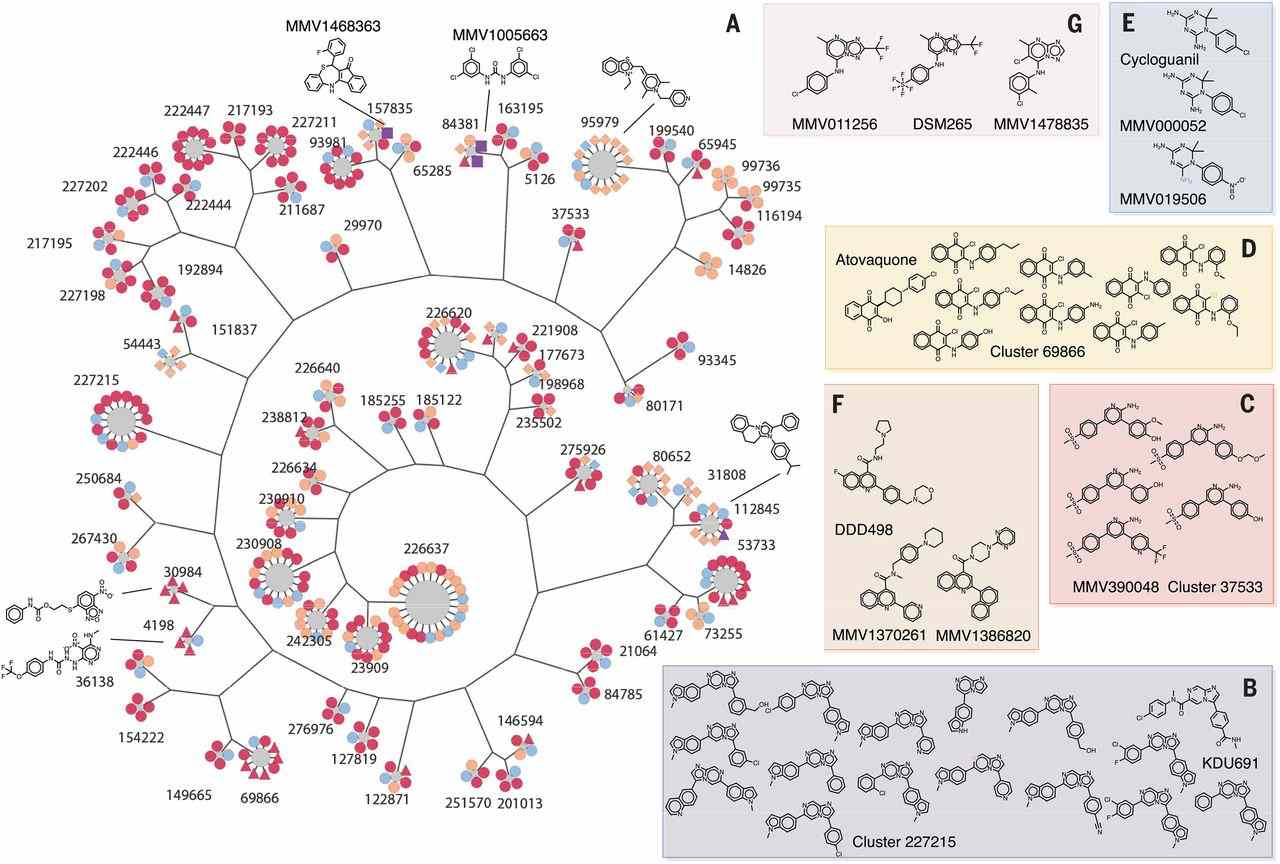 A map of 405 compounds from 68 different chemical 'clusters' that show promise. The clusters of active compounds are represented in a hierarchical tree to show connections between the different groups of compounds. Image credit: Science

At this stage, fever, headache and muscle pain begins, followed by cold sweats and shivering. Without treatment, anemia, breathing difficulties and even death can follow, in the case of Plasmodium falciparum, which is dominant in Africa.

The research published Thursday offers a "promising path, as long as it last several months," said Jean Gaudart, professor of public health at the University of Aix-Marseille.

Gaudart said new approaches are necessary because resistance is on the rise in Asia against the most effective treatment using artemisinin, derived from a Chinese plant.

Now it's up to researchers to confirm which of the 631 molecules identified have a real shot at wiping out this global scourge.

The World Health Organization said last month that global efforts to fight malaria have hit a plateau, with two million more cases of the killer disease in 2017 – 219 million – than the previous year.

Malaria killed 435,000 people last year, the majority of them children under five in Africa.

The first malaria vaccine for children – called RTS,S – will be distributed in these African countries in 2019, though it only reduces the risk of malaria by 40 percent after four doses.

Despite billions of dollars spent, the world still has not found a real effective solution to malaria.

US CDC introduces new tick and mosquito repellent made from grapefruit, cedar trees