While not a cure, this advance could significantly reduce the near-term impact on global warming.

Researchers have developed a new catalyst that can help turn carbon dioxide from car exhaust pipes and other sources into fuels like natural gas or propane.

Several recent studies have shown some success in this conversion, but the latest approach from engineers at Stanford University in the US yields four times more ethane, propane and butane than existing methods that use similar processes.

While not a climate cure-all, the advance could significantly reduce the near-term impact on global warming, according to the study published in the journal Angewandte Chemie. "One can imagine a carbon-neutral cycle that produces fuel from carbon dioxide and then burns it, creating new carbon dioxide that then gets turned back into fuel," said Matteo Cargnello, an assistant professor at Stanford, who led the research.

Although the process is still just a lab-based prototype, the researchers expect it could be expanded enough to produce usable amounts of fuel.

Next steps include trying to reduce harmful byproducts from these reactions, such as the toxic pollutant carbon monoxide, the researchers noted.

The group is also developing ways to make other beneficial products, not just fuels. One such product is olefins, which can be used in a number of industrial applications and are the main ingredients for plastics, they said.

Previous efforts to convert CO2 to fuel involved a two-step process. The first step reduces CO2 to carbon monoxide, then the second combines the CO with hydrogen to make hydrocarbon fuels.

The simplest of these fuels is methane, but other fuels that can be produced include ethane, propane and butane.

Ethane is a close relative of natural gas and can be used industrially to make ethylene, a precursor of plastics. Propane is commonly used to heat homes and power gas grills. Butane is a common fuel in lighters and camp stoves. 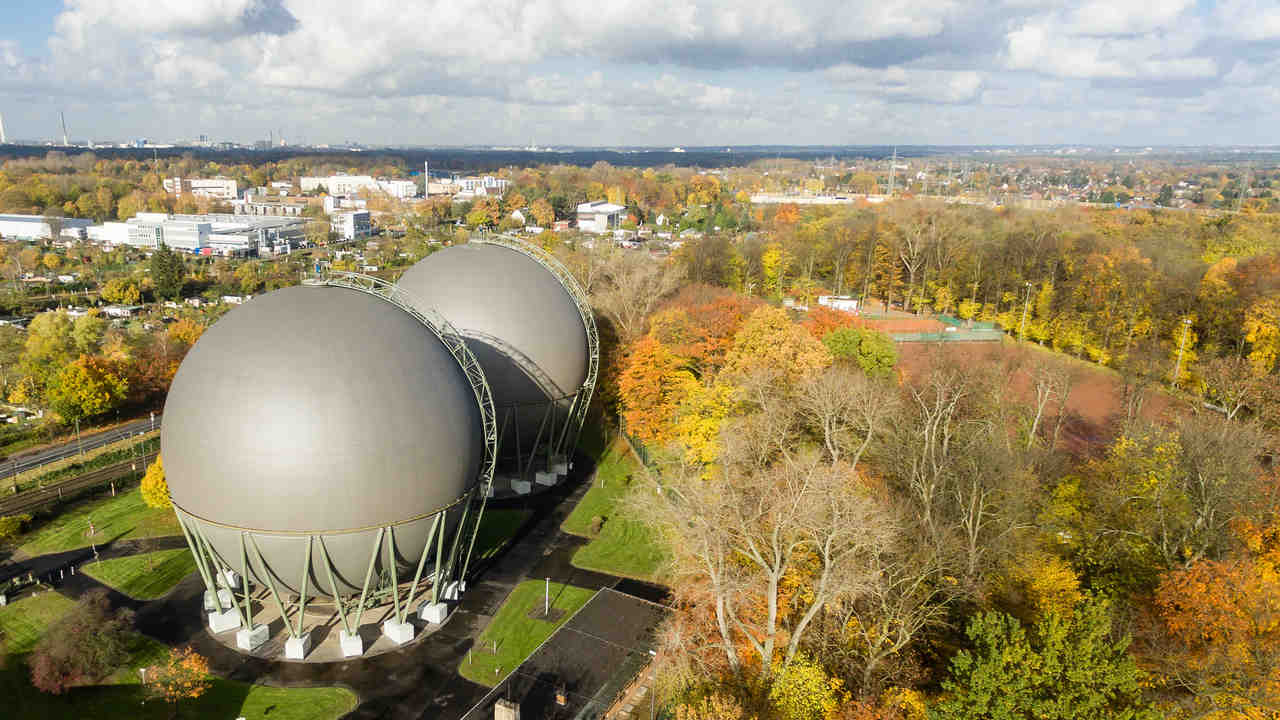 This new method can turn the carbon dioxide that is released from cars into natural gas. Image credit: Flickr/Marco Verch

Cargnello thought completing both steps in a single reaction would be much more efficient, and set about creating a new catalyst that could simultaneously strip an oxygen molecule off CO2 and combine it with hydrogen.

Catalysts induce chemical reactions without being used up in the reaction themselves.

The team succeeded by combining ruthenium and iron oxide nanoparticles into a catalyst.

"This nugget of ruthenium sits at the core and is encapsulated in an outer sheath of iron," said Aisulu Aitbekova, a doctoral candidate in Cargnello's lab and lead author of the paper.

"This structure activates hydrocarbon formation from CO2. It improves the process start to finish," Aitbekova said.