Experts have warned that the virus in all likelihood capitalizes on the scarred lungs of smokers and vapers.

Twenty-year-old Janan Moein vaped his first pen a year ago. By late fall, he was blowing through several THC-laced cartridges a week — more, he said, than most people can handle.

Then in early December, he found himself in the emergency room of Sharp Grossmont Hospital in San Diego with a collapsed lung and a diagnosis of vaping-related lung illness. His hospital stay plunged him into a medically induced coma, forced him onto a breathing machine and stripped nearly 50 pounds off his 6-foot-1-inch frame in just two weeks.

At one point, Moein said, his doctors gave him a 5% chance of survival. He resolved that the wax pen he had vaped before his hospitalization would be his last.

When he contracted a mild case of COVID-19 during a family barbecue three months ago, he knew he had quit not a moment too soon. “If I had caught COVID-19 within the week before I got really ill, I probably would have died,” he said.

Since the start of the pandemic, experts have warned that the coronavirus — a respiratory pathogen — most likely capitalizes on the scarred lungs of smokers and vapers. Doctors and researchers are now starting to pinpoint the ways in which smoking and vaping seem to enhance the virus’s ability to spread from person to person, infiltrate the lungs and spark some of COVID-19’s worst symptoms.

“I have no doubt in saying that smoking and vaping could put people at increased risk of poor outcomes from COVID-19,” said Dr. Stephanie Lovinsky-Desir, a pediatric pulmonologist at Columbia University. “It is quite clear that smoking and vaping are bad for the lungs, and the predominant symptoms of COVID are respiratory. Those two things are going to be bad in combination.”

Last year’s vaping crisis, during which thousands of people like Moein were sickened and hospitalized with severe lung and respiratory illnesses, underscored the hazards of many e-cigarette and vaping products, especially illicitly sold marijuana-based vapes.

But while several studies have found that smoking can more than double a person’s risk of severe COVID-19 symptoms, the data on the relationship between vaping and COVID-19 are only beginning to emerge. A team of researchers recently reported that young adults who vape are five times more likely to receive a coronavirus diagnosis. 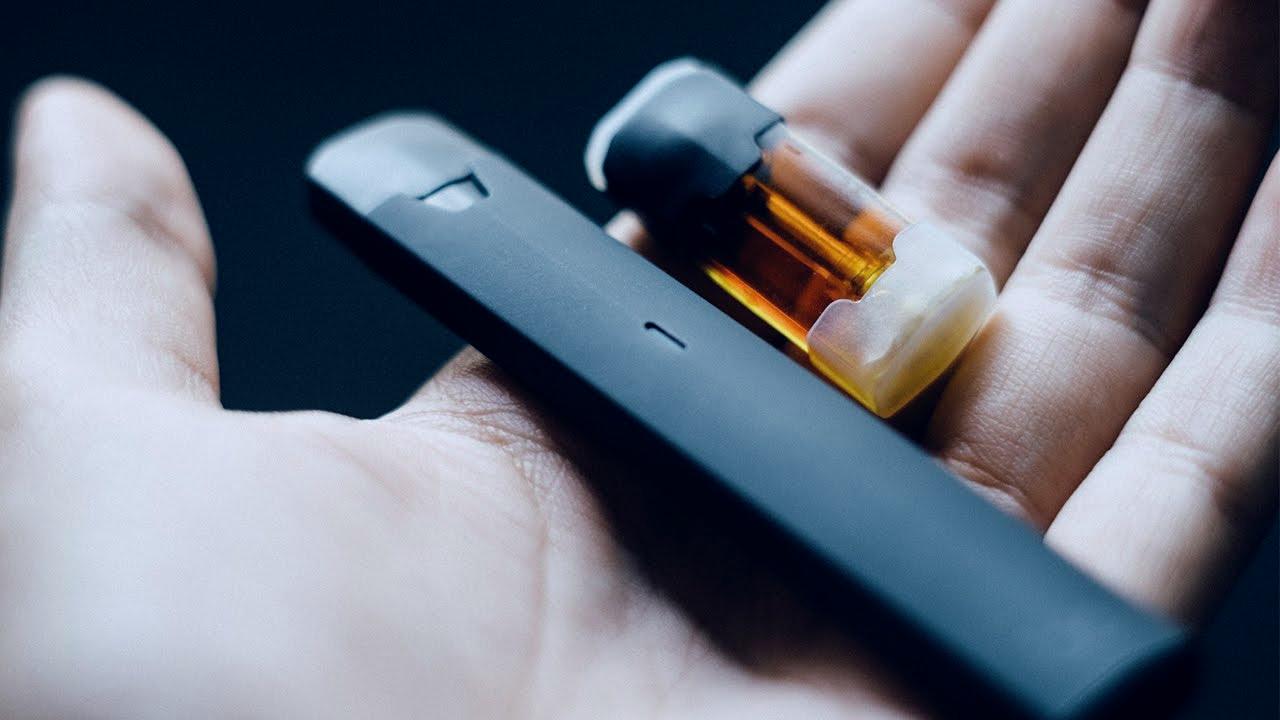 These and other lingering questions have made the risks of smoking and vaping during the pandemic tough to communicate.

James Ippolito, a 26-year-old Army veteran who lives in Hingham, Massachusetts, has been hooked on vaping nicotine for about six years. “I vape every day, all day long,” Ippolito said.

The looming threat of the virus doesn’t intimidate him. “I hate to say it, but if I got the virus, I would still be vaping — I wouldn’t even think it was related,” he said.

Such stubbornness troubles experts, who pointed out that COVID is hardly the first disease to hit smokers and vapers harder.

“Lungs aren’t designed to regularly breathe in smoke and vape,” said Dr. Drew Harris, a pulmonologist at UVA Health in Virginia. These products, he added, “do just about everything bad you can think of.”

About 34 million adults smoke cigarettes in the United States, many of them from communities of color and low socioeconomic status — groups already known to be more vulnerable to the virus. And more than 5 million middle and high school students recently reported using vapes.

The active contents of cigarettes and vapes vary immensely, ranging from nicotine to THC, the high-inducing ingredient in marijuana. But many experts are more concerned about the other ingredients that tend to accompany them: additives like heavy metals and vitamin E acetate, which bathe the lung in toxins and ultrafine particles that can poison or pulverize delicate tissues.

Decades of research have unmasked smoking’s ability to put the immune system on the fritz. The punch of harmful chemicals packed into each puff is thought to discombobulate the system of checks and balances needed to direct disease-fighting cells and molecules toward harmful invaders like germs, while waylaying any misguided attacks on healthy tissues.

A body hamstrung by a smoking habit can struggle to rouse a sufficient defense against viruses — but has little trouble turning its arsenal of weapons inward. Eventually, deteriorating lungs can become chronically inflamed and awash with mucus, narrowing the airways and stymieing the flow of oxygen into the blood. Certain patients may end up with lungs pockmarked by scar tissue, further impeding the movement of air.

Lovinsky-Desir describes the internal architecture of these tissues as bunches of gas-filled grapes, enmeshed in a network of blood vessels. “Chronic smoking destroys those grapes,” she said. “They become saggy and floppy.”

Smoke can also compromise little hairlike structures known as cilia that boot toxins and microbes out of the airways, making it easier for pathogens to set up shop in the lungs.

Should a virus then enter the mix, Lovinsky-Desir said, “it will cause more destruction,” clogging the already damaged grapes with a glut of cellular debris. Years of data have borne out these relationships. Smokers who catch the flu, for instance, are more likely than nonsmokers to wind up in the hospital. 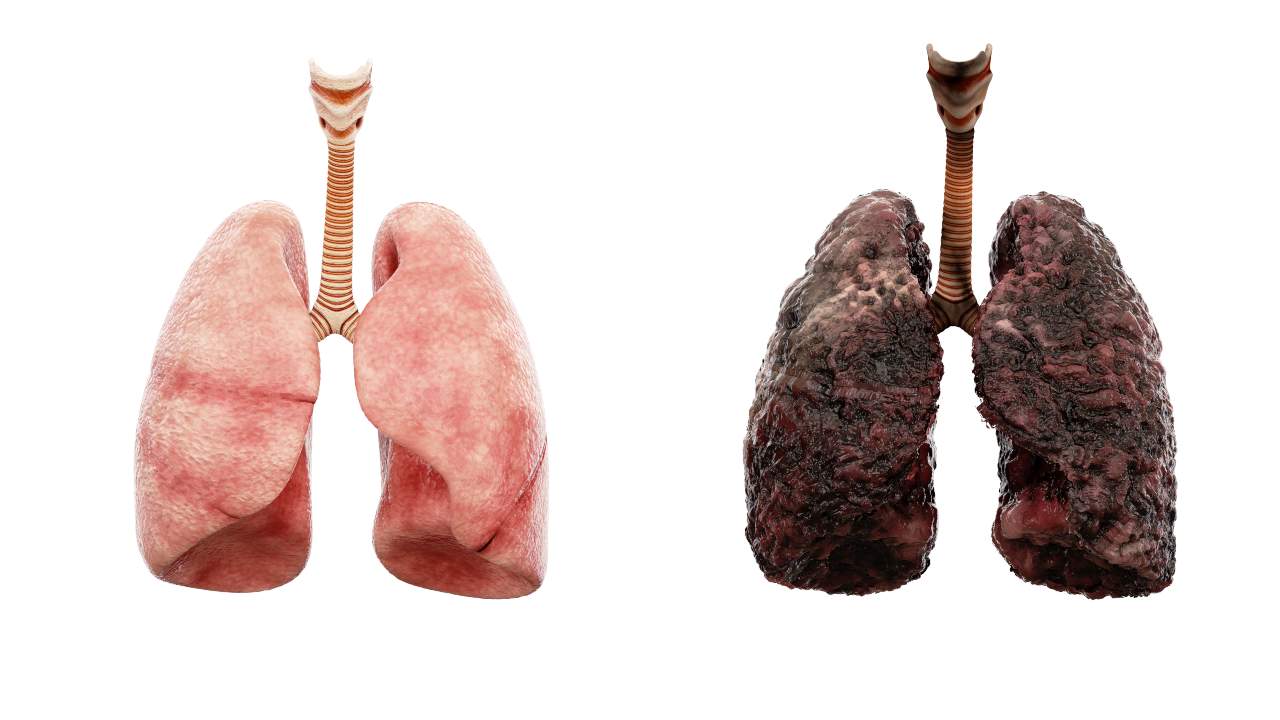 Less is known about vaping, a relative newcomer. But similar trends have been noted for e-cigarettes and vape pens. Several studies have shown that vaping makes mice more vulnerable to bacteria and viruses, and sends surges of inflammation throughout the body, beyond the boundaries of the lungs.

Moein was one of thousands who last year fell prey to a disease called e-cigarette or vaping-associated lung injury, or Evali. Many Evali patients had vaped products containing a sticky substance called vitamin E acetate, which has been found in the branded Dr. Zodiak cartridges Moein preferred.

“My lips were blue,” he said. “They had to tape my eyes shut. I was hallucinating the entire time that the nurses were trying to kill me, that the walls were made of human skin. It was a really bad situation.”

Nearly a year later, Moein, a towering athlete who played competitive sports in high school, said he was now once again “very healthy.”

But Dr. Laura Crotty Alexander, a pulmonologist and vaping expert at University of California San Diego and one of Moein’s doctors, said experts were still teasing apart the potential long-term effects of vaping, even brushes briefer than his.

“Just because he feels 100% recovered doesn’t mean his lung function returned to 100%,” she said.

After peaking last September, emergency department visits linked to Evali plummeted. But the Centers for Disease Control and Prevention has not updated their counts since February, leaving experts worried that concerns over vaping have fallen to the wayside. “This has not gone away from patients,” said Michelle Eakin, a pulmonary disease expert at Johns Hopkins University.

Crotty Alexander noted that she and other researchers have struggled to follow up on many of last year’s Evali cases, paradoxically thanks to a pandemic that might hit some of these patients especially hard.

Early evidence hints that the virus may have an easier time breaking into the bodies of smokers and vapers. Smoking appears to alter the surfaces of certain cells, prompting them to coat themselves with more of a molecule called ACE-2 — the protein the coronavirus uses to break into its targets.

“If you have higher expression, you’re going to have more virus entering cells,” Crotty Alexander said. “I’m now seeing the same sort of data come out on the vaping side.”

That pattern, layered on top of the ways in which vaping weakens the lungs, may help explain why a recent survey of more than 4,000 people ages 13 to 24 found that vaping was strongly linked to catching the coronavirus. But Bonnie Halpern-Felsher, a pediatrics researcher at Stanford University and an author on the study, said that there was probably more than biology at play.

People who vape often do it socially, sharing spaces and equipment. And vaping, like smoking, involves a lot of hand-to-mouth movement, providing germs an easy path into the airway, Eakin said. “And if you’re smoking or vaping,” she said, “you’re not wearing a mask.” Still unclear are the long-term consequences of COVID’s effects on those who smoked or vaped. Accumulating evidence suggests that the coronavirus can wreak havoc on blood vessels, seeding clots that suffocate and warp tissues, including the lungs — most likely making any smoking or vaping after COVID even more dangerous than before.

“Some of these patients will have permanent issues,” said Dr. Anne Melzer, a pulmonologist at the University of Minnesota.

Arlie Frahmann, a longtime smoker who picked up her first cigarette at the age of 9, hesitated to give up cigarettes when the coronavirus first infiltrated her community in Damariscotta, Maine, this spring. “The last thing I wanted was to be stressed out during quarantine,” she said.

As of this week, though, Frahmann is eager to quit. She started a new job at a bakery, where she will have to interact with strangers.

“It was one thing to explain it away to myself when I wasn’t going into public at all,” she said of her smoking. “But now I can’t justify it.”

A few early reports suggest that some people may be shelving their cigarettes or vapes. As schools reopen for in-person learning, though, it might become easy to relapse.

And Lovinsky-Desir worries that the stressors brought on by the pandemic may be pushing some people to smoke or vape even more.

Moein recalls brushing off warnings from his father, who used to send him articles about the dangers of vaping.

“I used to tell him, ‘You’re out of touch, vaping is safer,’ ” he said. “At one point, I was getting so many articles that I blocked his number.”

But last year’s events flipped Moein’s worldview. The pandemic, he said, is another reminder that the risks of vaping simply aren’t worth it: “There’s no way in hell that vaping helps COVID-19.”