Astronomers have categorized the pair of diminishing exoplanets under a new category of 'warm Neptunes'.

In only the second discovery of its kind, astronomers have found an exoplanet that is gradually "evaporating" as its atmosphere leaks away into space.

The newly-discovered vanishing exoplanet called GJ 3470b appears to be diminishing at a hundred times the rate of the previous (and only) similar planet observed to exhibit such a phenomenon — GJ 436b, a recent study reported.

Astronomers have categorised these planets under a new category of 'warm Neptunes' that appear to be progressively losing a little more of themselves to space.

The planet was discovered by the Panchromatic Comparative Exoplanet Treasury (PanCET) program at John Hopkins University, which studies the atmospheres of 20 different exoplanets in ultraviolet, optical and infrared light, using the Hubble Space Telescope.

According to the Hubble data compiled under PanCET, GJ 3470b has lost a lot more mass and had a noticeably smaller exosphere than the first warm Neptune exoplanet studied — GJ 436b. Researchers have attributed both these phenomena to the exoplanet's lower density and far stronger blasts of radiation it receives from its parent star. 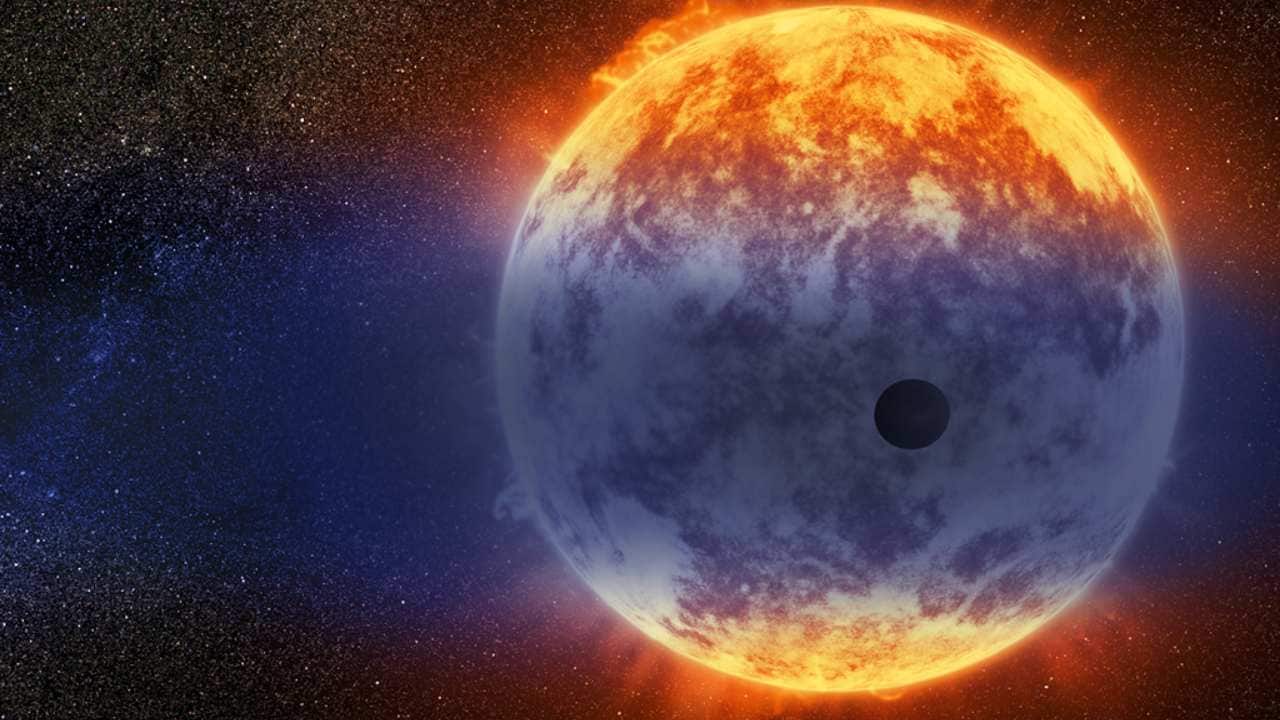 So far, researchers think the planet could either be losing its atmosphere, or the mass of the planet itself could be diminishing. Essentially, these planets are shrinking at a relatively rapid pace, just vanishing out of existence to observers.

GJ 3470b has lost roughly 35 percent of its original mass, according to a press release. It's possible that in a few billion years, a small rocky core could be all that's left of the massive planet.

It is primarily hydrogen that is being lost in this process, and a few other trace gases, which, too, Hubble will be tasked to seek out, Bourrier said. It could be possible that the hydrogen is also pulling away from other, heavier atoms like carbon that may lie deeper than the atmosphere. The Earth and GJ 3470b in a side-by-side comparison. Image: NASA/JPL

The discovery is a profound one, according to lead researcher Vincent Bourrier from the University of Geneva, Switzerland, "I think this is the first case where this is so dramatic in terms of planetary evolution. It’s one of the most extreme examples of a planet undergoing a major mass-loss over its lifetime."

The considerable amount of mass GJ 3470b has lost has huge consequences for its evolution and on our understanding of the origin and fate of the exoplanet populations that are located very close to their stars.

The new study supports the idea that 'hot Neptunes' can gradually shrink to become mini-Neptunes and then super-Earths. So, while warm Neptunes may not be a common occurrence, the fact that two such exoplanets have been found “evaporating” through a leak in their atmospheres promises an opportunity to learn how they turn into mini-Neptunes and super-Earths over billions of years.

The study and its findings were published in the journal Astronomy and Astrophysics.