Protection for over a dozen shark species proposed by CITES, hit by opposition

The Pew Trust estimates that 63 to 273 million sharks are killed every year, to feed the shark fin trade.

Countries have agreed to protect more than a dozen shark species at risk of extinction, in a move aimed at conserving some of the ocean’s most awe-inspiring creatures who have themselves become prey to commercial fishing and the Chinese appetite for shark fin soup.

Three proposals covering the international trade of 18 types of mako sharks, wedgefishes and guitarfishes each passed with a needed two-thirds majority in a committee of the World Wildlife Conference known as CITES on Sunday.

“Today we are one step closer to protecting the fastest shark in the ocean, as well as the most threatened,” said Jen Sawada, who directs The Pew Charitable Trusts’ shark conservation work. The measures don’t ban fishing these sharks and rays, but any trade must be sustainable.

The move isn’t final but is a key sign before an official decision at its plenary this coming week. 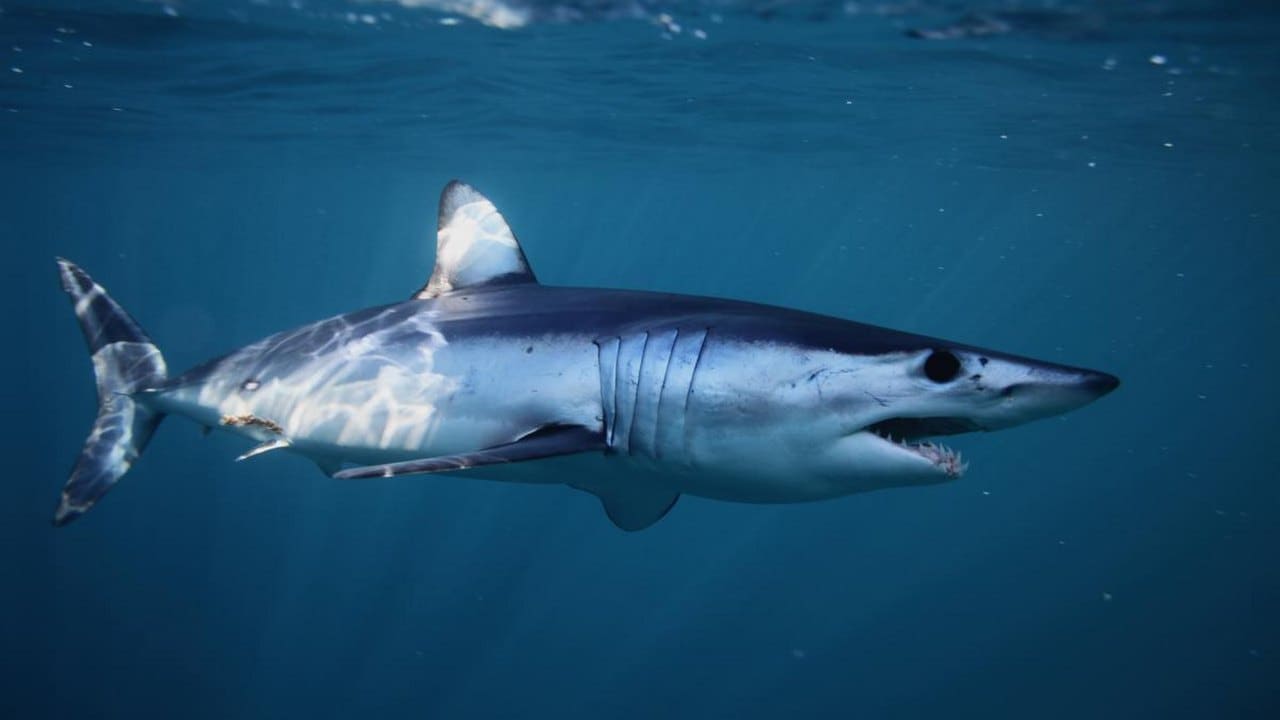 Conservationists applauded and exchanged hugs after the tallies. Opponents variously included China, Iceland, Japan, Malaysia, and New Zealand. The U.S. voted against the mako shark measure, but supported the other two.

Critics variously argued that the measures distanced CITES from its initial mandate to protect endangered land animals and plants, not marine life, and insisted the science didn’t back up the call to increase protections. They also noted that that millions of Mako sharks exist and even the CITES secretariat advised against the protections.

But proponents countered that stocks of sharks are in a deep dive, with tens of millions killed each year, and that measures need to be taken now — with what they call some of the most significant rules ever adopted for trade-in shark parts.

Rima Jabado, a shark expert and lead scientist of the Gulf Elasmo project, said many of the species included in the CITES proposals are classified as “critically endangered.” Jabado said there has been an 80 percent decline in the number of wedgefishes, based on available data. Like giant guitarfishes, the enigmatic wedgefish has an elongated triangle-shaped head and can be found in oceans in Southeast Asia, the Arabian Sea, and East Africa.

Makos are the world’s fastest sharks, reaching speeds of up to 80 mph (nearly 130 kph). But they often get caught up in the nets of fishing trawlers hunting for tuna. An image of a the wedgefish taken on the Protea Banks, just off the KwaZulu Natal Province, in South Africa. image credit: The AP

“Japan has been highly dependent on (live) marine resources from the ancient times,” said Hideki Moronuki, director of fisheries negotiations at the Japanese Ministry of Agriculture, Forestry and Fisheries. “It’s very, very important for us in Japan to sustainably use all those marine riches,” he said. He was among those who noted that even the CITES secretariat had recommended rejecting the mako shark proposal.

CITES concluded that “with the possible but uncertain exception of the Mediterranean, the population of (mako sharks) does not seem to have declined below the 30 percent threshold in different ocean regions” and that “it is currently not projected that declines would continue.”

Still, Jabado said some species of sharks and rays are becoming so difficult to find in the wild that scientists only often see them when they are on sale at local fish markets.

“How are we ever going to save these species if we only see them when fishermen bring them in?” she said, adding that even if actions are taken now, it will be decades before shark populations start to recover. Losing more sharks and rays could also have other unintended consequences since they are top ocean predators and help to balance the ecosystems, Jabado said.

Scientists warn that although warming oceans and climate change are also hurting sharks, it is the demand for shark fin soup that is threatening to drive some species to extinction. The Pew Trust estimates that between 63 million and 273 million sharks are killed every year, mostly to feed the shark fin trade centered in Hong Kong.

Dried shark fin can draw up to $1,000 per kilogram. The fins are often turned into shark fin soup, a Chinese delicacy that symbolizes good fortune, in which the gelatinous fin is served in a broth whose recipe dates back to the 10th-century Song Dynasty. Fishermen often slice off a shark’s fin while the animal is still alive before tossing the writhing carcass back into the ocean. 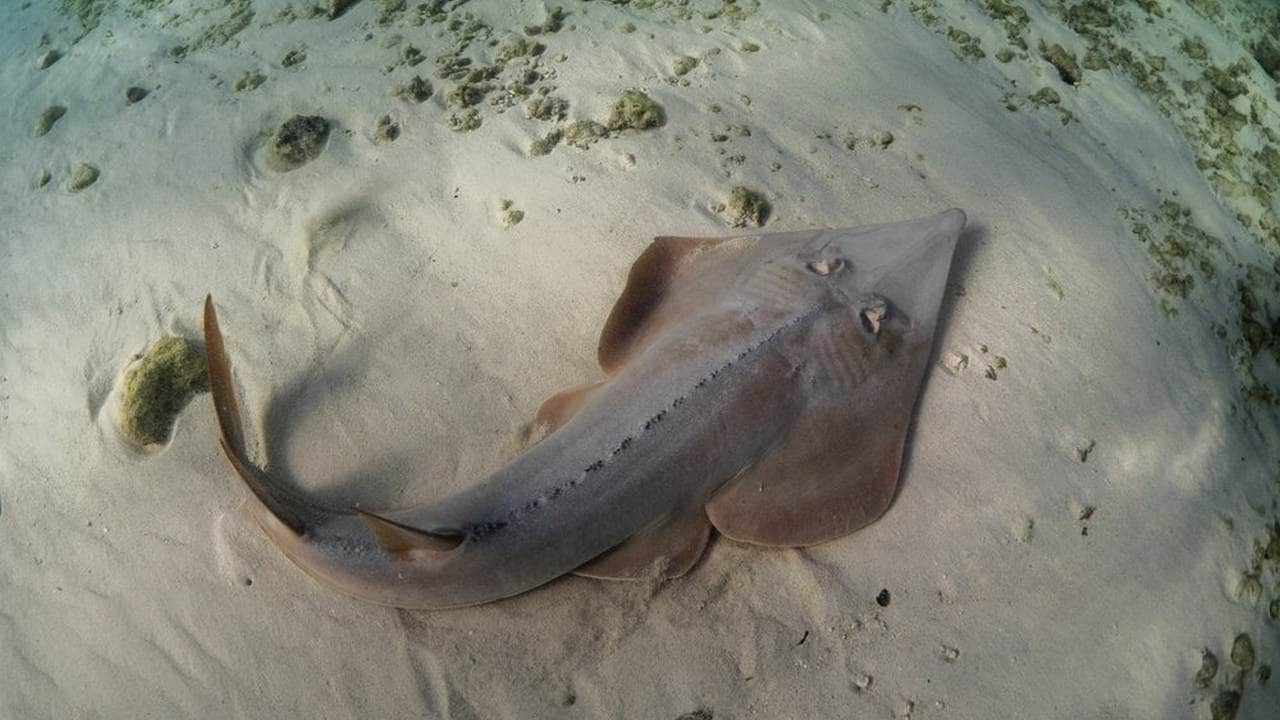 The giant guitarfish sharks is one of the species that CITES wants to protect. image credit: The AP

While Chinese celebrities like retired basketball star Yao Ming are trying to persuade diners to abandon the soup, many aren’t convinced.

“Shark fin soup is a Chinese tradition so why should I stop eating it?” Wilson Kwan said outside a seafood restaurant in London’s Chinatown. “I know some people say it’s cruel to sharks, but sharks are killers too.”

Last year, there were an estimated 66 unprovoked shark attacks on humans globally, including four fatalities, according to the Florida Museum, which tracks such incidents. It is exceedingly rare for sharks to bite humans — and when they do, it’s often because they have mistaken them for seals or other prey.

Conservationists say movies like “Jaws” have unfairly maligned society’s perception of sharks and in turn, made it difficult to garner support to protect them.

“People would be outraged if they were serving dolphins in restaurants,” said Graham Buckingham of the British shark group, Bite-Back. “But because it’s a shark, they think it’s perfectly OK.”

Be inspired by the wild, courtesy the stunning winners of Nature Conservancy's Global Photo Contest

Corbett Park name change controversy blown out of proportion, it's conservation that matters