The most measured and important pollutant of concern is particle pollution, specifically PM2.5.

If there's one sure-shot killer that roams not one, not three but most cities in India here and now, it's air pollution. It takes many forms: ozone, particulate matter, nitrogen dioxide, sulfur dioxide, vehicle exhaust, building emissions, second-hand smoke, dust, and chemicals.

Today, many environmental issues are at the forefront and everyone and anyone can be affected by air pollution, especially when exposed over a prolonged period of time. While different pollutants affect every age group differently, one of the most susceptible and vulnerable age group that needs attention is children from 0 to 10 years of age, who suffer disproportionally.

Pollution induces allergic sensitization and oxidative stress, increasing the individual susceptibility to respiratory infection.  Infections of the nose, sinuses, and throat are called upper respiratory tract infections. Children usually get more of these because they are not yet immune to the viruses that usually cause them. Most of the time they will recover by themselves. "Clean air shouldn't be a privilege dictated by where you can afford to live but a right to which we are all entitled," said American politician Kevin de Leon.

This is very true, and applicable to all of us, not only for American citizens. According to the World Health Organisation (WHO), 10 out of the 11 most polluted cities are in India. The effects of air pollution are several, but we discuss here the association between pollution, lung cancer, and pregnancy.

Prolonged exposure to pollutants — symptoms to watch for:

The symptoms of air pollution come from damage to lungs and heart, and advanced respiratory diseases like bronchitis, asthma, and emphysema. Following are the symptoms:

The World Health Organization (WHO) estimates that around seven million people die every year from exposure to fine particles in polluted air that penetrate deep into the lungs and cardiovascular system, causing diseases such as lung cancer. The International Agency for Research on Cancer (IARC) cited data indicating that in 2010, 223,000 deaths from lung cancer worldwide resulted from air pollution. 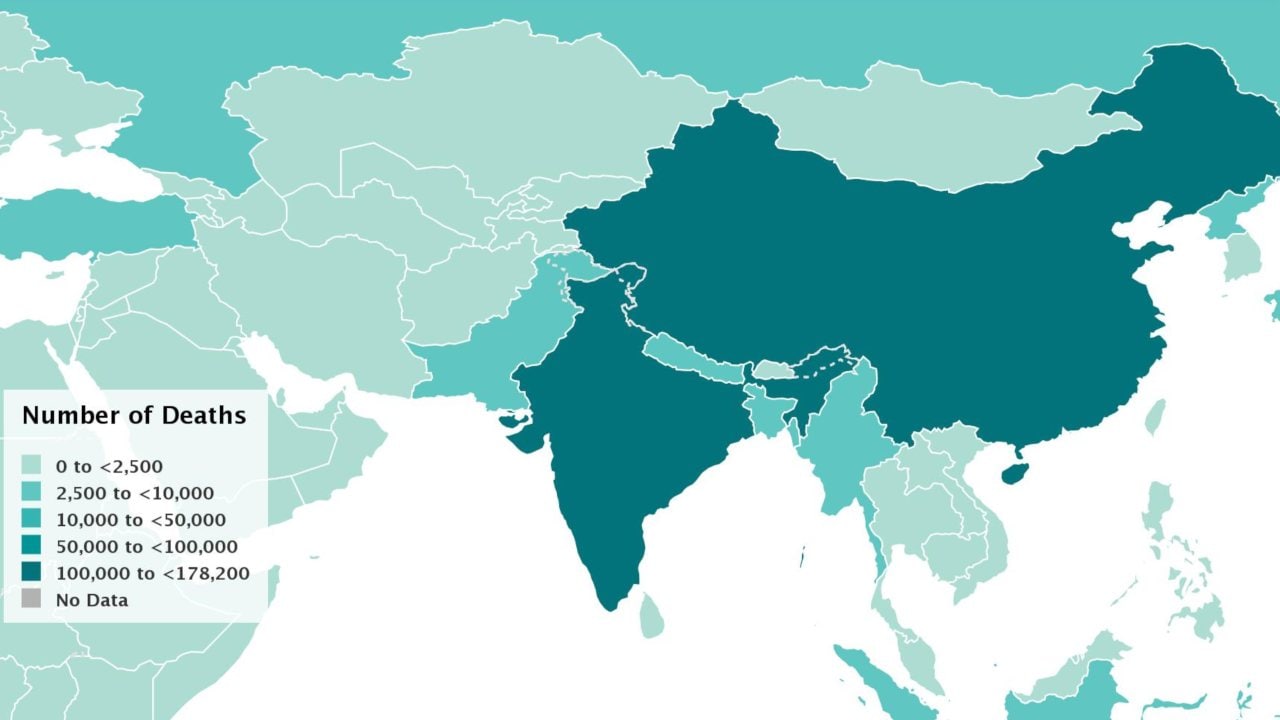 While air pollution is a complex mix of gases and aerosols (suspended solid and liquid particles), the most measured and important pollutant of concern is particle pollution, also called particulate matter (PM), which manifests as dust, soot, smog, or smoke. Fine particulate matter, also known as PM2.5, or particles less than 2.5 microns across, has the largest impact on public health globally. PM2.5 is produced directly from the combustion of a variety of carbon-based fuels, but it can also be produced in chemical reactions between pollutants already in the atmosphere. Vehicle exhaust, industrial emissions, solid fuel use, and refuse burning are some of the most common sources of PM2.5 air pollution in urban centres across the world. It is not fully understood how these particles can damage DNA in cells and cause cancer.

Research suggests that exposure levels to airborne pollutants have risen significantly in some parts of the world, particularly countries with large populations going through rapid industrialization, such as China and India.

Pollution affects pregnancy in many ways

Getting pregnant or a pregnancy in the family brings great joy to everyone associated.  There are many things like a hospital, obstetrician, paediatrician, etc., to be planned for during that time. Also, a lot of things to avoid during pregnancy, smoking, and alcohol tops the list. But what about the air one breathes? How safe it is for a pregnant woman?

There is enough evidence now to say that air pollution impacts pregnancy.

Air pollution increases the risk of miscarriages. Recently, the Guardian published an article suggesting air pollution can be as bad as smoking in increasing the risk of miscarriage. It claimed that raised levels of nitrogen dioxide pollution increased the risk of loss of pregnancy by 16 percent. Another study revealed that exposure to ammonium sulfate during pregnancy can increase the risk of birth defects and stillbirths. Sulfate is mainly produced from coal burning, while ammonium is derived from ammonia, which is produced from agricultural, automobile, and animal emissions.

The pregnancy results in 2.5 to 3 kg babies at 38–40 weeks ideally. Babies under 2.5 kg are considered “low birth weight.” Air pollution exposure results in low birth weight babies. However, it’s still unknown which trimester is most vulnerable to the effects of air pollution. Exposure to ozone during pregnancy can cause your baby to be born with low birthweight. Ozone is a gas that comes from car exhaust, gasoline and fumes from factories and chemicals. 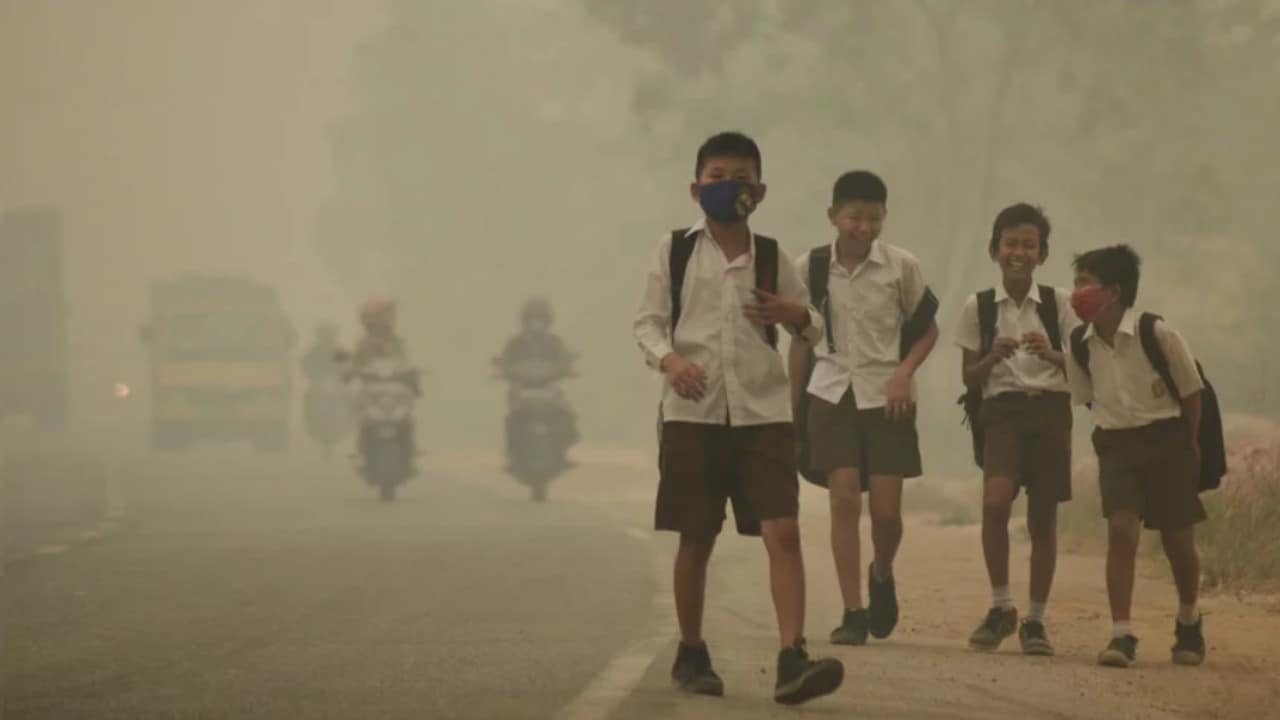 Air pollution affects the health of children and infants the most. Image: Antara

Children born prematurely have a significant risk of adverse outcomes long term. According to a study by The Stockholm Environment Institute (SEI) at the University of York, nearly three million babies are born prematurely each year because of air pollution. That means 18 percent of all annual preterm births have been linked to exposure to particulate matter pollution.

Autism is a developmental disorder in children that has no curative treatment currently. There has been an association of air pollution exposure to pregnant women and autism in children. An alarming Harvard study revealed that women exposed to high particulate matter pollution during their third trimesters were twice as likely to deliver a child with autism.

Asthma is a recurrent, wheezy condition that requires constant medical attention. Air pollution exacerbates asthma. In pregnant women, this can be dangerous because asthma can cause preeclampsia, a condition that causes elevated blood pressure and decreased function of the liver and kidneys.  Untreated asthma can cause your baby to suffer from lack of oxygen, leading to poor growth, premature birth, and low birth weight. Research has also found that exposure to air pollution can increase your baby’s chances of developing asthma later in life.

It's impossible to avoid every potential threat to your health and that of your baby, but there is a lot you can do to decrease your exposure to air pollution.

The author is a consultant paediatrician & neonatologist at Cloudnine Group of Hospitals, Chennai.