The PM inaugurated the 107th session of the Indian Science Congress, which began at Bengaluru today.

Prime Minister, Mr Narendra Modi, today emphasised the need to revolutionise the landscape of Indian science, technology and innovation and said both technology and logical temperament were needed to give a new direction to the country’s socio-economic development process. 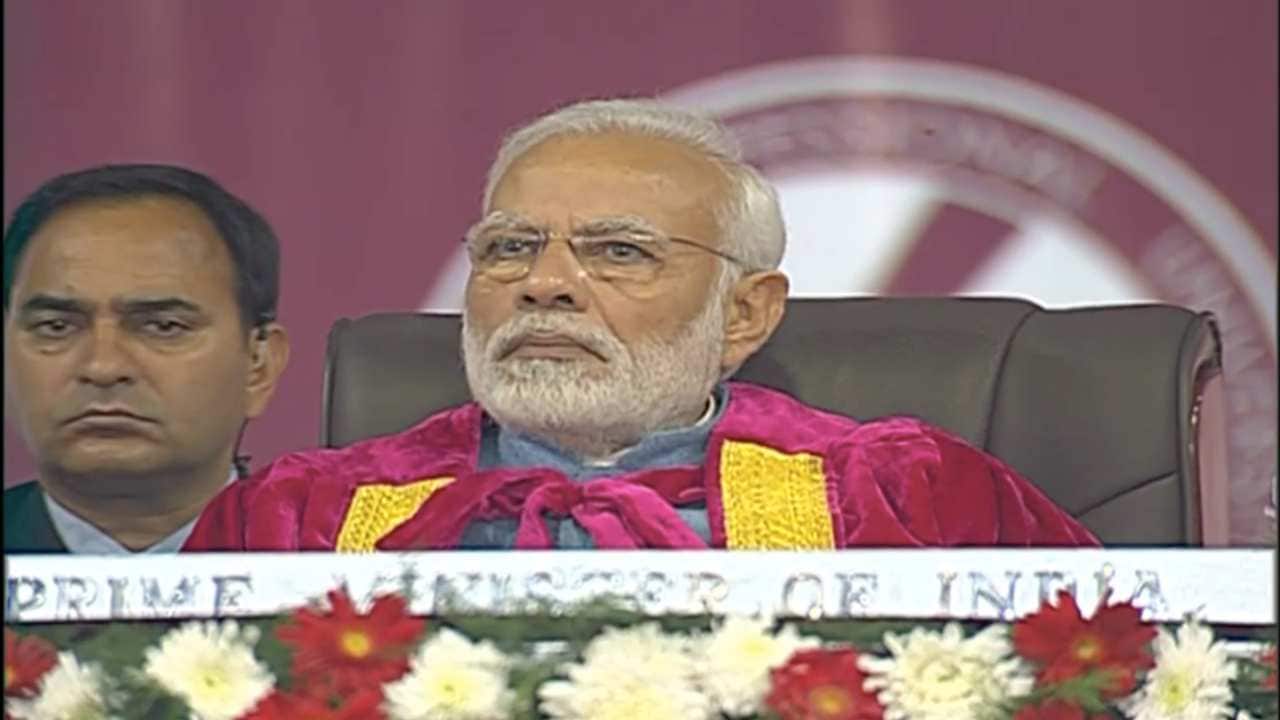 PM Modi at the inaugural ceremony of the Indian Science Congress, 2019 in Jalandhar, Punjab. Image: YouTube/PMOIndia

“I have always been of the view that science and technology had a great role to play in connecting society and to bring about equality. For instance, the developments in the area of information and communication have ended a big source of privilege by producing cheaper smartphones and data. Due to this, even a common man has gained confidence that he is not alone and that he can also connect with the Government and speak to it directly. We need to promote and strengthen these kinds of changes”.

Inaugurating the 107th session of the Indian Science Congress, which began at Bengaluru today, he said the common man has also been a witness to progress in the area of rural development and noted that technology and good effective governance had been behind the success of major welfare programmes from Swachcha Bharat Abhiyan to Ayushman Bharat.

In this regard, he pointed that the Government had set a record yesterday by disbursing money under the PM Kisan Samman Nidhi to six crore people in the country simultaneously. “How did it happen? It was because of Aadhar enabled technology”, he said.

He also pointed out that the Government has been able to speed up the implementation of various projects by using the techniques of geo-tagging and data science and increasingly fill the gap between schemes and beneficiaries with the help of real-time monitoring systems.

He asserted that the Government was continuing its efforts to ensure ease of doing science and effectively use information technology to reduce `red tape’ and said water governance could be a new frontier of research with the Government launching a programme on water called Jal Jeevan mission.

There is, he said, a need to develop cheaper and more effective technologies for water recycling and reuse, create scientific solutions for using domestic wastewater in agriculture, produce high-quality seeds that required lesser quantity of water, and generate technologies to make the optimal use of the data in soil health cards.

Besides, he called for research to find alternatives to single-use plastic and to extract and reuse metals from electronic waste and said the technologies that would be developed could be then transferred to medium, small and micro-enterprises. “Lot of opportunities are available to establish startups dedicated to promoting the concept of green, circular and sustainable economy in villages. Agricultural residue and household wastes are increasingly creating the problem of pollution in villages. We have to quickly come out with methods to convert them into wealth. We want to reduce the import of crude oil by at least 10 per cent by 2022. There is a lot of scope for setting up startups for biofuel and ethanol productions”.

He also emphasised the importance of promoting well being and said there was a need to not only practice some of the tested traditional wisdom but also continuously enlarge its scope by introducing modern tools and concepts of contemporary biomedical research. He highlighted the need to develop a roadmap for sustainable and environment-friendly transportation and energy storage option, and explore, map and harness oceanic resources of water, energy, food and minerals.

“We have to give more importance to industry-oriented research and promote dialogue among all stakeholders. Your efforts would play a big role in making India a 5 trillion dollar economy”, he said.