The seaside resort offers visitors a cool drink or tasty meal, a dip in a pool, a karaoke session or an overnight stay, all with a view.

Nothing much new there, you may say — creature comforts like this are pretty much standard in tropical hotels.

The big difference, though, is that this mini resort is also a moveable island that floats on plastic bottles.

Riding on the laguna in Abidjan, Ivory Coast's economic hub, the unusual complex floats on a platform made from 700,000 discarded bottles and other buoyant debris. 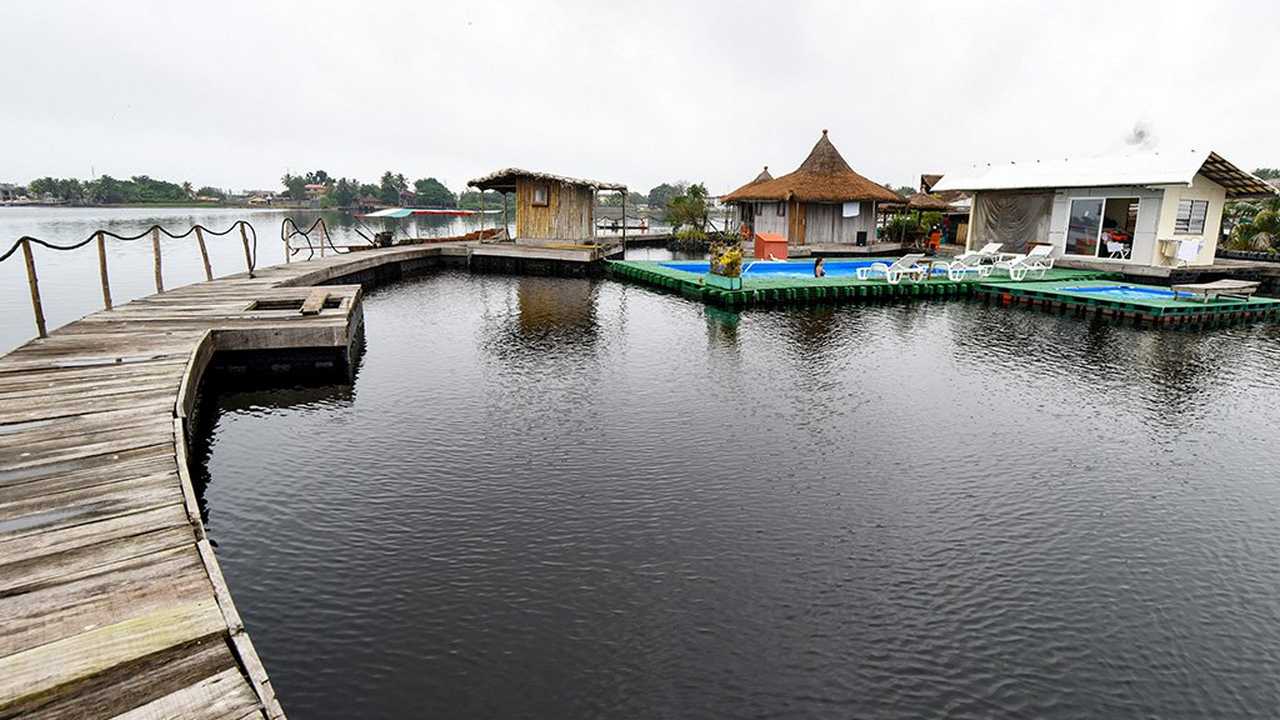 The floating island attached to a pier. image credit: AFP

His "Ile Flottante" — French for "Floating Island" — comprises two thatched bungalows and a restaurant with a bar, two small pools, trees and shrubs and a circular walkway, spread out over 1,000 square metres (10,700 square feet).

Visitors are brought to the moored island by a boat. Water is provided by a pipe from the shore. Electricity is supplied by solar panels, backed by a generator.

The island is bigger than a moored boat and handier than a jetty as it can also be taken to other locations, Becker told AFP. "It really is an artificial island that floats — you can move it."

Becker, a former computer entrepreneur, first toyed with the idea of building a catamaran. But it was when he came to Abidjan and saw the lagoon that the vision of a floating, moveable island came into his mind — and he sold everything he owned to achieve it.

The first step was to forage for everything floatable — "plastic bottles, bits of polystyrene, even beach sandals".  Bemused locals gave him the nickname of "Eric Bidon" — a word that has a subtle dual meaning of jerrycan and phoney. "We bought disused bottles off people, we foraged for them in the lagoon. After a while, we learned to follow the wind and find the places where floating rubbish accumulates," he said.

After living on his island for a number of years, Becker turned it into a hotel last year. He has around 100 customers a week, mostly curious Ivorians or ecologically-friendly tourists.

Others want a relaxing break from the bustling city and to use its swimming pools — taking a dip in the lagoon, fouled by industrial pollution and sewage outflows is an act for the foolhardy.

"When you're competing with major hotels, you need an original idea like a floating island. It's become a tourist attraction," said Mathurin Yao Saky, a friend who has been advising Becker on the scheme. 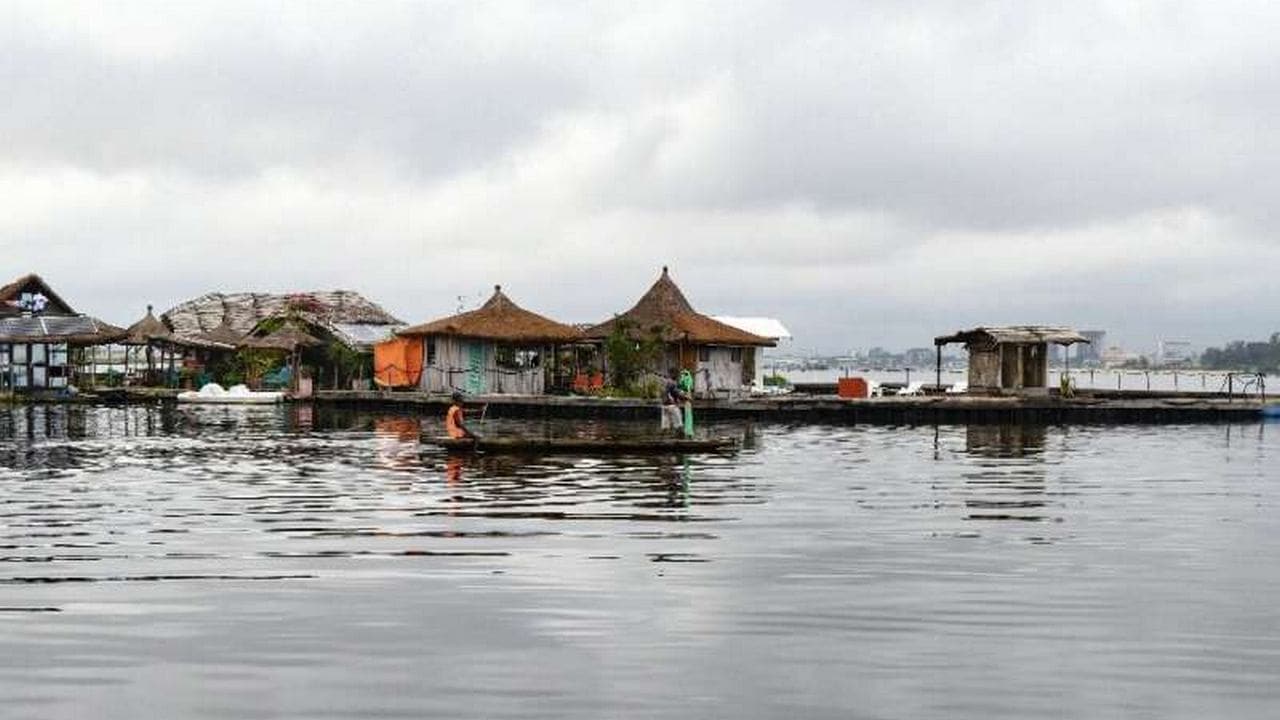 The island has around 100 customers a week. Image credit: AFP

Charles Moliere, a 28-year-old Frenchman who works in Ivory Coast for a large corporation, read about the resort in a guidebook. "It's very original, it's a very untypical place -- I've seen nothing like it elsewhere," he said. "I think it's a neat idea to give a second life to plastic like this and to make a kind of small technical breakthrough. I like this place a lot."

Hamed Kone, a computer engineer, said he was visiting the complex after discovering it online. "It's the ecological qualities which impress me most — these days, people are talking more and more about the environment," he said. Becker "has transformed city rubbish into a pleasant place," said Kone. "It's an idea whose time has come. I hope it inspires other people."

Becker says his 200-tonne island could be a prototype for all sorts of projects.

It is ideal for the sheltered waters of lagoons — shallow bodies of water separated from the ocean by narrow reefs or barrier islands. "People could live (on floating islands) in lagoons that are pollution-free, and live from fish farming," he said.

Anything that involves human activity always carries an environmental cost, and Becker readily acknowledged that his idea was not totally green, but greener.

One concern is that the scheme also adds to the lagoon's chronic pollution problem. The city of Abidjan releases untreated effluent into the lagoon — the mini resort does the same right now, although Becker is testing technology intended to turn human waste into compost.

Even clearing the lagoon of all the floating plastic and debris is not enough, Becker said. "But what is nice about this concept is that we are taking something negative — plastic bottle pollution — and turning it into something positive. If only all of us could do this on an individual scale."