Planet Nine mystery solved? Study suggests it's something far cooler than a planet

Planet Nine could just be a clump of smaller objects that appear as one, single 'planet'.

There's something big and bizarre lurking at the edge of our solar system. Astronomers clearly thought it was a planet when they named it 'Planet Nine', but new findings have indicated that it could, in fact, be something much, much cooler.

Planet Nine is thought to be ten times as big as Earth, and between 10 and 20 times as far from us a Pluto. It also has enough gravitational pull to affect how objects nearby move. A new study suggests that Planet Nine might just be a clump of smaller celestial bodies that together appear to be one, single object.

"I like the paper," Mike Brown, a Caltech astronomer who was not involved with the study but extensively studies Planet Nine, told Popular Science. "It's the first time someone has proposed something other than Planet Nine that actually explains the phenomena that we are seeing. I don't think the explanation is actually correct, but it looks to me like the physics actually works to actually explain what we see." 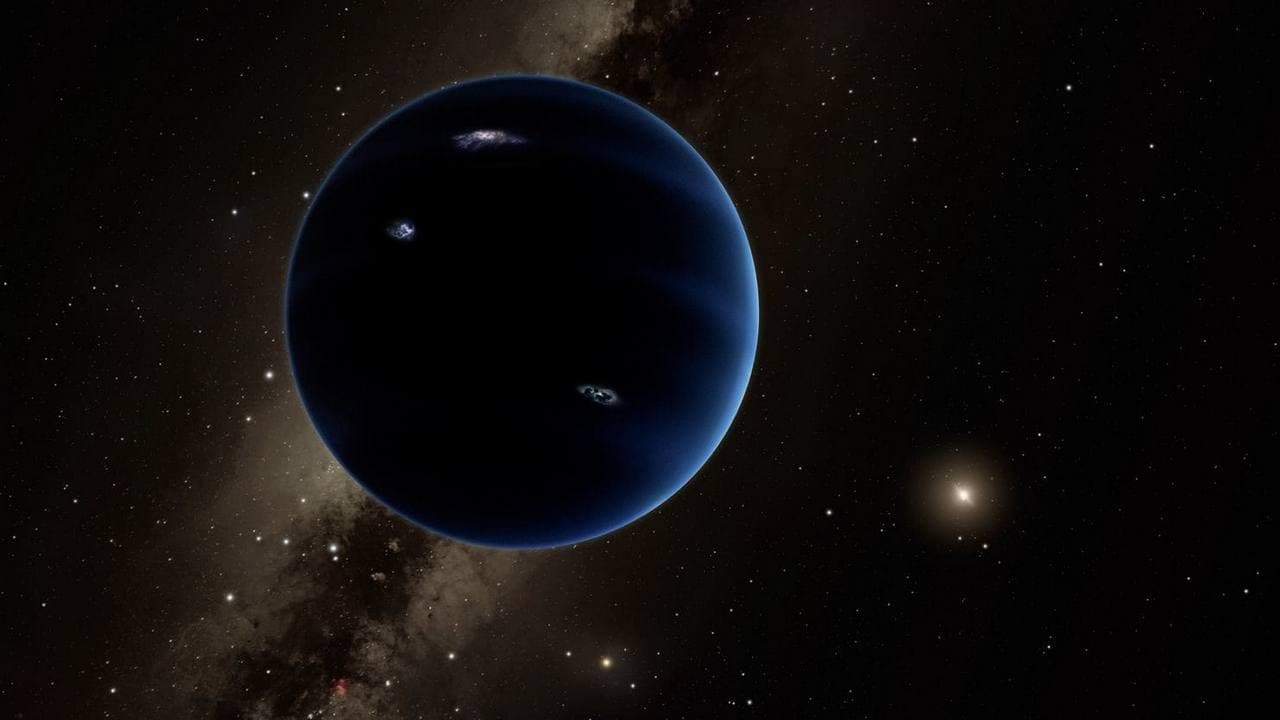 This artistic rendering shows the distant view from Planet Nine back towards the sun. The planet is thought to be gaseous, similar to Uranus and Neptune. Hypothetical lightning lights up the night side.
Image: Caltech

Looking at an example form our own solar system, beyond Neptune is a belt flooded with tiny icy and rocky objects that have existed since the birth of our solar system. These objects, also called Kuiper Belt objects (KBOs) have unusual patterns of movement around the Sun, possibly because of the influence Neptune's gravity has on them. However, other KBOs with strange orbits can't be explained away by Neptune — a different object that isn't easily visible but can disrupt gravity.

Is it Planet Nine?

Since its 'official' discovery in 2016, astronomers have thought of Planet Nine to be as much of a planet as te. But the new study proposed a model for Planet Nine where it isn't spherical, but a cosmic disk of matter that equals 10 times Earth's mass and orbits the Sun. 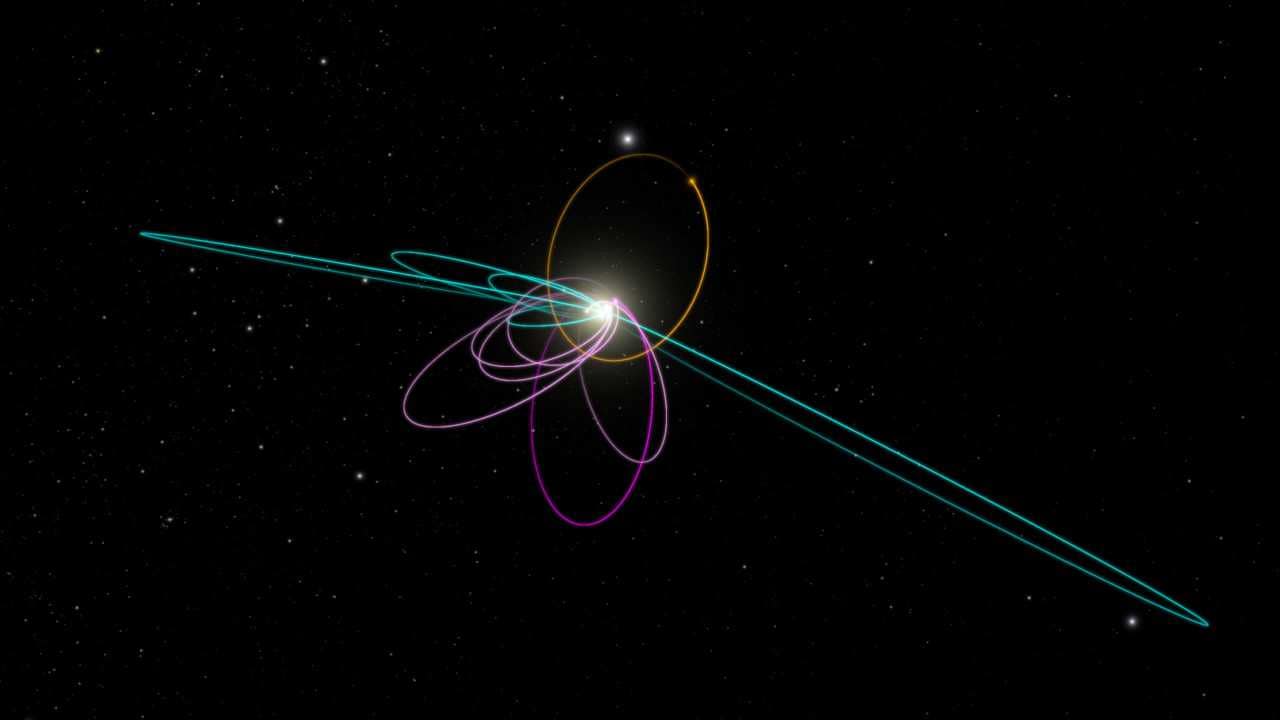 A representation of the strange orbits taken by the Kuiper Belt objects, some of which are yet to find an explanation. Image courtesy: NASA

But this isn't an easy model to go along with for Caltech astronomer Brown, "A ring of objects would be much much easier to find than a singular planet, yet there is no evidence that such a thing exists.”

The only way to find out for sure will be observing it, which is no easy task. Observing an object 10 times the distance between Pluto and Earth will need a still atmosphere, as little humidity and wind as possible, and no interruptions from the moon, according to the Popular Science report. And then, there are the thousands of potential objects between Earth and Planet Nine to factor in.

On the bright side, the mystery may only live till 2023, when a next-generation telescope called the Large Synoptic Survey Telescope is built and running in Chile. If no one finds Planet Nine by then, the Chilean telescope will most definitely detect it — be it a planet or a disk.

The 'Nibiru' or 'Planet X' conspiracy: Here's what NASA researchers have to say

The search for Pluto’s successor continues with Rubin Observatory, could Planet X be the answer?

Is there a Planet Nine out there, hiding in the far ends of our Solar System?