Pink dwarf 'Farout' the most distant, slow-moving planet known to orbit the Sun

Farout is moving so slowly it might need more than 1,000 years for a single orbit of the Sun

Scientists have discovered the most distant object known in our solar system, so remote and unusual they chose the nickname “Farout” for the slow-moving, icy, pinkish dwarf planet about 120 to 130 times further from the sun than Earth.

Astronomer Scott Sheppard of the Carnegie Institution for Science in Washington said on Tuesday the dwarf planet, officially designated as 2018 VG18, is estimated to have a diameter of 310 to 375 miles (500 to 600 km). 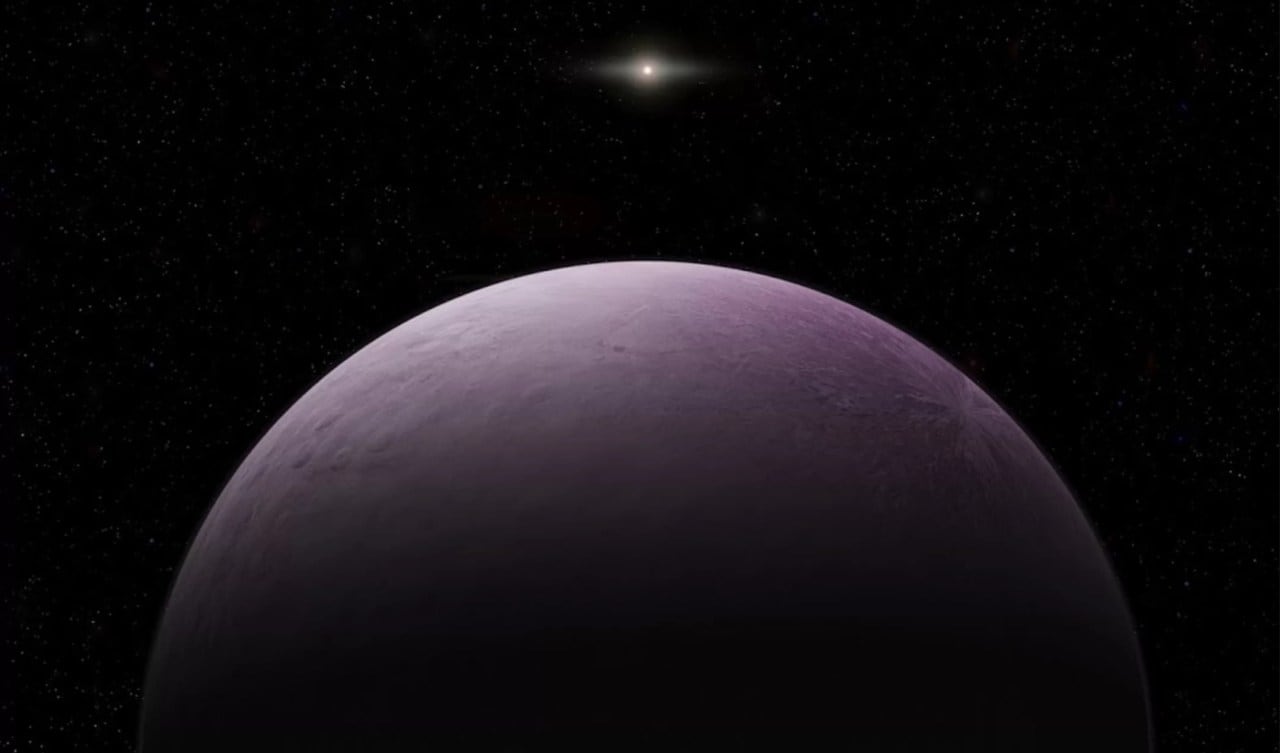 Artist's concept of the newly discovered object 2018 VG18, nicknamed Farout, which researchers think is likely a pinkish dwarf planet. At 120 AU, the object is the farthest body ever found in the solar system. Image credit: Carnegie Institute of Science

“When I saw the object for the first time, it was moving so slowly, it was the slowest thing I’ve ever seen. So I kind of muttered to myself, ‘Far out,” kind of like, ‘That’s cool.’ But it’s also a very-far-out object in distance, so that’s why I went with calling it ‘Farout,’” Sheppard said.

Its discovery was announced on Monday by the International Astronomical Union’s Minor Planet Center.

“We don’t know too much about it,” Sheppard added. “We only detected it last month. From its brightness, we can determine its size. We know its color. It has a pinkish, reddish hue to it. If you put ices out there and you irradiate them from the solar radiation over time, ices turn kind of a reddish, pinkish color. So we think its surface is probably ice-covered.” The location of 2018 VG18 compared to the orbits of other solar system objects. It lives up to its nickname Farout. Image courtesy: Carnegie Institute for Science

Sheppard and other scientists spotted Farout during their search for extremely distant solar system objects including a potential Planet X that he said could be five to 10 times the size of Earth. In 2014, these researchers proposed the existence of a ninth major planet at the outer reaches of the solar system.

They said Farout is moving so slowly that it might need more than 1,000 years for a single orbit of the sun.