Phosphates, key life ingredient, may have hitched a ride on meteorites to Earth

Phosphates which are originated in outer space which are essential ingredients for DNA-based life forms.

Have you ever wondered how life came into being on Earth? There are a number of hypotheses laid down, which try to prove the origin of life on this planet. And to add another theory to this ongoing mystery, researchers are betting on a chemical from your periodic table.

In a paper, "An interstellar synthesis of phosphorus oxoacids", published in Nature Communications, researchers at the University of Hawaii at Manatoa have come up with substantial evidence that comes to suggest that phosphates could have been generated in space.

The study according to the video by CBS Philly states that the new evidence, which has been dug up shows that key ingredients of life might have been generated in outer space and might have been transported to Earth by meteorites or comets in the very beginning, around the first billion years of planet's history.

The ingredient, which is seen to be originated in space are phosphates, that are essential ingredients for DNA-based life forms. They are important constituents of chromosomes and also play a major role in power to cells aiding them to carry out their basic functions. Our bones and teeth also contain phosphorous. 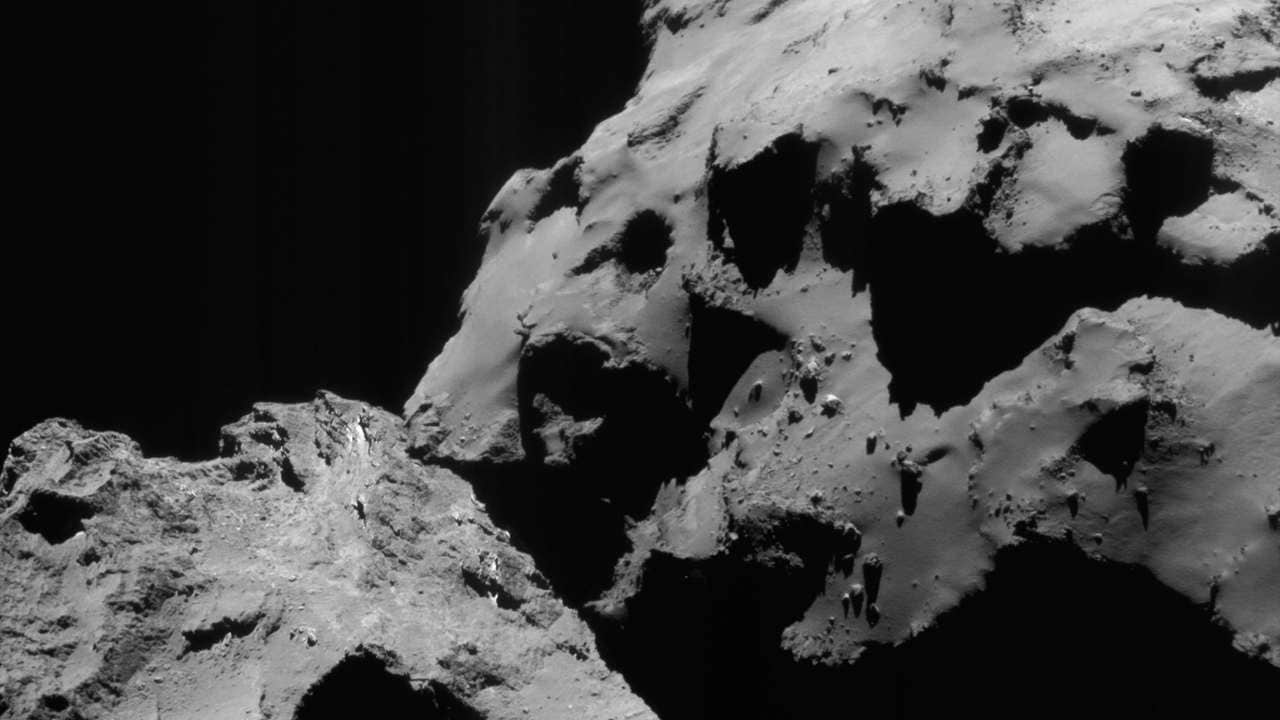 Phosphate compounds may have arrived on Earth delivered by comets, such as comet 67P/Churyumov-Gerasimenko. Credit: ESA/Rosetta/Navcam

According to ZME Science, researchers worked with chemical phosphine which can be found out in atmospheres of planets such as Jupiter or Saturn and also comets such as 67P/Churyumov-Gerasimenko which has been explored by the Rosetta spacecraft in 2016.

The researchers reached the conclusion of their study after completely recreating the conditions that is experienced by the icy grains coated by carbon dioxide, water and phosphine under laboratory settings.

These grains are said to float about in the interstellar medium using an ultra-high vacuum chamber which is cooled down to 5 Kelvin (minus 450 degrees Fahrenheit), as mentioned in Newsweek.

The scientists also exposed these grains to high-energy radiation which mimic the cosmic rays in space. It was seen that multiple phosphorous oxoacids were synthesized.

“On Earth, phosphine is lethal to living beings,” said Andrew Turner, lead author of the study in Nature Communications, in a statement. “But in the interstellar medium, an exotic phosphine chemistry can promote rare chemical reaction pathways to initiate the formation of biorelevant molecules such as oxoacids of phosphorus, which eventually might spark the molecular evolution of life as we know it.”