The ruling is not legal as yet but it can be cited by people whose right to life is endangered by the climate crisis.

A U.N. human rights panel has ruled for the first time that people fleeing the effects of climate change may be entitled to claim asylum, even as it dismissed an individual plaintiff’s case against his deportation from New Zealand.

The U.N. Human Rights Committee published its ruling Tuesday in the case of a man from Kiribati who was sent back to the Pacific island nation after being denied asylum by New Zealand in 2015.

The Geneva-based panel, which monitors states’ compliance with the 1966 International Covenant on Civil and Political Rights, concluded that although the deportation was legal, similar cases might in future justify asylum claims. 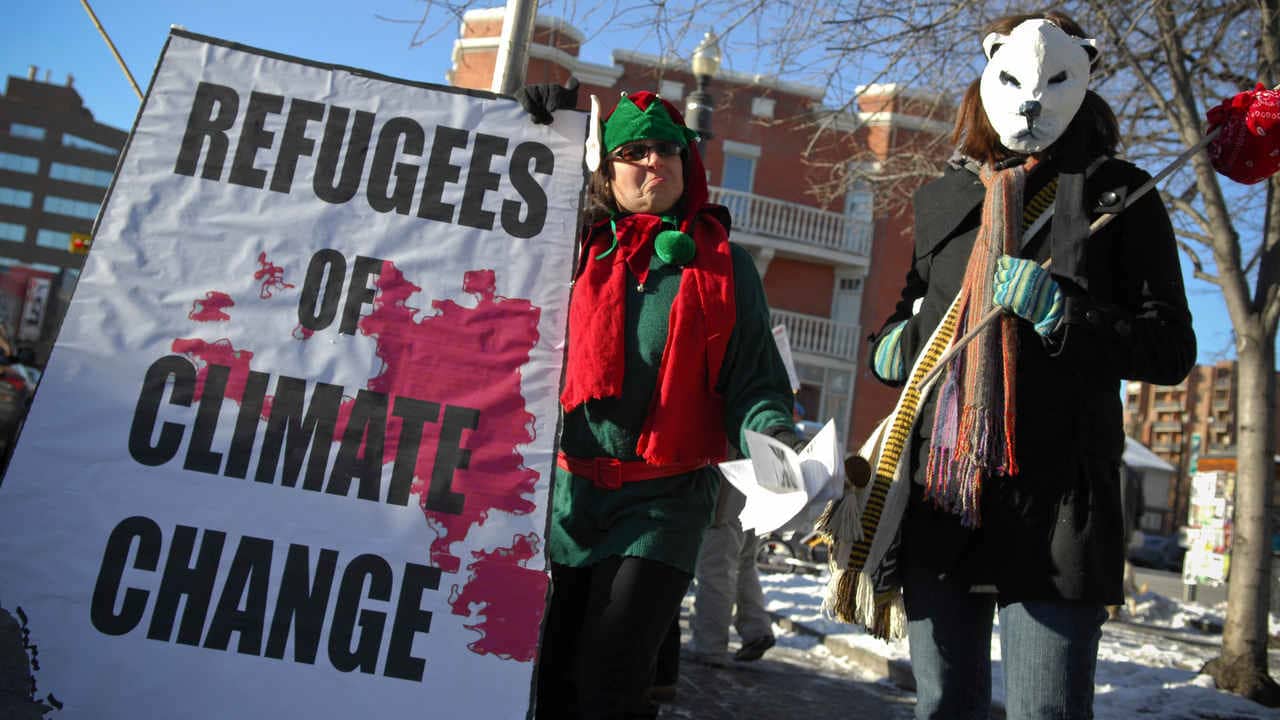 A group calling themselves Climate Change Refugees gathered on 17th Avenue in Calgary, Alberta on December 8th, 2007 for the International Day of Action on Climate Change. Image credit: Flickr/Visible Hand

The ruling has no immediate legal impact, but it is likely to be cited by people who say their rights are endangered by the impacts of climate change — such as violent storms and sea level rise.

The plaintiff in the case, Ioane Teitiota, had argued that he and his family were threatened by the lack of fresh water and violent land disputes as the ocean encroaches on Kiribati. The panel concluded that he had failed to provide sufficient evidence for his claims and that while Kiribati is likely to become uninhabitable, there is still a chance the island’s government might avert this.

Still, the committee’s 18 independent experts acknowledged that “environmental degradation, climate change and unsustainable development constitute some of the most pressing and serious threats to the ability of present and future generations to enjoy the right to life.”