The asteroid's 96,560 km dust trail is made up of dust grains and small rocks that burn up in the Earth's atmosphere.

The Parker Solar Probe’s main objective, since its launch in 2018, is to keep an eye on the Sun and study its corona and solar winds. But it is not restricted to just studying the Sun, as recently the probe captured a never-before-seen site — an image of the Phaethon asteroid’s dust trail.

The asteroid is from the group of Apollo asteroids that brings it extremely close to the Eartha and the Sun. Phaethon, in Greek mythology, is the son of the Sun god Helios.

This asteroid is also the parent body of the Geminids meteor showers that take place every year, in mid-December and is thought to be intensifying every year with 120-160 meteors seen per hour. A parent body of the meteoroid showers is a celestial body from where meteorites originate. 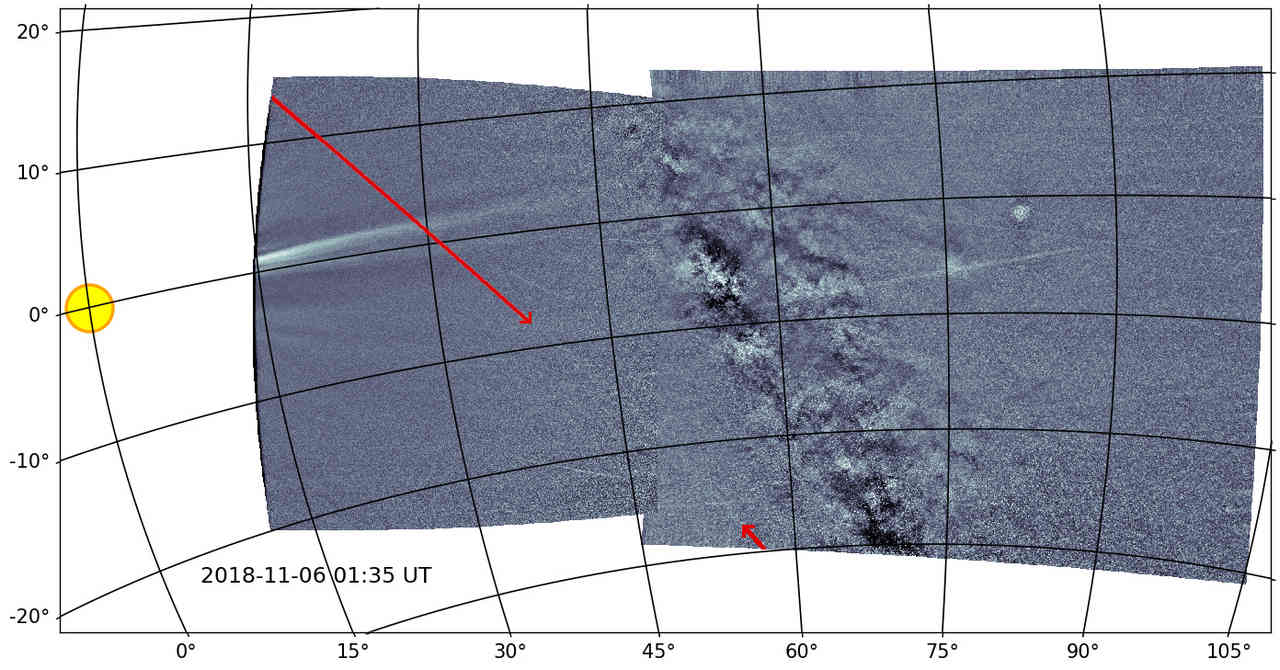 The probe captured the first-ever direct view of the 96,560 km dust trail following the asteroid. This trail, made up of dust grains, small rocks and other space debris, comes in contact with the Earth’s atmosphere and burns upon impact. It is also the reason why we see the meteoroid showers or shooting stars on Earth — they are just small rocks burning.

While scientists have always known that Phaethon is the parent body that causes the showers, they have never been able to see the dust trail.

The extremely sensitive Hubble telescope had also been employed to look at the asteroid but came up empty. "We calculate a mass on the order of a billion tons for the entire trail, which is not as much as we’d expect for the Geminids, but much more than Phaethon produces near the Sun," said Karl Battams, a space scientist at the US Naval Research Lab in Washington DC, said in a statement. "This implies that WISPR is only seeing a portion of the Geminid stream – not the entire thing – but it’s a portion that no one had ever seen or even knew was there, so that’s very exciting!” Astronomers will be able to study the asteroid, its dust trail and the showers in even more detail with Parker's new image. They might even be able to explain how the asteroid came to be.

WISPR stands for Wide-Field Imager for Solar Probe which is an imaging instrument of the probe and what it used to capture the asteroid's dust trail.