Breathing ozone irritates the airways and can worsen respiratory diseases such as bronchitis, emphysema and asthma.

Ground-level ozone is one of six major pollutants regulated nationally under the Clean Air Act. It is not directly emitted, but instead forms in the atmosphere through reactions between other pollutants from cars, power plants and industrial sources. Breathing ozone irritates the airways and can worsen respiratory diseases such as bronchitis, emphysema and asthma.

Regulation has reduced ozone levels across the United States over the past four decades, but exposure to ambient ozone still negatively impacts our health, well-being and productivity. In a recent article published in the journal Health Economics, I found that harm from ozone extends well beyond the high exposure levels and sensitive groups that have traditionally been studied. In fact, I identify negative effects of ozone exposure on the performances of intercollegiate track and field athletes under the relatively clean conditions common in the United States today. 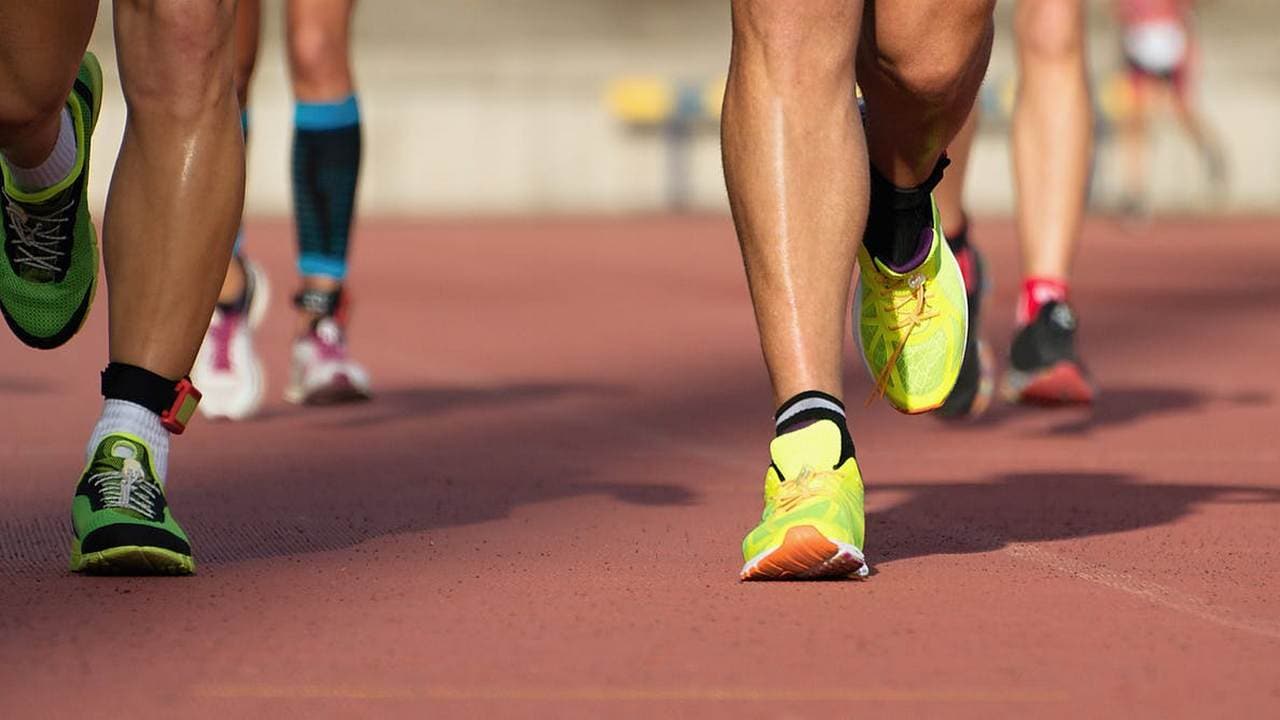 These findings suggest that ozone exposure may be imposing harm on people even when they don’t end up in the hospital and that much of the U.S. public may still regularly suffer some degree of negative impact from ozone exposure.

Hazardous, even at low levels

Health researchers have long known that exposure to high levels of ozone is associated with acute negative health outcomes. These include premature death, compromised lung function and cardiovascular issues.

More recent studies have found evidence that ozone also has negative effects at lower exposure levels. For instance, ozone exposures below regulated levels have been shown to contribute to premature deaths and reduce productivity among outdoor agricultural workers. It is also important to note that ozone exposure affects people’s health by inflaming their airways even when functional effects are not measurable.

Ground-level ozone is formed by complex interactions of nitrogen oxides and volatile organic compounds in the presence of sunlight. As a result, ozone levels tend to be highest in summer months. My results are based on outdoor NCAA and NAIA track and field competitions which are held across the contiguous United States during the spring, when ozone levels tend to be below annual maximums.

But even at the low ozone levels in my study, and among a young and fit population of college athletes, I found consistent evidence that ozone had negative impacts on competitors in endurance events such as the 800 meter run, 3,000 meter steeplechase and 5,000 meter run.

Through the analysis of almost 700,000 competition outcomes in 277 different locations over nearly a decade (2005-2013) across the United States, I found that for every 10 parts per billion increase in ambient ozone levels, athlete performance was degraded by 0.4 percent across endurance events. This effect represents more than five percent of the average margin of victory in these races, and suggests that there was a 1.5 percent difference in average athletic performance between the 5th and 95th percentile ozone days in the data. Ground-level ozone forms through reactions between other pollutants in the presence of sunlight. image credit: Minnesota Pollution Control Agency

For a concrete example, consider performances in the 5,000 meter run event. The mean finishing time for men competing in this event was 15 minutes 54.7 seconds. But at meets with average ozone levels above 50 parts per billion, the mean finishing time was 16 minutes 26.0 seconds. The comparable times for women were 19 minutes 5.7 seconds across all ozone levels versus 19 minutes 58.5 seconds at the higher levels.

I found these negative impacts of ozone were larger for longer events in which athletes competed over more extended periods. However, I did not find larger effects for athletes who competed in multiple events. Nor did I observe effects in events which do not heavily tax aerobic capacity.

This makes sense because ozone exposure harms the airways and lungs, which are critical to performance in endurance events. They are less important in sprint events, in which muscles can rely primarily on stored energy reserves, or strength events such as the long jump or shot put, which test a single maximum exertion. While athletes in non-endurance events are undoubtedly harmed by ozone exposure, competitive outcomes in such events did not prove useful for studying the damage.

My findings point to risks for anyone spending time outdoors at current ozone levels. According to the U.S. Bureau of Labor Statistics, nearly half of all U.S. jobs require outdoor work. In 2004, nearly 27 million Americans were employed in industry sectors in which at least some workers spent much of their workdays outdoors, such as construction, utilities and agriculture. The agency projects that this number will grow to nearly 31 million by 2024, representing nearly 20 percent of the U.S. workforce.

US standards under review

The Clean Air Act requires the Environmental Protection Agency to review and revise national ambient air quality standards regularly to ensure that they protect public health and the environment. Such reviews led to stricter standards for ozone in 1997, 2008 and 2015, lowering the regulatory threshold to 80, 75 and 70 parts per billion respectively.

The agency is currently preparing to carry out its next review of the ozone standard so that any updates can be finalized by October 2020. Earlier this year, then-EPA Administrator Scott Pruitt proposed changes to the review-and-update process that critics argue could weaken standards and threaten public health.

Deregulation advocates often emphasize the costs of complying with tightened regulations. For example, the EPA estimated that reducing the ozone standard from 75 to 70 ppb in 2015 would cost US$2.2 billion annually. Importantly however, the agency also projected that this change would generate health benefits worth between $4.1 and $8.0 billion annually.

Today more than 105 million Americans live in one of the 168 counties currently designated as part of ozone non-attainment areas due to violations of the current national ozone standard. The situation is worse in many emerging economies, such as India and China, where rapid industrialization has led to high and increasing ozone levels.

Climate change is expected to contribute to increases in ozone levels by warming the atmosphere and extending the annual period of high ozone formation from summer into fall. These possibilities, along with findings like mine showing ozone’s impacts even at low levels, underscore the continued importance of effective global monitoring and regulation of ozone and its precursor pollutants.