Our skin can keep track of time without any help from the brain, study suggests

Octopuses, chameleon can change their skin's colour based on their environment because of photoreceptors in their skin.

The cycle never stops, and the only reason you know the times are changing is because your brain tells you it is. The brain, during evolution, took on the responsibility of controlling your body and life – and keeping a tab on the time is just one of the many jobs that it does.

But, what if I told you, your skin can keep a track of the time as well? And what if it has its own clock, following solar time, calculated basis the position of the Sun in the sky? 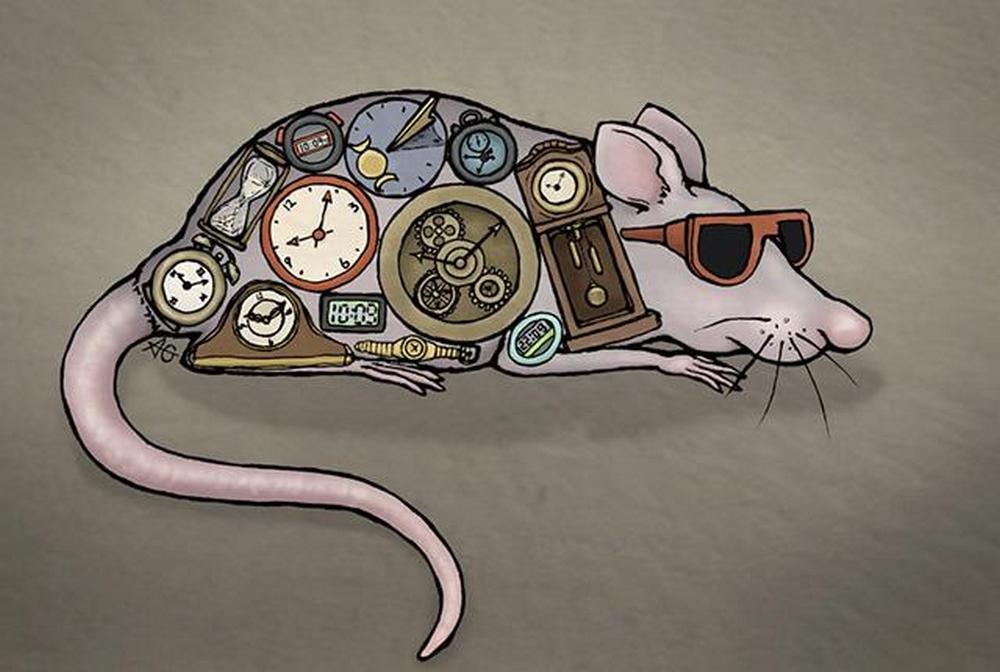 Researchers found that neuropsins synchronize the skin’s circadian clock to the light-dark cycle, independent of the eyes or brain. Image credit: Alice Gray

In a study conducted at the University of Washington, scientists made two discoveries that suggest the skin senses daytime and nighttime independently of the brain.

The first discovery was a protein (opsin) that they never knew existed in the skin – neuropsin. Previously, scientists have only known of neuropsin in some mammals and the role it plays in the reproductive cycles of some bird species. The protein is also are present in hair and whisker follicles of the mammals – mice, in this case of the study.

The second discovery was that the skin of mice synchronizes its circadian clock to the light-dark cycle without any input from the brain. The circadian clock was synchronized with solar time, and almost exactly 24 hours. This makes it possible for organisms to anticipate changes in the daily environment in accordance with the day-night cycle (light-dark cycle) – adjusting both it's biology and behaviour accordingly. The hair on the skin standing on end.

Animals like octopuses, chameleon lizards, squids, etc. can change the colour of their skin depending on their environment. This is possible because they have an opsin in their skin known as photoreceptors that allow them to do so. Mammals, too, have photoreceptors. But they are present in the eye’s retina and they are responsible for colour vision and the ability to see in dim lights.

"This is the first functional demonstration of opsin photoreceptors outside the eye directly controlling circadian rhythms in a mammal," Ethan Buhr, author of the study from the Washington School Of Medicine said in a statement. To prove their hypothesis, the researchers created a culture in a petri dish and use artificial lighting to change the time of the day.

“If you simulate taking the cultured skin from Seattle to Japan (by simulating the light changes across time zones), the skin figures out that the time zone has changed and adapts to the new time zone within days because of neuropsin,” said co-author Russ Van Gelder, professor and chair of ophthalmology at the UW School of Medicine.

Research has found that medicines taken at certain times can be more effective and they hypothesize that is can be applied to healing skin. The next step of their study is to see if skin can heal better in different types of lights.

Co-lead investigator Richard Lang said, in a statement, “Although our research is still underway, we hypothesize that specific colors of light at certain times of day will influence how the skin heals.”

The findings from this study have been published in the journal Current Biology.

Sikkim students infected by Nairobi flies: What are the skin-burning insects?