Only solution to China's plastic pollution is making less of it: Greenpeace report

From grubby packaging engulfing small Southeast Asian communities to waste piling up in plants from the US to Australia, China's ban on accepting the world's used plastic has plunged global recycling into turmoil.

For many years, China received the bulk of scrap plastic from around the world, processing much of it into a higher quality material that could be used by manufacturers.

But at the start of 2018, it closed its doors to almost all foreign plastic waste, as well as many other recyclables, in a push to protect the local environment and air quality, leaving developed nations struggling to find places to send their waste. 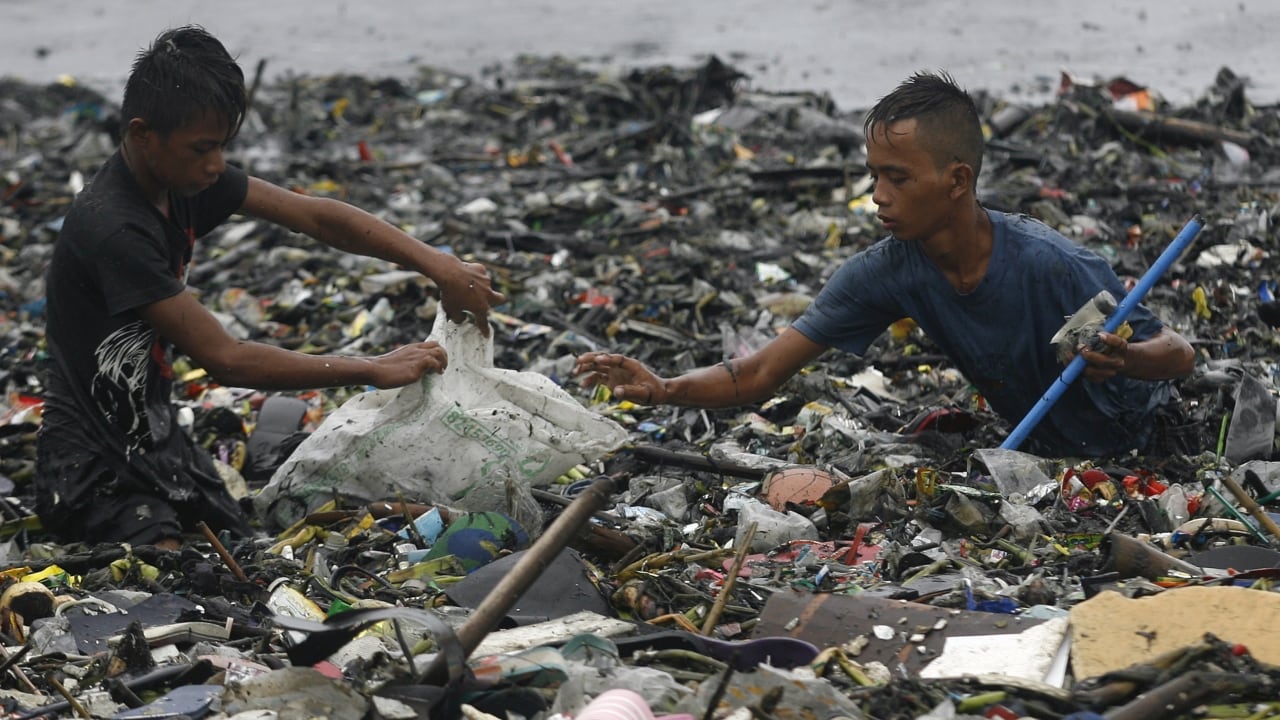 "It was like an earthquake," Arnaud Brunet, director general of Brussels-based industry group The Bureau of International Recycling, told AFP. "China was the biggest market for recyclables. It created a major shock in the global market."

Instead, plastic is being redirected in huge quantities to Southeast Asia, where Chinese recyclers have shifted en masse. With a large Chinese-speaking minority, Malaysia was a top choice for Chinese recyclers looking to relocate, and official data showed plastic imports tripled from 2016 levels to 870,000 tonnes last year.

In the small town of Jenjarom, not far from Kuala Lumpur, plastic processing plants suddenly appeared in large numbers, pumping out noxious fumes day and night.

Huge mounds of plastic waste, dumped in the open, piled up as recyclers struggled to cope with the influx of packaging from everyday goods, such as foods and laundry detergents, from as far afield as Germany, the United States, and Brazil.

Residents soon noticed the acrid stench over the town — the kind of odour that is usual in processing plastic, but environmental campaigners believe some of the fumes also come from the incineration of plastic waste that was too low quality to recycle.

"People were attacked by toxic fumes, waking them up at night. Many were coughing a lot," local resident, Pua Lay Peng, told AFP. "I could not sleep, I could not rest, I always felt fatigued," the 47-year-old added.

Pua and other community members began investigating and by mid-2018 had located about 40 suspected processing plants, many of which appeared to be operating secretly and without proper permits.

Initial complaints to authorities went nowhere but they kept up pressure and eventually the government took action. Authorities started closing down illegal factories in Jenjarom, and announced a nationwide temporary freeze on plastic import permits.

Thirty-three factories were closed down, although activists believe many have quietly moved elsewhere in the country. Residents say air quality has improved but some plastic dumps remain.

In Australia, Europe and the US, many of those collecting plastic and other recyclables were left scrambling to find new places to send it.

They face higher costs to get it processed by recyclers at home and in some cases have resorted to sending it to landfill sites as the scrap has piled up too quickly.

"Twelve months on, we are still feeling the effects but we have not moved to the solutions yet," said Garth Lamb, president of industry body Waste Management and Resource Recovery Association of Australia.

Some have been quicker to adapt to the new environment, such as some local authority-run centers that collect recyclables in Adelaide, southern Australia. The centers used to send nearly everything — ranging from plastic to paper and glass — to China but now 80 percent is processed by local companies, with most of the rest shipped to India.

"We moved quickly and looked to domestic markets," Adam Faulkner, chief executive of the Northern Adelaide Waste Management Authority, told AFP. "We've found that by supporting local manufacturers, we've been able to get back to pre-China ban prices," he added.

In mainland China, imports of plastic waste have dropped from 600,000 tonnes per month in 2016 to about 30,000 a month in 2018, according to data cited by a new report from Greenpeace and environmental NGO Global Alliance for Incinerator Alternatives.

Once bustling centres of recycling have been abandoned as firms shifted to Southeast Asia.

"The plastic recyclers were gone — there were 'for rent' signs plastered on factory doors and even recruitment signs calling for experienced recyclers to move to Vietnam," she told AFP.

Southeast Asian nations affected early by the China ban — as well as Malaysia, Thailand and Vietnam were hit hard — have taken steps to limit plastic imports, but the waste has simply been redirected to other countries without restrictions, such as Indonesia and Turkey, according to the Greenpeace report.

With only an estimated nine percent of plastics ever produced recycled, campaigners say the only long-term solution to the plastic waste crisis is for companies to make less and consumers to use less.