Only 12 Americans have ever set foot on the moon, here’s what they thought of it

Gene Cernan said that right after landing on the Moon you experience the most quiet moment a human being can experience in his lifetime.

Twelve American men walked on the Moon between 1969 and 1972, with most describing in great detail their experiences on the dusty, low-gravity world lit by the blinding light of the Sun. Here are their impressions, collected from a series of oral history interviews by NASA during the 1990s and 2000s, unless otherwise stated.

"That's where you experience the most quiet moment a human being can experience in his lifetime. There's no vibration. There's no noise. The ground quit talking. Your partner is mesmerized. He can't say anything. The dust is gone. Astronaut Edwin E. Aldrin Jr, the lunar module pilot, walks on the surface of the moon near the leg of the Lunar Module "Eagle" during Apollo 11's first manned lunar landing on 20 July 1969. Image: AFP/NASA.

It's a realization, a reality, all of a sudden you have just landed in another world on another body out there (somewhere in the) universe, and what you are seeing is being seen by human beings, human eyes, for the first time." Gene Cernan, Apollo 17

"We had a few moments to look around, to look up in the black sky — a totally black sky, even though the Sun is shining on the surface, it's not reflected; there’s no diffusion, no reflection — a totally black sky and seeing another planet: planet Earth ... You think to yourself, just imagine that millions of people are living on that planet and don't realize how fragile it is." Alan Shepard, Apollo 14

That's a product of having an atmosphere, and when you don't have an atmosphere, you don't have any clouds of dust. I was absolutely dumbfounded when I shut the rocket engine off and the particles that were going out radially from the bottom of the engine fell all the way out over the horizon, and when I shut the engine off, they just raced out over the horizon and instantaneously disappeared, you know, just like it had been shut off for a week. That was remarkable." Neil Armstrong, Apollo 11 US astronaut Buzz Aldrin climbs down the ladder from the lunar module "Eagle," 15 minutes after Neil Armstrong on 21 July, 1969. Image: AFP/NASA

"There's a problem on the Moon. Your — with depth perception, because you're looking at objects you've never seen before, so a big object far away looks very similar to a smaller object close in. You don't have any pole — telephone poles or houses or trees or cars to sit and judge scale like we did... down here on Earth." Charlie Duke, Apollo 16.

"There seems to be no difficulty in moving around — as we suspected. It's even perhaps easier than the simulations of one-sixth g that we performed in the various simulations on the ground. It's absolutely no trouble to walk around."

"I started jogging around a bit, and it felt like I was moving in slow motion in a lazy lope, often with both of my feet floating in the air. One of the pure joys of being on the Moon was our somewhat lightfooted mobility."

Apollo 11's Buzz Aldrin in his book Magnificent Desolation: The Long Journey Home from the Moon. This NASA photo shows the Lunar Module of the Apollo 11 space mission in lunar orbit on 21 July, 1969. Image: AFP/NASA

"I would say that balance (while walking) was not difficult; however, I did some fairly high jumps and found that there was a tendency to tip over backwards on a high jump. One time I came close to falling and decided that was enough of that."

Armstrong during his 1969 technical debrief.

"The biggest problem is that the gloves are balloons... to pick something up, you have to squeeze against that pressure, 3.7 psi... That squeezing against that pressure causes these forearm muscles to fatigue very rapidly. Just imagine squeezing a tennis ball continuously for eight hours or ten hours, and that's what you're talking about."

"Getting the flagpole to stand in the lunar surface was more difficult than we anticipated... For the first time a shot of panic seared through me. Since childhood I had seen pictures of great explorers planting their flags in their new worlds. Would I be the first to plant the flag and have it fall over?" 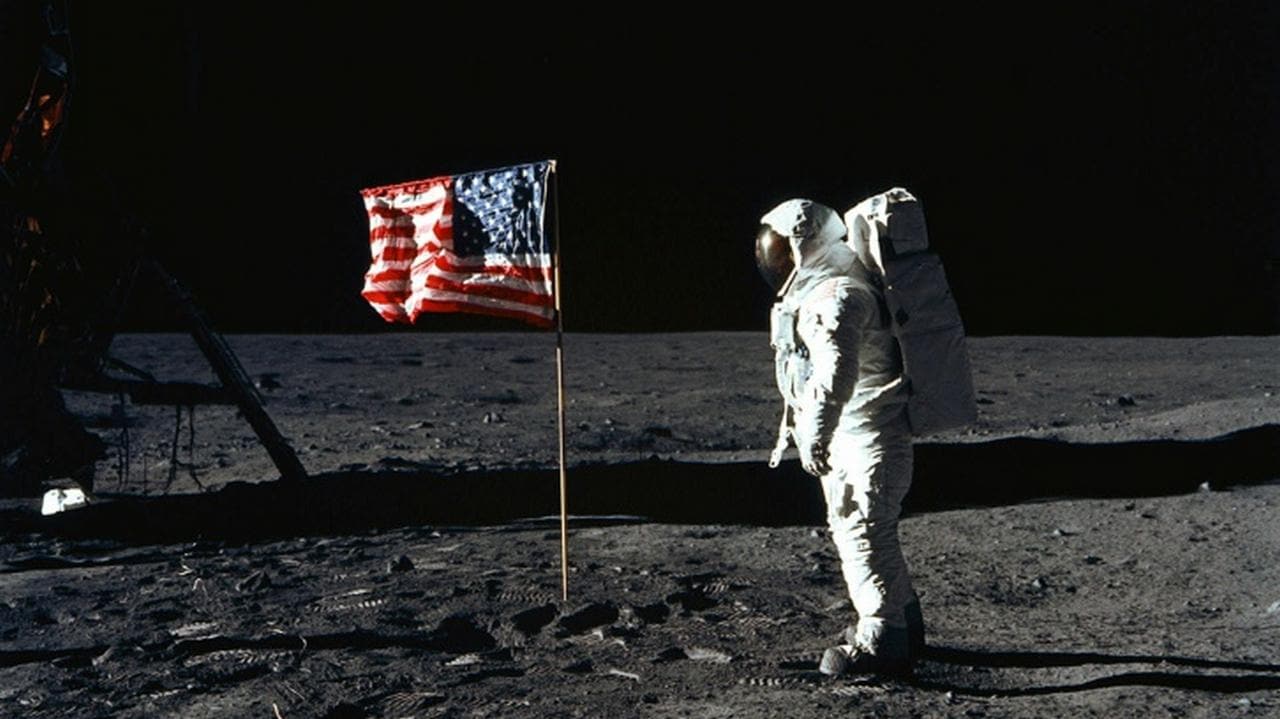 "I noticed some of the moon dust on the floor (of the lunar module). It had a gritty charcoal-like texture to it, and a pungent metallic smell, something like gunpowder or the smell in the air after a firecracker has gone off. Neil described it as having a 'wet ashes' smell."