After sustained pressure from both civil society and courts over the past few years, the Indian government launched the National Clean Air Programme (NCAP) in January 2019. Now, one year later, in January 2020, there is progress reported on increasing the number of air quality monitoring stations. However, in terms of controlling pollution, progress has been slow, feel experts.

The central government had launched NCAP as a long-term, time-bound, national-level strategy to tackle the air pollution problem across India in a comprehensive manner, with targets 20-30 percent reduction in Particulate Matter 10 (PM10) and PM2.5 concentrations by 2024, keeping 2017 as the base year for the comparison of concentration.

However, when it was launched, it had come under heavy criticism for its targets not being legally binding. 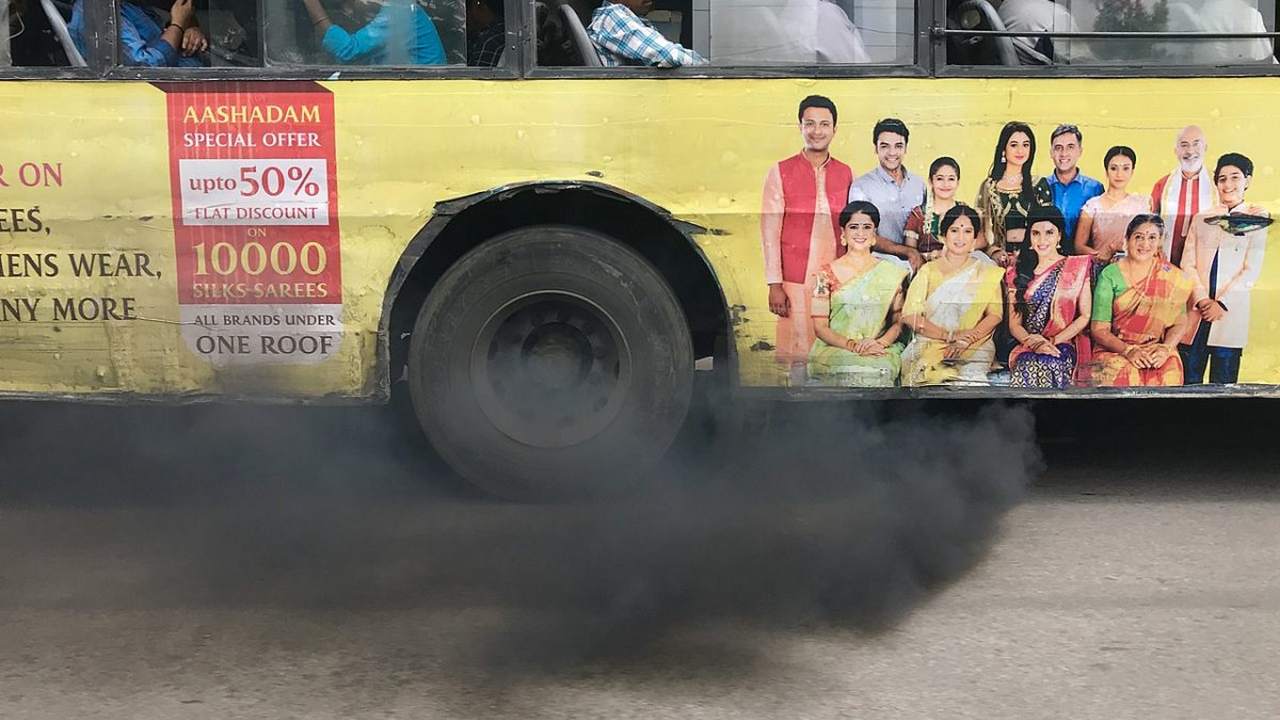 Air pollution is estimated to be responsible for over a million lives in India every year. Image credit: iMahesh/Wikimedia Commons.

“Under NCAP, 102 non-attainment cities have been identified based on ambient air quality data for the period 2011-2015 and WHO (World Health Organisation) report 2014/2018. The city-specific action plans which include measures for strengthening the monitoring network, reducing vehicular/industrial emissions, increasing public awareness, etc. have been prepared and approved for ground implementation for all 102 non-attainment cities,” said India’s environment minister Prakash Javadekar while replying to a query in parliament in December 2019. Non-attainment cities are those which were found to be consistently violating the National Ambient Air Quality Standards (NAAQS) during the 2011-2015 period.

Explaining further, an official of the Ministry of Environment, Forest and Climate Change (MoEFCC) said it is only the first year of the plan.

“Things are moving slowly as all the basics are being put in place. Once the allocation is done for all cities and the technology solutions are finalised, the work will get streamlined,” said the MoEFCC official, wishing anonymity.

Efforts to combat air pollution need to be scaled up

Though the government claims it has been doing its part to control the pollution by looking at long term solutions, the central and state governments once again came under the scanner in the winter season of 2019 when the air quality in Delhi and adjoining regions crossed emergency levels.

In November 2019, the Supreme Court of India had pulled up the central and state governments for failing to control air pollution due to stubble burning. It had asked governments if they feel ashamed that people are no longer safe even in their houses. The court had even asked if it is feasible to shift to hydrogen-based fuels to check air pollution.

On January 10, 2020, the climate and energy news aggregator site, CarbonCopy launched an NCAP monitoring dashboard to track the progress of India’s national air pollution management plan, across a range of parameters like budget spending and improvement in PM levels. 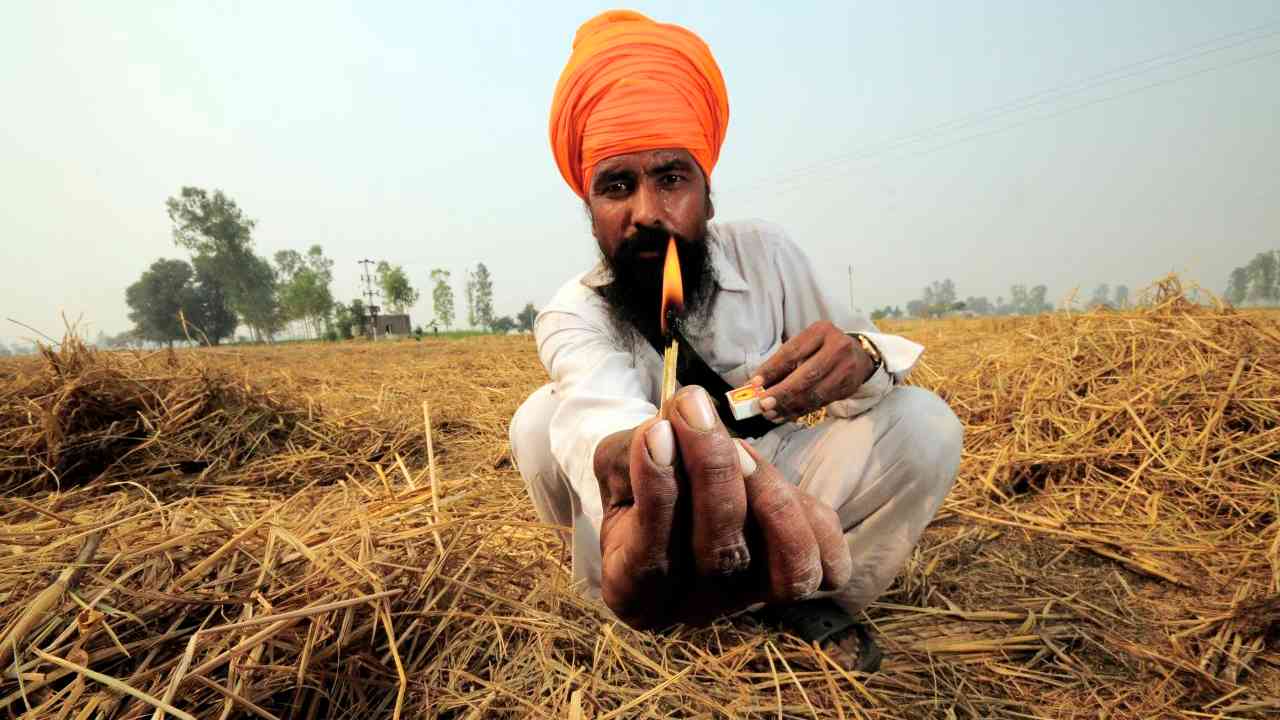 Stubble burning is considered as one of the major reasons behind high air pollution in Delhi in winters. Image credit: Flickr

According to CarbonCopy’s NCAP dashboard (based on information obtained under the Right to Information), Rs. 2.8 billion (Rs. 280 crores) have been disbursed to 28 non-attainment cities by the Central Pollution Control Board (CPCB) so far, which include cities like Varanasi, Lucknow, Hyderabad, Mumbai, Kolkata and Bengaluru.

“While Hyderabad has spent the maximum of Rs. 78 million (Rs. 7.8 crores) on increased monitoring efforts among all 28 cities, Ahmedabad is trailing at eight million rupees (Rs. 80 lakhs) on installation and commissioning of CAAQMs (Continuous Ambient Air Quality Monitoring Stations). Meanwhile, Raipur is leading the way with green paving activities worth Rs. 42 million (Rs. 4.2 crores), while Surat has spent five million rupees (Rs. 50 lakhs) on this activity so far as the only effort one year since NCAP came into effect,” according to a statement by CarbonCopy.

Delhi has not made it into this list so far, said the statement.

This is of particular interest as Delhi and its adjoining regions, over the past few years, have become infamous for resembling a gas chamber in the winter season when the air quality deteriorates to emergency levels. Repeatedly, studies have shown that high levels of air pollution lead to a loss of over a million lives every year.

Aarti Khosla, who is the director of CarbonCopy said, “Air pollution is no longer an unseen unknown phenomenon” as its “public health effects are being experienced far and wide.”

“China is the closest example for India on how it controlled its emissions and penalised polluters to control the airpocalypse in Beijing from 2012 to 2017. If India wants to create a success story in air pollution management and mitigation, proper implementation, enforcement and execution in NCAP is crucial to that effect,” Khosla cautioned.

“This tracker is meant to add transparency in tracking implementation. While India is one of the few countries which is on track to meet its international climate commitments, the country’s highest health burden due to air pollution make it imperative for India to address this problem at its root cause and urgently,” said Khosla, in a statement.

Professor Sachchidanand Tripathi of Indian Institute of Technology (IIT) Kanpur, who is involved in the implementation of NCAP, explained to Mongabay-India that there are a lot of things that are happening but there is certainly scope for more.

“What we have done is to create a national network of IITs, top universities and labs which is going to provide scientific inputs and technical support for the implementation of the NCAP. After the first round of allocation of money in the last one year, several states have already moved towards conducting source apportionment studies in non-attainment cities,” said Tripathi while adding that the central government would soon hold a meeting to review the progress made so far under the NCAP.

Tripathi also revealed that they have also made progress in the development of low-cost air quality monitoring sensors which has received an encouraging response from the government. “This can provide invaluable help as the conventional way of monitoring will take a long time. There is this broad agreement that we need to move fast with the idea of scaling up of monitoring air quality,” Tripathi added.