Global leaders will try to reignite international environmental diplomacy on Monday, with a biodiversity summit that launches a critical year for efforts to stem the devastating effects of global warming and species loss. Momentum on climate and biodiversity stalled in 2020 as a result of the coronavirus pandemic, a health crisis that experts say illustrates the many diverse dangers of environmental destruction. The One Planet Summit, a largely virtual event hosted by France in partnership with the United Nations and the World Bank, will include French President Emmanuel Macron, UN chief Antonio Guterres, German Chancellor Angela Merkel and EU chief Ursula Von der Leyen.

Organisers want to lay the groundwork for crunch UN biodiversity talks — postponed because of the pandemic — that are set to be held in China in October and will see nearly 200 nations attempt to thrash out new goals to preserve Earth's battered ecosystems. 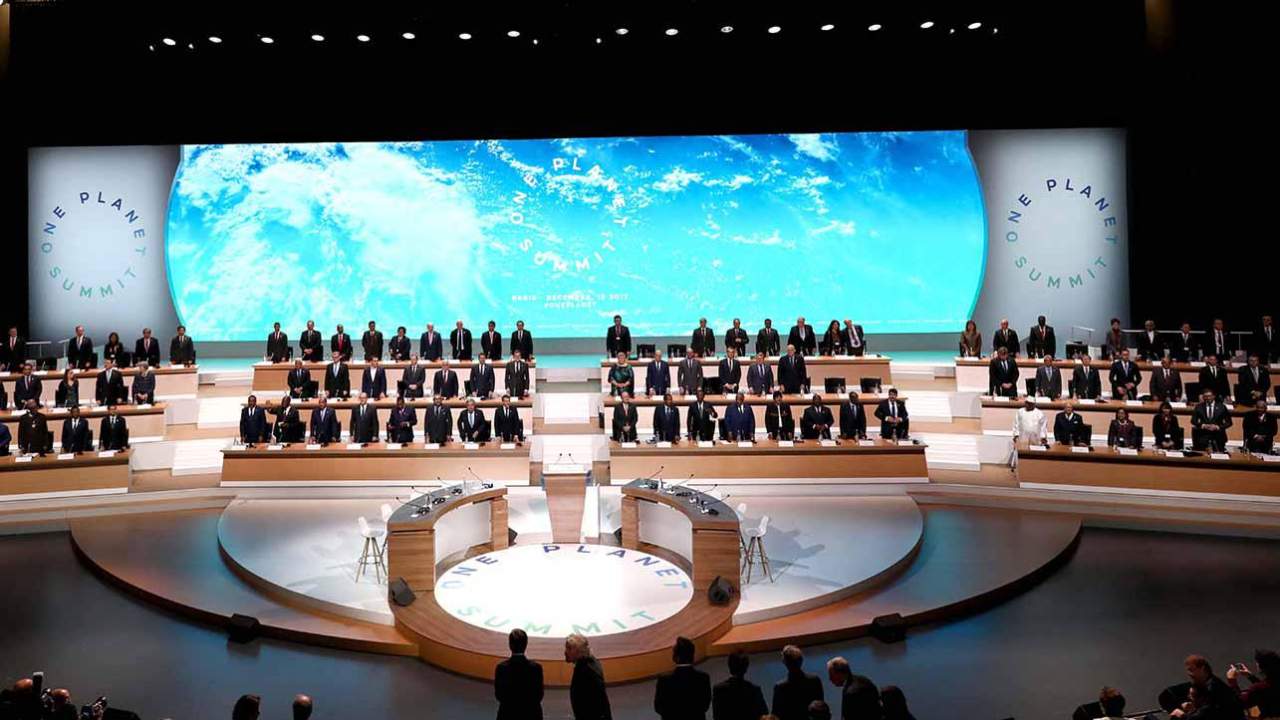 Antonio Guterres warned last month that nations were not doing enough to avoid devastating temperature rises and urged world leaders to declare a "climate emergency" in their countries. Image credit: One Planet Summit

France hopes next week's summit will bring together issues around climate and the protection of ecosystems, a source from the Elysee Palace told AFP, adding that along with global warming, preservation of biodiversity is "our collective life insurance".

The planet is on the cusp of a mass extinction event in which species are disappearing at 100 to 1,000 times the normal "background" rate, most scientists agree. The UN's science advisory panel for biodiversity warned in a landmark 2019 report that one million species face extinction, due mostly to habitat loss and over-exploitation. Human activity, it concluded, had "severely degraded" three-quarters of ice-free land on the planet.

The picture on climate change is just as dire.

Under the 2015 Paris deal, the world's nations vowed to cap global warming "well below" 2C, and 1.5C if possible. With just over 1C of warming so far, the world has seen a crescendo of deadly droughts, heatwaves, flood-inducing rainfall, and superstorms made more destructive by rising seas.

The European Union's climate monitoring service has said 2020 tied 2016 as the hottest year on record.

Guterres warned last month that nations were not doing enough to avoid devastating temperature rises and urged world leaders to declare a "climate emergency" in their countries.

The UN's next major climate summit, COP26, was also postponed because of the pandemic and is now due to be held in November.

Participants at Monday's talks are "ready to demonstrate that their commitments are leading to concrete actions to preserve and restore biodiversity, and to lead systemic transformations of economies", according to a summit statement.

Leaders will present initiatives on four themes — the protection of terrestrial and marine ecosystems, agro-ecology, funding for biodiversity and the link between deforestation, species and human health.

Last October, the UN's biodiversity panel warned future pandemics will happen more often, kill more people and wreak even worse damage to the global economy than Covid-19 without a fundamental shift in how humans treat nature.

The summit will also launch the High Ambition Coalition — a group of 45 countries led by Costa Rica, France and Britain — which aims to secure a global agreement to protect at least 30 percent of the planet's land and oceans by 2030.