Oceans and marine life through 2019: 10 positive developments in sea life and global oceans

In 2019, we saw a mixed bag of news stories from oceans, high seas and marine conservation. A fair bit of progress was made toward an international treaty to protect biodiversity on the high seas. An incredible rebound was witnessed in the western South Atlantic humpback whale (Megaptera novaeangliae) to nearly its pre-whaling population size. Meanwhile, research documenting rapidly unfurling effects of climate change in the ocean painted a dire picture of the present and future ocean. These include accelerating sea level rise, more severe marine heatwaves and more frequent coral bleaching events.

A pair of marine scientists from the University of California, Santa Barbara, have shared their list of the top ten ocean news stories from 2019 that are still worth celebrating. 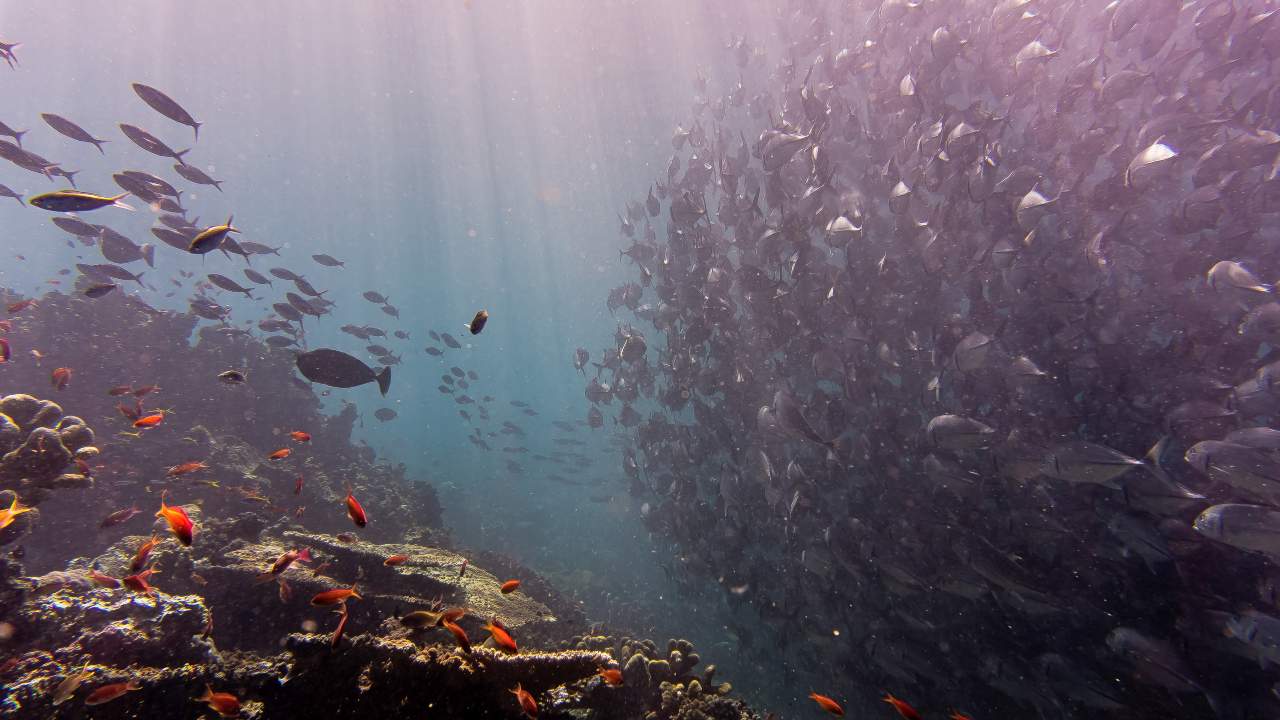 A glimpse of marine life just beneath the ocean surface.

Climate change impacts on land made almost daily headlines this year: fires, floods, more extreme storms. Equally intense effects are being realized in our seas. This year, more than 100 scientists from 30 countries brought these impacts on the ocean into sharp focus with the Intergovernmental Panel on Climate Change (IPCC) special report on the ocean and cryosphere.

The findings were bleak: Sea level rise is accelerating, marine heatwaves are more extensive and intense and coral bleaching events are occurring with increasing frequency. The report’s predictions up the ante on action. Even if we meet the Paris Agreement mandate to keep warming to below a 2-degree Celsius rise over pre-industrial levels, the report suggests that by 2100 sea levels will rise by 0.3 to 0.6 meters (1 to 2 feet), there will be 20 times more marine heatwaves and the ocean will be 40% more acidic. 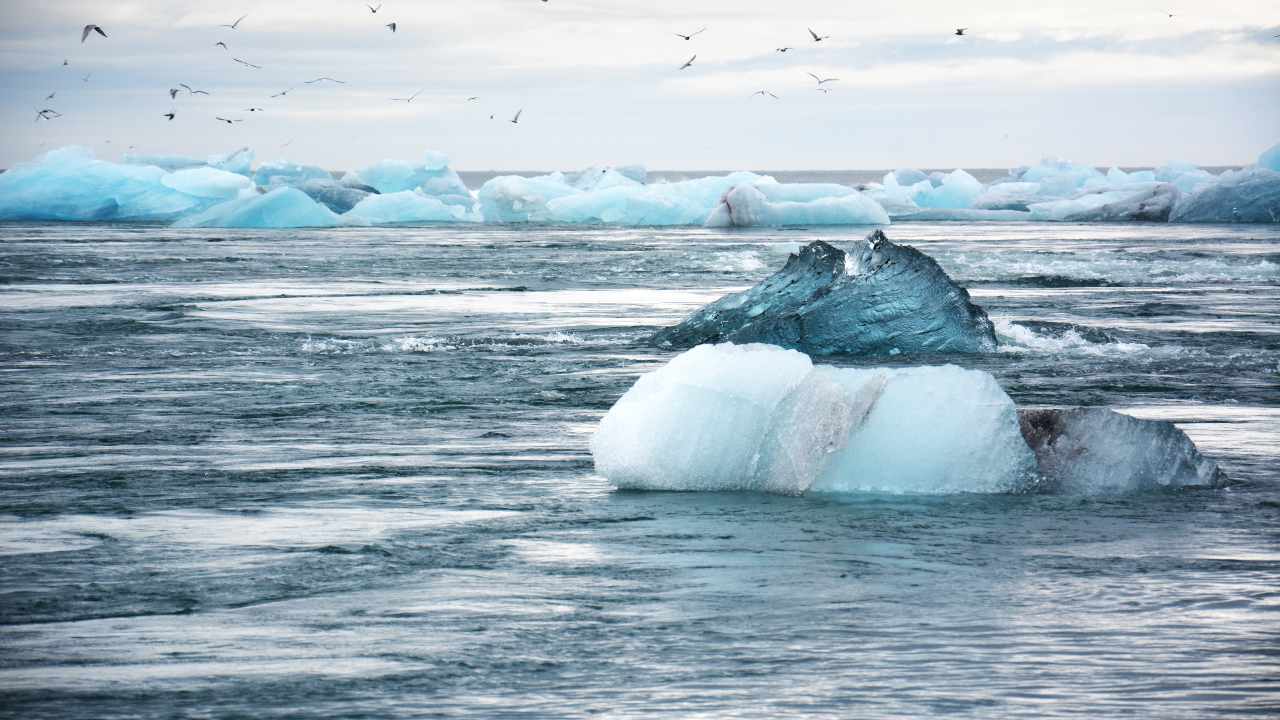 Icebergs and melting ice in the Vatnajökull National Park in Iceland.

The urgency for ocean/climate action was happily mirrored at the close of this year with an all-time bump in importance for oceans at the recent UN climate negotiations (COP25) in Madrid, with the event even being billed by some as the “Blue COP.”

2. A year for youth leadership

While detailed scientific reports and formal international negotiations are making slow progress, 2019 was the year that youth climate activists stood up to demand a much more rapid response. This included youth from the Pacific islands who are already dealing with the impacts of sea-level rise.

Greta Thunberg inspired millions of students to participate in school strikes, and Fridays for Future marches became a common occurrence in towns and cities across the globe. More than 4 million people in over 163 countries are estimated to have participated in the global climate strike in September. 2019 could be called the year when youth undeniably spoke their mind about climate change, but it remains to be seen how well the world listened.

2019 was a big year for progress on protecting biodiversity on the high seas, the two-thirds of the ocean that lie outside of national waters. The U.N. hosted two rounds of negotiations on a possible new global treaty to better manage and protect biodiversity on the high seas — life that too often has slipped through international regulatory cracks. This protection is critical for pelagic populations that have already suffered huge losses due to overfishing or bycatch. Two young dolphins heading towards the high seas just as the sun breaks through the horizon in Avalon Beach, New South Wales.

Marine scientists from around the world presented results to the UN this year as to which parts and how much of the high seas should be protected. Considerations include hotspots for migratory marine top predators such as seabirds and sharks, important fish spawning and feeding grounds and areas that may provide a buffer to climate change impacts. A draft treaty text was released in November.

With only one more planned negotiating session left this spring in New York, all eyes in 2020 will be on whether the treaty indeed becomes something that matters for ocean life on the high seas.

4. Sprint to the finish line on parks in the sea

More than 3 billion people globally rely on healthy marine ecosystems for their livelihoods. However, fish stocks are overexploited, marine pollution is rife and ocean acidification is on the rise. A key target of UN Sustainable Development Goal 14 is to protect 10 percent of marine areas by 2020, a goal also encapsulated in Aichi Target 11 of the Convention on Biological Diversity (CBD).

With several large new protected areas announced in recent years and current ocean protection at around 7.5 percent we are now close to reaching the 10 percent target, but it remains to be seen if this can be achieved before the next CBD Conference of the Parties in October 2020. Even so, meeting the target does not ensure conservation success.

Hard work remains to be done to ensure that all marine protected areas are effective. This year also saw increasing calls from scientists, conservationists and governments to raise global ambitions and aim to protect 30 percent of the ocean by 2030, part of which would include high seas waters. An oil spill detected off the coast of Brazil in late August of this year is estimated at over 7,000 tons of crude oil, covering a 2,700-kilometer (1,680-mile) stretch of coastline. The spill has contaminated hundreds of beaches, estuaries, reefs and mangroves and is threatening important biodiversity hotspots and at least 48 marine protected areas.

One of these is Abrolhos Bank, the largest coral reef area in the South Atlantic Ocean. The source of the spill has yet to be identified, but it seems likely to have come from a “dark ship” that had switched off its location transponder.  Analysis of satellite data has helped to identify ships that were in the area at the time of the spill, and the Brazilian authorities are currently reviewing the information. Brazil’s National Contingency Plan was activated late, and citizens whose livelihoods depend on coastal resources were those most impacted by the spill. An improved response requires a crisis emergency fund and trained personnel to help citizens respond safely to environmental disasters. Further investment is also needed to improve both the science of spills and the technology that will enable a modern satellite monitoring system of ship activity.

Every year it seems we learn more and more about the severity of the plastic pollution crisis. Actions to address the crisis kicked off at the start of the year when the Alliance to End Plastic Waste, a group of household-name companies (think Procter & Gamble, Shell and Dow), committed $1 billion to reduce plastic waste and improve recycling. Other recent commitments include the Sea the Future initiative from the Minderoo Foundation, which hinges on businesses pledging a voluntary contribution that will make fossil fuel-based plastics more expensive to produce and more valuable to collect.

At the country level, Vietnam released its National Action Plan on Ocean Plastic Waste Management, Panama became the first Central American nation to ban plastic bags, and Kenya committed to banning single-use plastics in 2020. Awareness has also increased about the role that rivers play in the flow of plastic into the ocean, and innovative solutions are being developed to tackle the problem, such as Baltimore Harbor’s Mr Trash Wheel and The Ocean Cleanup’s Interceptor. A special ship designed to clean the oceans harvested its first plastic from the Great Pacific Garbage Patch in October 2019, after setting sail from San Francisco in a month prior. Image: The Ocean Cleanup/YouTube

The world moved closer this year to answering a landmark question for oceans: Should we legalize mining of the seafloor?

The International Seabed Authority hopes to finalize the answer to that question next year by completing international regulations on commercial ocean mining in the high seas, but it faces significant political opposition. In 2019 a host of countries, including Fiji, formally called for bans on ocean mining, citing concerns about the possible negative impacts that mining may have on fisheries, carbon storage in the oceans and fragile deep-ocean ecosystems.

Paralleling the race to mine the seafloor is the race to reduce our dependence on these marine minerals, through both the transformation of battery chemistry away from the reliance on rare metals — for example, with potential breakthrough moments in next-generation battery research from labs at MIT and Berkeley — and the improvement of methods to recycle metals from existing products. 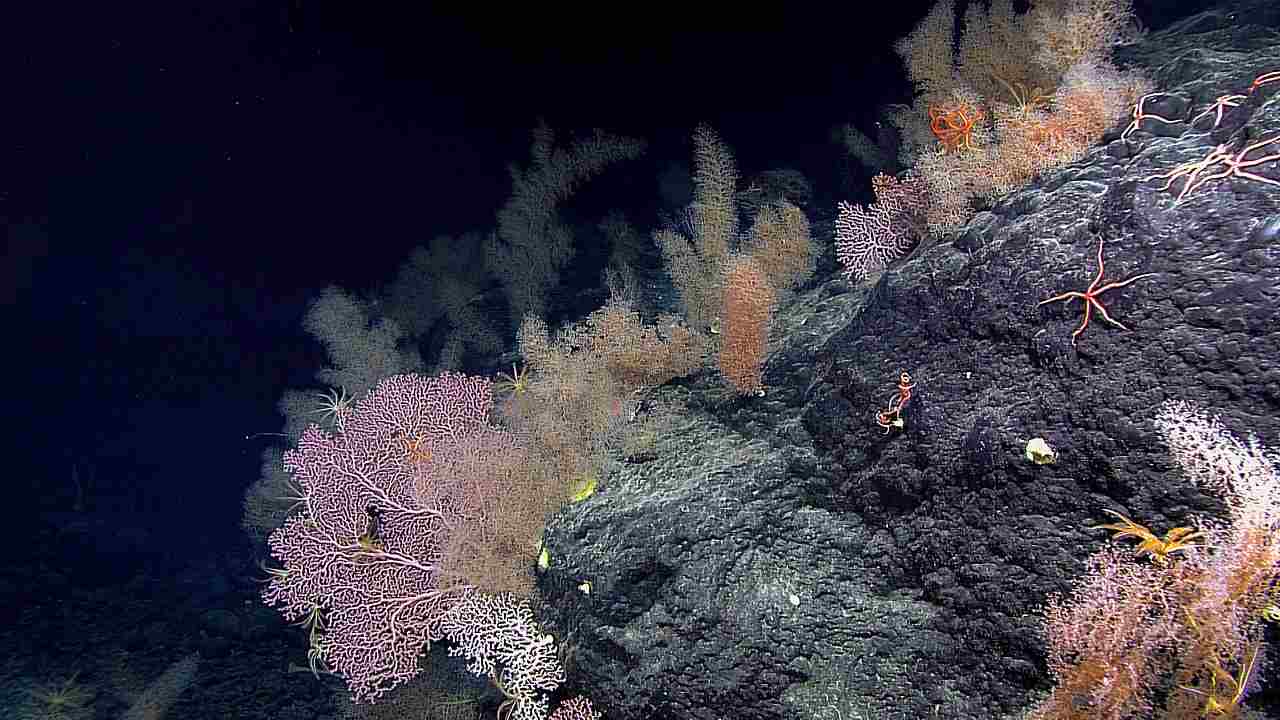 8. End of the line for fisheries subsidies

Harmful fisheries subsidies are contributing to the depletion of marine life globally, with one-third of the world’s fish stocks now harvested at unsustainable levels compared to just 10 percent some 40 years ago. Subsidies are payouts provided to fishers by governments to offset costs, such as fuel and fishing gear, and they can often encourage illegal catch or fishing beyond biologically sustainable limits.

Members of the World Trade Organization (WTO) have been in negotiations to end harmful fisheries subsidies since 2001, and with talks picking up momentum in 2019, it was hoped an agreement would finally be reached by the end of the year. Unfortunately, that opportunity has now passed, but in early December members agreed on an intensive program of negotiations for early 2020 aiming to reach agreement by the next WTO ministerial meeting in June.

The appointment of a new chair of the negotiations has injected fresh energy and hope into the talks process, and many voices of influence have joined the call for a swift conclusion to the negotiations, including the WTO’s director-general, Roberto Azevêdo, and famed British naturalist Sir David Attenborough.

It’s often quoted that we know more about the moon’s surface than the ocean floor, and even in 2019 the ocean still continues to surprise us. Though we’ve known about biofluorescence in the marine world for a while, the mechanism for why some shark species emit a green glow was only worked out this year. 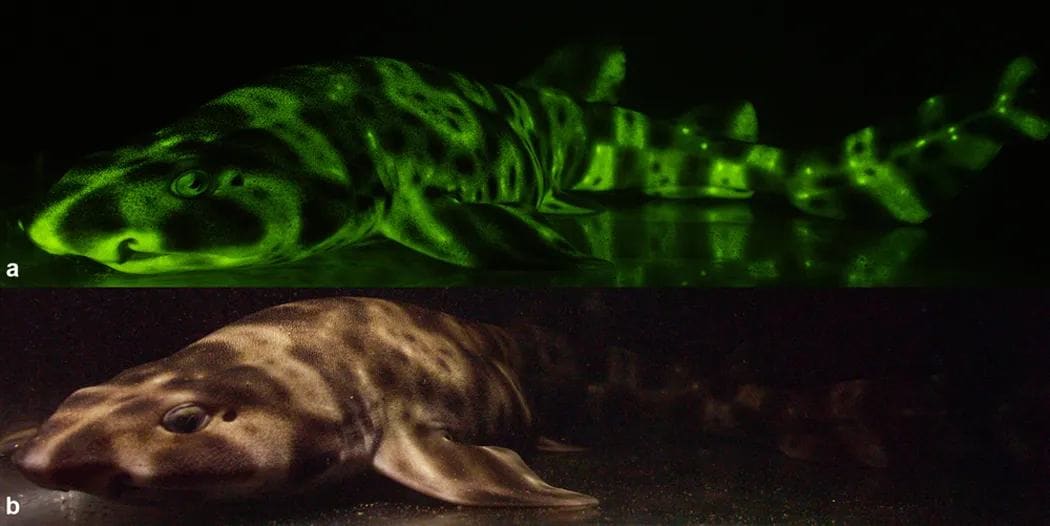 Researchers discovered a small family of molecules that produce the green glow, which is only visible to other sharks, and the compounds may even offer protection from microbial infection. It can be a challenge to keep up with the changes happening in the ocean, many of which are driven by climate change. The appearance of a go-kart-size hoodwinker sunfish (Mola tecta) washed up on Coal Oil Point Reserve in Santa Barbara, California, caused confusion for locals and scientists alike. This species, which was only discovered in 2014, is usually more at home in the waters of the Southern Hemisphere.

And finally, the so-called “Blob,” a patch of unusually warm ocean water that formed in the Gulf of Alaska in 2013 and spread along the entire North American west coast, continues to leave its mark. 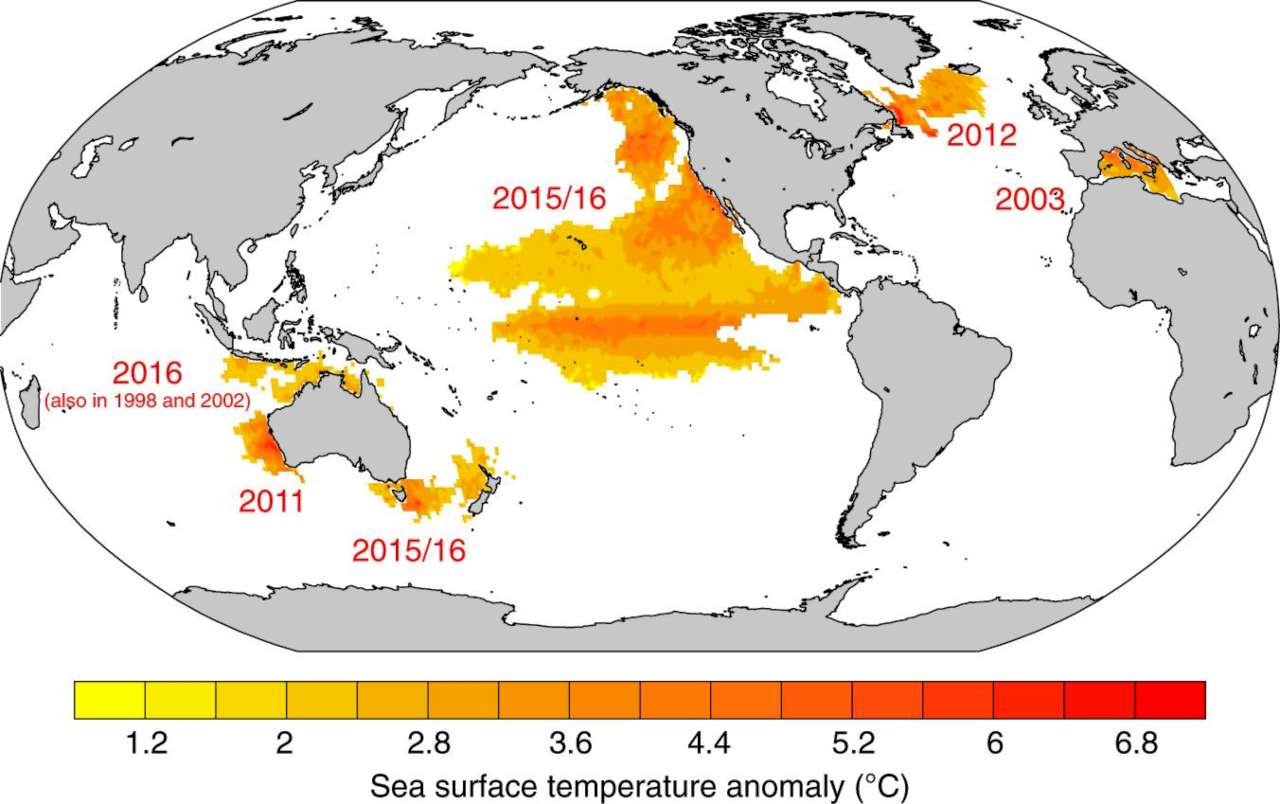 The emerging risks from marine heat waves on a world map. Image: Springer/Nature

While waters cooled in mid-2016, the previous warmer temperatures have been tied to a crash in cod stocks in the Gulf of Alaska, and this month fisheries managers made the unprecedented decision to close the Pacific cod fishery. Worryingly, NOAA reported in September on the beginning of another marine heatwave covering the same region and extent as the blob with the potential to further impact marine and coastal ecosystems.

The story has been adapted from a commentary and edited for style from Mongabay. You can read the original story here.