The Raychaudhuri Equation continues to be a key tool in investigating the behaviour of black hole horizons in modern physics.

British physicist Dr Roger Penrose was awarded half the Nobel Prize in Physics this year. An emeritus professor at the University of Oxford, Penrose collaborated with Stephen Hawking some half a century ago to co-develop theories about the existence and nature of black holes. Few know that their work stands on the shoulders of Kolkata-born physicist Amal Kumar Raychaudhuri. The Raychaudhuri Equation in General Relativity, derived by Raychaudhuri, has now come into the spotlight.

The Raychaudhuri Equation, a fundamental result in general relativity, describes how nearby bits of matter move. It was discovered independently by Raychaudhuri and Soviet physicist Lev Landau as a simple, general validation of our expectation that gravitation is a universal force that attracts objects with mass and energy according to the General Relativity theory (and Newton's theory of gravitation). 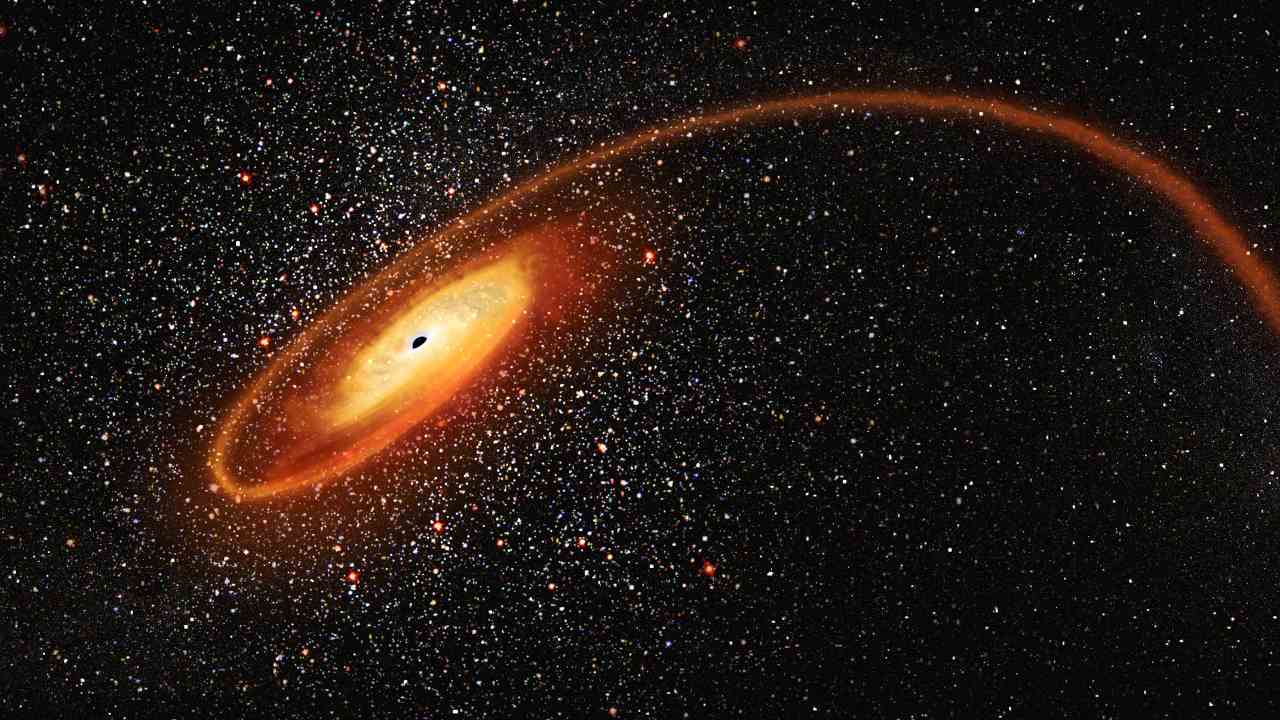 This illustration depicts a cosmic homicide in action. A wayward star is being shredded by the intense gravitational pull of a black hole that contains tens of thousands of solar masses. Image credit: NASA, ESA and D. Player

A black hole is a region of spacetime where gravity is so strong that nothing—no particles or even electromagnetic radiation such as light—can escape from it. Einstein's theory of general relativity predicts that a sufficiently compact mass can deform spacetime to form a black hole.

Singularities are locations in spacetime where the gravitational field of an object is thought to become infinite in a way that is independent of the coordinate systems. Singularities can be found in all the known black-hole spacetimes, which ties them together in the search for answers in astrophysics.

The Penrose–Hawking singularity theorems try to explain the conditions under which gravitation produces 'singularities'. The Raychaudhuri Equation is a fundamental lemma for this series of theories on black holes.  Penrose, in collaboration with cosmologist Stephen Hawking, used the Raychauduri equation published in the journal Physical Review in 1955, for a mathematical description of black holes in 1969. Even though General Relativity had predicted their existence, Einstein himself did not believe in them.

The Raychaudhuri Equation continues to be a key tool in investigating the behaviour of black hole horizons in modern physics, astrophysicist Aswin Sekar writes in the Wire.

"[The equation]...has its roots in simple geometry and not in Einstein’s theory of relativity. This means that Raychaudhuri’s insights will endure even should Einstein’s theory become replaced with a different or more advanced paradigm," he adds.