Peebles advanced the concept of a dark matter component to the universe and its implications for the evolution of structure.

During the press conference in which he was revealed as one of the winners of the 2019 Nobel Prize in Physics, James (Jim) Peebles was asked to point to a single discovery or breakthrough from his long career that would put the award in context. Peebles demurred, replying instead: “It’s a life’s work.”

That’s a perfect description of his contribution to our understanding of the universe. His is a career so influential that he is widely recognised as one of the key architects of the field of physical cosmology, the study of the universe’s origin, structure and evolution. I am sure I am not alone in regarding Peebles as the greatest living cosmologist. Peebles’s research career started in the early 1960s. The Canadian-born scientist earned his undergrad at the University of Manitoba and later gained his PhD in the group of Robert Dicke at Princeton University in New Jersey in 1962. He has remained there ever since. Peebles now holds the title of Albert Einstein Professor of Science at Princeton.

In the 1960s, Dicke’s group was working on theoretical predictions – and the corresponding observational consequences – for the state of the “primordial” universe, the phase immediately following the Big Bang lasting for a few hundred thousand years. At that time the Big Bang theory for the formation of the universe was not yet fully accepted, despite observational evidence that galaxies were moving away from each other.

Dicke’s group was working on the theory that if the universe was expanding, then it must have been much smaller, hotter and denser in the past. The prediction was that the thermal radiation from this epoch might be still be observable today as background radiation pervading the universe. The Princeton group was also designing instruments to try to detect it.

Meanwhile, Arno Penzias and Robert Wilson, working for Bell Labs (also in New Jersey), had detected an unusual persistent background noise in their experiment. They were investigating the use of high altitude “echo” balloons, a kind of early satellite communication.

When Penzias and Wilson approached Dicke’s group for advice, it became clear that they had actually detected the relic background radiation. We call it the cosmic microwave background (CMB) because the radiation peaks in the microwave part of the electromagnetic spectrum. 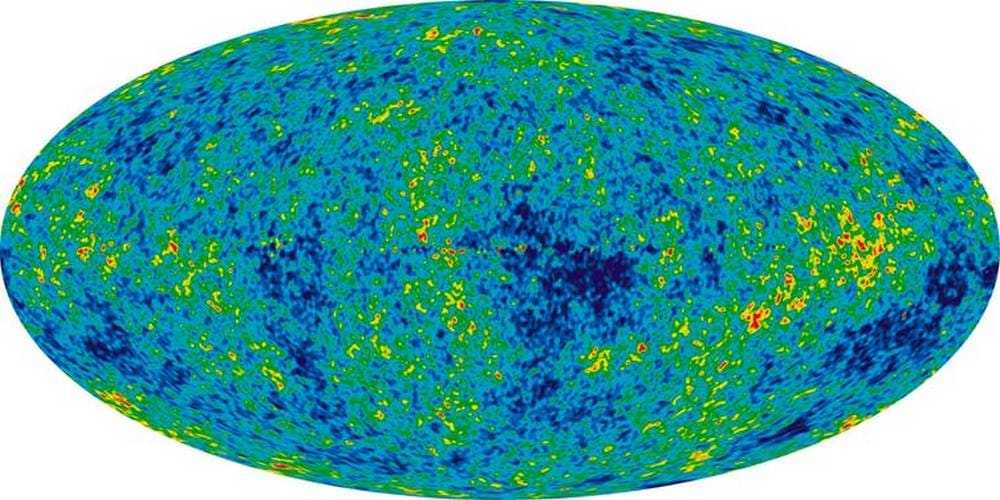 The resulting papers were arguably the birth of the field of observational cosmology, a branch of physics that has revolutionised our view of the cosmos and our place within it. Peebles played a pivotal role in our theoretical understanding of the primordial universe and its evolution, but he also recognised that the CMB was a treasure trove of information that could be plundered. In particular, it holds clues about the formation of cosmic structures – the galaxies – and indeed clues about the fundamental nature of the universe itself.

Much of Peebles’s work has focused on understanding the emergence and growth of structure in the universe from the relatively smooth primordial conditions encoded in the CMB. In the process he has helped define an entire field of study.

For example, in the early 1970s, he was one of the first to run computer simulations of cosmic structure formation, a practice that is an entire branch of research today, where cosmologists explore toy universes.

Peebles helped usher in the “dark sector” to our model of the universe, becoming a pioneer of (what is now called) the standard cosmological model. In this model, the universe is dominated by mysterious forms of matter and energy that we are yet to fully understand, but whose existence is supported by observational evidence. Normal matter now has an almost negligible cosmic relevance compared to this dark matter and dark energy.

Peebles has produced such an immense body of work it is impossible to do it all justice in this short article. In one of his most influential papers, he linked the subtle fluctuations in the temperature of the CMB – which reflect ripples in the density of matter shortly after the Big Bang – with the way in which matter is distributed on a large-scale throughout the present day universe. The link exists because all the structure we see around us today must have grown through the evolution of those primordial seeds.

Peebles advanced the concept of a dark matter component to the universe and its implications for the evolution of structure. Through this, and other work, he helped establish the theoretical framework for our picture of how galaxies have formed and evolved. And he demonstrated how observations of the CMB and the distribution of galaxies could be used as evidence to help measure key cosmological parameters, the numbers that feature in the equations we use to describe the nature of the universe.

The influence of Peebles doesn’t end there. Aside from his monumental contributions to fundamental research, spanning the CMB, dark matter, dark energy, inflation, nucleosynthesis, structure formation and galaxy evolution, his textbooks have educated generations of cosmologists. They will do for years to come. His Principles of Physical Cosmology is on my desk right now.

In the Nobel press conference, Peebles was keen to highlight that he didn’t work alone. But to say that he has been largely responsible for shaping our understanding of the universe is a cosmic understatement.