The million-dollar prize for Chemistry is the last of this year's scientific Nobel Prizes.

The Nobel Prize in chemistry has been awarded to two researchers in the United States and one in Britain.

The 1.01 million-dolloar-prize was awarded partly to Dr Frances Arnold of Caltech, for her work on the "direct evolution of enzymes". Dr Arnold's research has led to alot of revolutionary advances in new biofuel and pharmaceutical technology, according to a Guardian report.

BREAKING NEWS:
The Royal Swedish Academy of Sciences has decided to award the #NobelPrize in Chemistry 2018 with one half to Frances H. Arnold and the other half jointly to George P. Smith and Sir Gregory P. Winter. pic.twitter.com/lLGivVLttB

With this Nobel, Dr Arnold becomes the second woman in 55 years to win the prestigious award.

The other half of the prize was shared jointly by Dr George Smith from the University of Missouri, and Dr Gregory Winter from the MRC Laboratory in Cambridge. This is the MRC laboratory's twelfth Nobel so far — awarded to Dr Smith and Dr Winter for their work in "phage display of peptide and antibiotics". 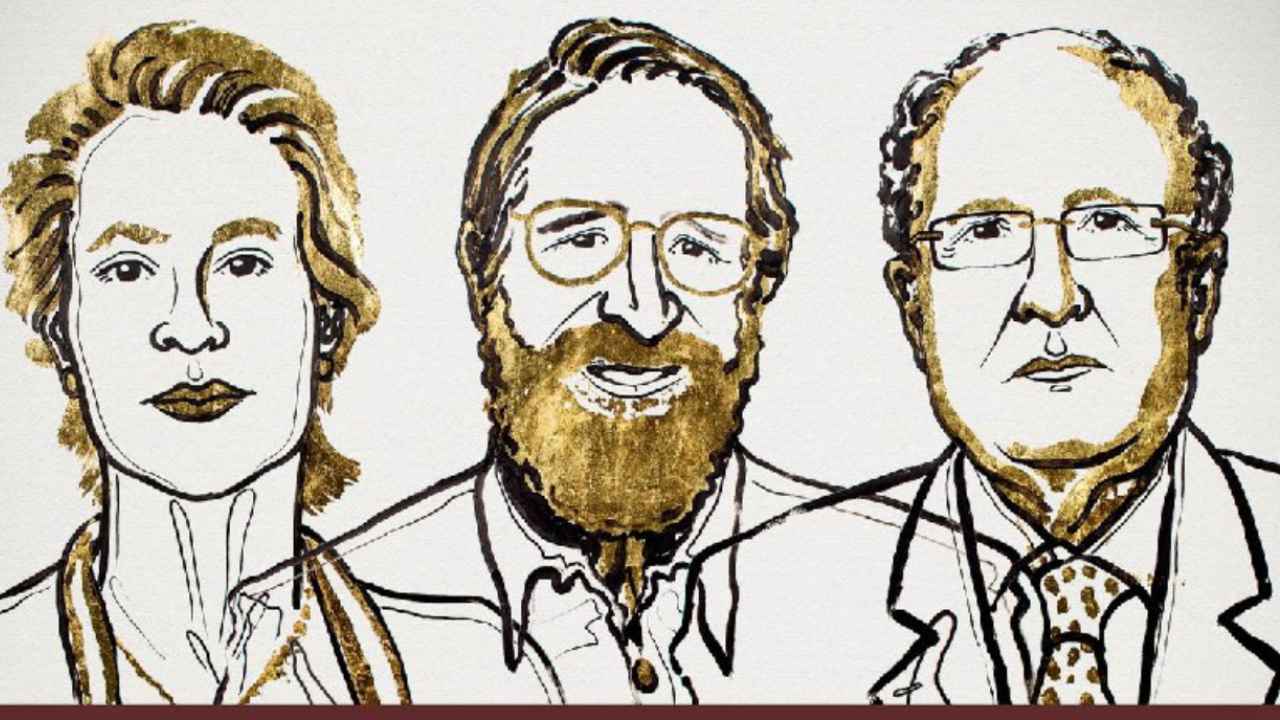 The recepients of this year's Nobel Prize for Chemistry are Dr Frances Arnold (L), Dr George Smith (Center) and Dr Gregory Winter (R) for their work in evolution of proteins and phage display. Reuters

The Nobel Chemistry has time-honored researchers for making remarkable contributions and advances to the study of how molecules interact with each other.

Dr Arnold’s recognized work is involves developing a technique of "direct evolution" in enzymes — a subset of reactive proteins in living beings.

These proteins are now used to produce a range of products in the biotechnology industry, from biofuels to pharmaceuticals.

The pair of other receipients were recognized for their worked on a technology called phage display, which uses a virus to infect bacteria and ultimately modify and evolve proteins in living systems.

Dr Smith developed the technique of phage display, while Dr Winter contibuted to extending the powerful technology to pharmaceuticals. Modern uses of the phage display technique are used widely to neutralize toxins, treat autoimmune diseases, even cure metastatic cancer, according to the Guardian report. With the award for Chemistry, the scientific Nobel prizers for the year have all been announced, with the Nobel Memorial Prize in Economic Sciences to be revealed on Monday.

Last years prize was awarded for a technique in microscopy that allowed high resolution imaging of biomolecules.

with inputs from The Associated Press

Australia's Glenn Maxwell recalls his battle against mental health during World Cup, says he wanted his 'arm to be broken'