Plenty of further research is needed following the discovery to throw some light on its true scope.

For the first time, researchers have discovered a stable form of plutonium, a radioactive chemical famously unstable for transport, storage and disposal. This new — and accidental — discovery could lead to new ways to tackle some of the challenges in handling the powerful compound.

A powerful energy source, plutonium also has the capability to cause potentially-devastating environmental impact. Some plutonium isotopes can persist in the environment for tens of millions of years, which is bad news if it gets into the slowly-depleting groundwater table.

Plutonium research today is focussed on ensuring scientists learn as much as we can about creating, using, transporting, storing and disposing of plutonium as safely as possible. The study's authors from the Helmholtz Zentrum Dresden-Rossendorf (HZDR), too, were trying to synthesise plutonium safely from its various different plutonium isotopes when they stumbled on a whole new, stable form of plutonium. 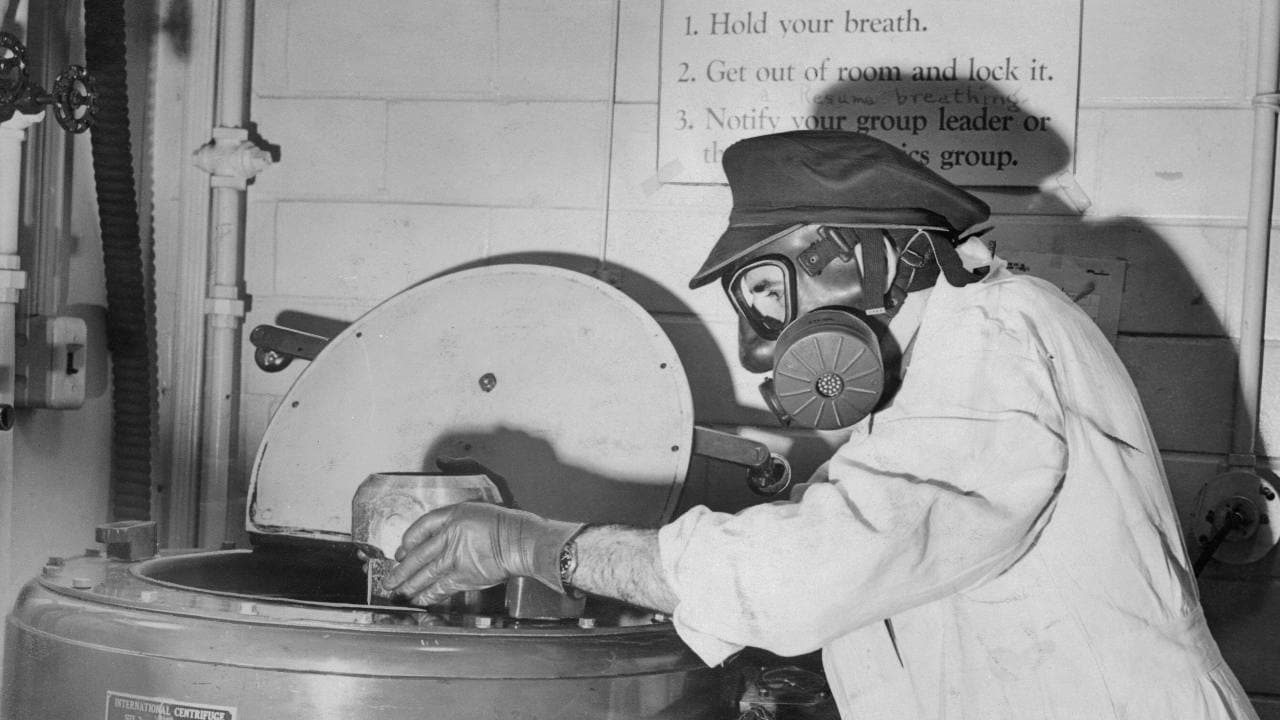 A scientist in uniform handles radioactive isotopes at the University of Chicago. Image: Getty

Of the many compounds that plutonium forms, plutonium dioxide is the most stable. The ceramic material doesn't dissolve in water and has a high melting point — both of which are standard requirements for a stable radioactive fuel. When one of the precursors in the reaction — Plutonium (VI) or Pu (VI) — was dissolved in water, the team saw something unexpected and odd.

Midway in its transition from Pu (VI) to plutonium dioxide, the Pu had a transient phase where it was both solid and stable. It seemed to be a pentavalent plutonium isotope {or Pu (V)}, which is otherwise neither solid nor stable. The scientists credited with the discovery found it so surprising that their initial reaction was to assume that the synthesis had somehow gone wrong.

"A stable phase of Pu(V)! — no, it is impossible, it doesn't exist, the synthesis must have gone wrong," the team of chemists from the Moscow State University is quoted to have said when they looked at the data.

"Chemists were in complete disbelief, but the results were quite clear," Kristina Kvashnina, lead researcher on the study, said in a statement. "Every time we create nanoparticles from the other precursors Pu (III), (IV) or (V) the reaction is very quick, but here we observed a weird phenomenon halfway."

Scientists are working on understanding how nuclear waste degenerates over a million or more years. The discovery of a stable solid-phase plutonium isotope will alter with that timeline in ways researchers are certain of, but again, can't predict yet. Plenty of further research is needed following the discovery to throw some light on its true scope.

The study and its findings were published in Angewandte Chemie International Edition (2019).

British ships arrive in Japan to transport plutonium to the US

What exactly are N Korea's scientists planning to explode?

US: No dialogue if North Korea keeps nukes running