The mineral was discovered in shock melt zones of the lunar meteorite Oued Awlitis 001, discovered in 2014 in the Western Sahara.

A team of researchers from Europe have discovered a high-pressure mineral in the lunar meteorite Oued Awlitis 001. The mineral has been named Downwilhelmsite [CaAl4Si2O11]. The International Mineralogical Association (IMA) has approved the naturally-formed CAS phase as the new mineral “donwilhelmsite” [CaAl4Si2O11], honouring the US lunar geologist Don E. Wilhelms, as per the report. The new mineral is the first high-pressure mineral found in meteorites with application for subducted terrestrial sediments, according to a statement released by the German Research Centre for Geoscience GFZ in Potsdam. Donwilhelmsite is composed of calcium, aluminium, silicon and oxygen atoms.

Donwilhelmsite was discovered within shock melt zones of the lunar meteorite Oued Awlitis 001. which was found in the year 2014 in the Western Sahara, the statement added. It is similar to rocks that comprise the Earth's continents, in terms of composition. Study authors point out that eroded sediments are constantly dragged deeper into Earth mantle where the pressure and temperature work on them to turn them into denser mineral phases. The mineral Downwilhelmsite was formed in 460 to 700 kms depth. 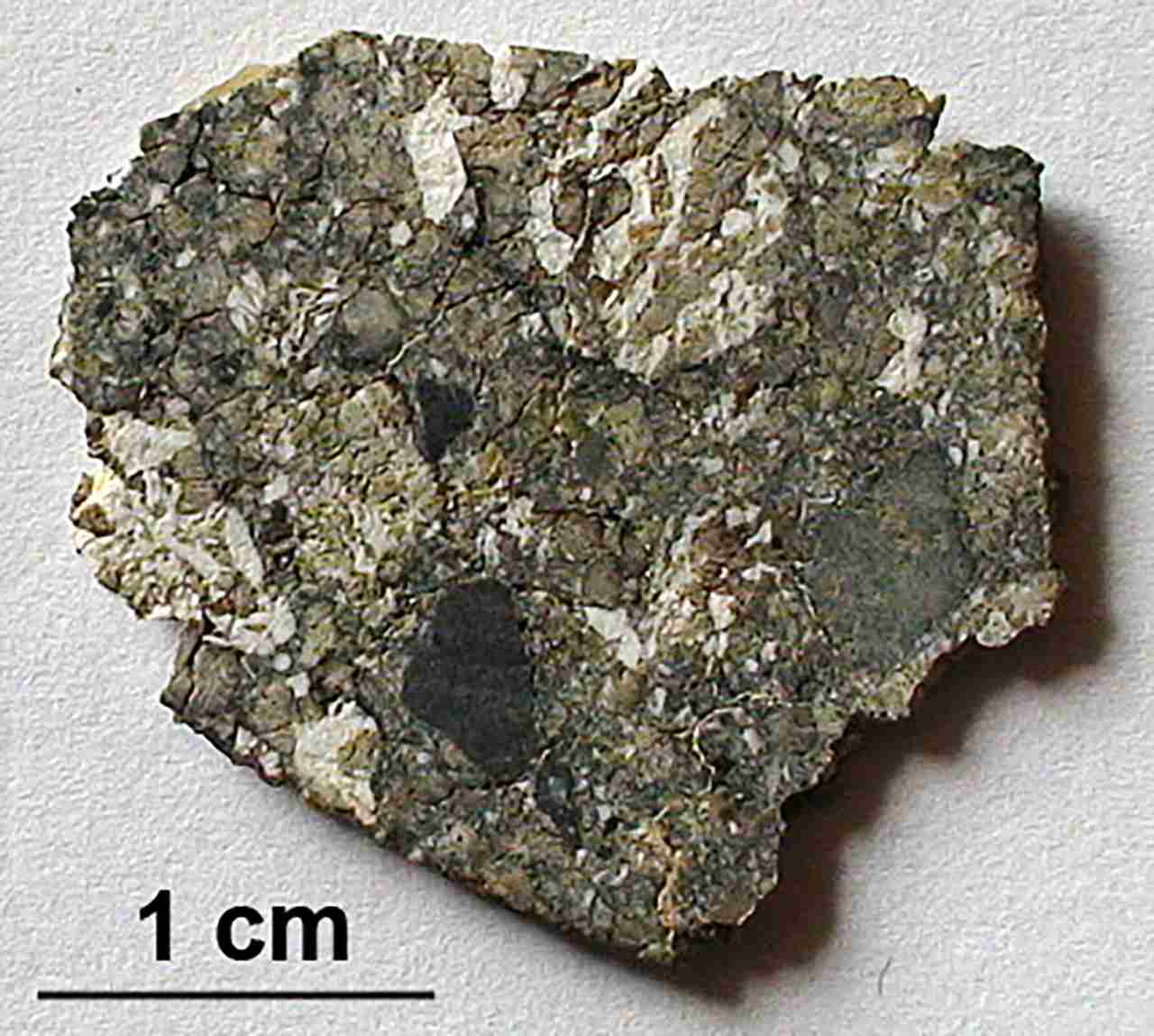 The mineral discovered is known as Donwilhelmsite. Image: Wikimedia

Speaking about the discovery, study author Richard Wirth said, "At the GFZ, we used transmission electron microscopy to investigate microstructural aspects of the samples."

Wirth added that investigations and the crystal structure analyses by the researchers from the Czech Republic once again underline the importance of transmission electron microscopy in the geosciences.

The results of a study detailing the findings from the mineral, published in the scientific journal American Mineralogist, was carried out by a team including Jörg Fritz from the Zentrum für Rieskrater und Impaktforschung Nördlingen, Germany, and colleagues at the German Research Centre for Geoscience GFZ in Potsdam, Museum für Naturkunde Berlin; the Natural History Museum Viennal the Institute of Physics of the Czech Academy of Science; the Natural History Museum Oslo; University of Manchesterl; and Deutsches Zentrum für Luft und Raumfahrt Berlin.