Double of India's landmass needs to be devoted to biofuels, carbon capture & storage to cap warming at 1.5-deg C.

The overlapping crises of climate change, mass species extinction, and an unsustainable global food system are on a collision course towards what might best be called an ecological land grab.

Coping with each of these problems will require a different way of using Earth's lands, and as experts crunch the numbers it is becoming unnervingly clear that there may not be enough terra firma to go around.

A world of narrowing options threatens to pit biofuels, forests and food production against each other. Experts who once touted "win-win" scenarios for the environment now talk about "trade-offs".

This looming clash is front-and-center in the most comprehensive scientific assessment ever compiled of how global warming and land use interact, to be released by the UN's Intergovernmental Panel on Climate Change (IPCC) on Thursday. 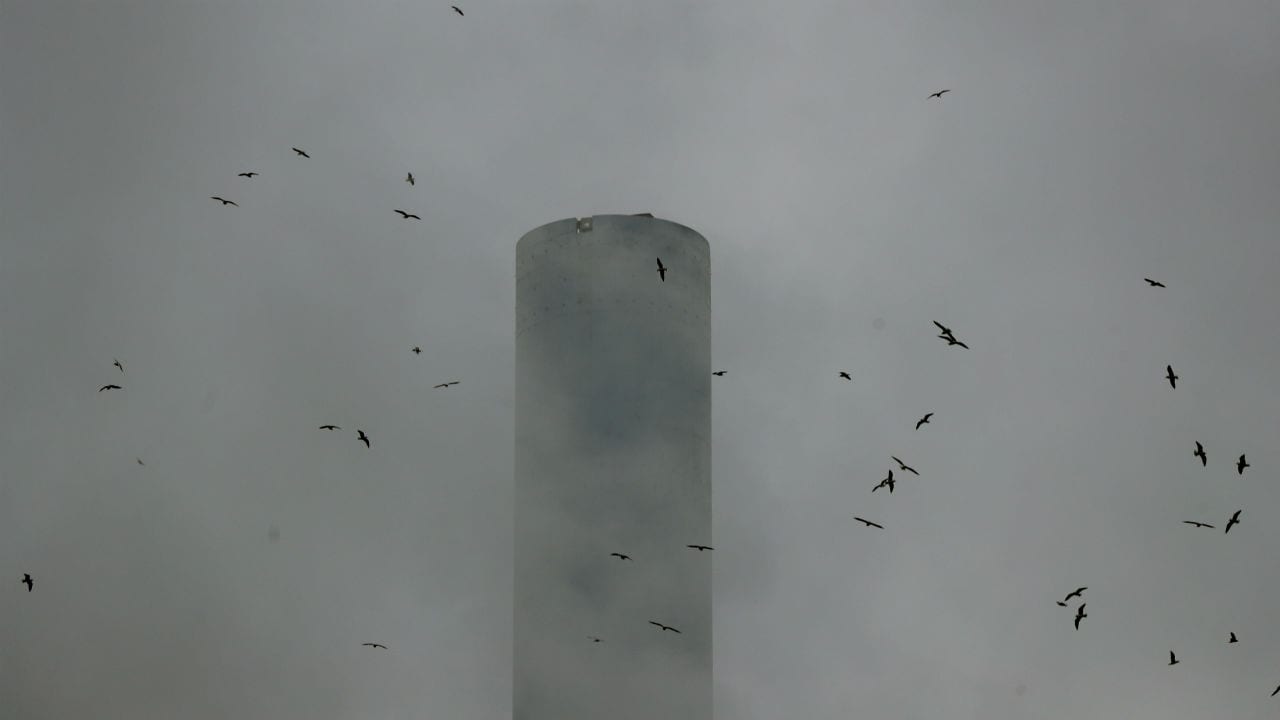 Proposals to convert areas the size of India and the United States to biofuel crops or CO2-absorbing trees, for example, "could compromise sustainable development with increased risks — and potentially irreversible consequences — for food security, desertification and land degradation," a draft summary of the 1,000-page report warns.

Case in point: to have at least a 50/50 chance of capping global warming at 1.5 degrees Celsius — the temperature guardrail laid down in a landmark IPCC report last year — civilisation must be "carbon neutral" within three decades.

Earth's surface temperature has already risen one degree Celsius above pre-industrial levels, enough to trigger deadly extreme weather and sea level rise that could swamp coastal megacities by 2100. And yet, 2018 saw a record 41.5 billion tonnes of planet-warming CO2 added to the atmosphere, up two percent from the previous record, set the year before.

At this pace, humanity will exhaust its "carbon budget" for a 1.5 C world before US congresswoman Alexandria Ocasio-Cortez, co-sponsor of the Green New Deal, turns 45 (in 16 years).

Slashing carbon pollution remains the surest way to curb climate change, but — absent a sustained crash of the global economy — that can no longer happen quickly enough to singlehandedly keep global warming in check.

This harsh reality has put a spotlight on two ambitious schemes that would cover millions of square kilometres of land with CO2-absorbing plants.

Nearly all Paris-compatible climate models slot in a major role for a two-step process that draws down carbon by growing biofuels and then captures CO2 released when the plants are burned to generate energy. Alexandria Ocasio-Cortez is one of the most vocal political voices in the global change debate. Image credit: Wikimedia Commons

The amount of "bioenergy with carbon capture and storage", or BECCS, required in coming decades will depend on how quickly we sideline fossil fuels and shrink our carbon footprints.

The new IPCC report, for example, outlines two scenarios based on the reasonable assumption that the world will continue to be dominated by "resource-intensive consumption patterns," at least in the coming decades.

Capping global warming at 1.5 degrees C under these circumstances would require converting some 7.6 million square kilometres (km2) — more than double India's landmass — to BECCS. Even if temperatures were allowed to climb twice as high, the report concluded, biofuels would still need to cover some 5 million km2.

"Forest restoration is the best climate change solution available today," said Tom Crowther, a professor at the university ETH Zurich. "If we act now, this could cut carbon dioxide in the atmosphere by up to 25 percent, to levels last seen almost a century ago."

Crowther's "trillion trees" initiative made headlines but has come in for a drubbing.

His calculations, according to several climate scientists, appear to assume that every tonne of CO2 stored in replanted trees would be a tonne of CO2 removed from the atmosphere. In fact, the ratio is 2:1 due to the nature of Earth's carbon cycle, which vastly reduces the scheme's projected benefits.

In addition, it takes decades for trees to reach their maximum CO2-absorbing potential, as the authors themselves point out.

Other critics warn against the "moral hazard" of an apparently simple solution that may dampen resolve to purge fossil fuels from the global economy, a danger underscored, perhaps, by the enthusiasm of oil and gas giants for planting trees. It takes decades for trees to reach their maximum CO2-absorbing potential.

"Heroic reforestation can help, but it is time to stop suggesting there is a 'nature-based solution' to ongoing fossil fuel use," noted Myles Allen, a professor of geosystem science at the University of Oxford. "There isn't."

The sharpest objections — which may also apply to BECCS — had to do with assumptions made about the type and quantity of land available for reforestation.

"It might sound like a good idea, but planting trees in savannahs and grasslands would be damaging," Kate Parr and Caroline Lehmann from, respectively, the Universities of Liverpool and Edinburgh, commented recently in a blog.

The landscapes of lions, giraffes and vast herds of wildebeest cover more than 20 percent of Earth's land surface and can be as rich in biodiversity as tropical forests.

They are also home to a billion people, many of whom grow crops and raise livestock.

Carpeting savannahs with trees would destroy unique ecosystems, threaten species with extinction, and upend the lives of millions of people, the researchers warned.

But the bottom-line question for humanity is whether these proposals will leave enough land to ensure the next generation has enough to eat.

"We project that under 'business-as-usual' growth, 9.8 billion people by 2050 would require 56 percent more food relative to 2010," said Fred Stolle, an adjunct professor at Johns Hopkins University and co-author of the UN-backed report, Creating a Sustainable Food Future. 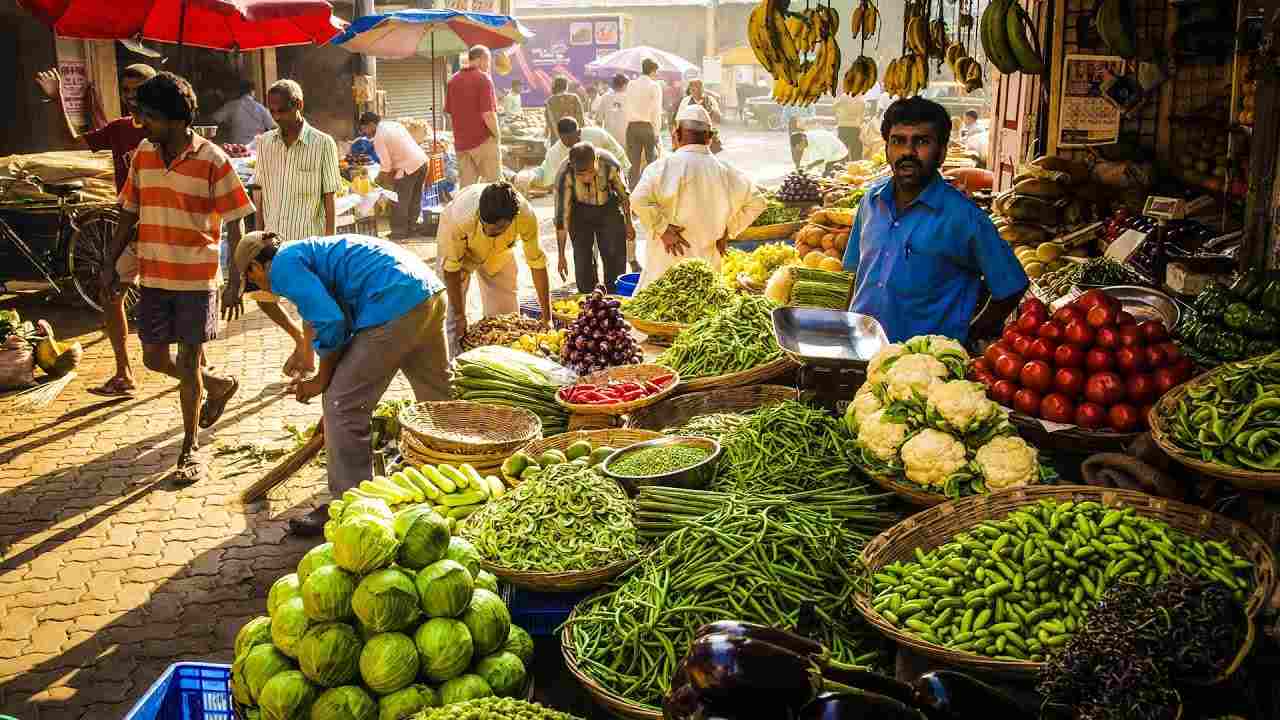 Will the next generation has enough to eat?

"That would require clearing nearly six million square kilometres" — ten times the area of France — "of additional forests for conversion to agriculture," two-thirds for pasture land, and one-third for crops, he told AFP.

But the same food system that has helped to halve global hunger, Stolle points out, is no longer sustainable: it accounts for 25 to 30 percent of greenhouse gases, and is choking the life from fresh and coastal waterways with nitrogen.

"To have any chance of feeding ten billion people in 2050 within planetary boundaries, we must adopt a healthy, plant-based diet, cut food waste, and invest in technologies that reduce environmental impacts," Johan Rockstrom, former director of the Potsdam Institute of Climate Change Impact Research told AFP.

But whether that "great food transformation" is compatible with plant-based schemes to suck CO2 out of the air remains uncertain.