Ramanujan was a self-taught mathematician that contributed enormously to the field of mathematics.

Each year on the 22 December, schools and educational institutes around the country observe and celebrate National Mathematics Day.

And while not everyone feels the need to celebrate mathematics, the day is observed not to honour the field as a whole, but a very special Indian mathematician whose trust with mathematics has inspired books, art and our tradition to commemorate the genius of Srinivasa Ramanujan on 22 December each year – his birth anniversary – as National Mathematics Day.

Born in 1887 in the charming city of Erode, Tamil Nadu, Ramanujan's earliest stories begin around the age of 12. He had mastered the dizzying logic of trigonometry and developed theorems on his own without any assistance.

His passion for mathematics and the brilliance of the world it translated to at an early age. 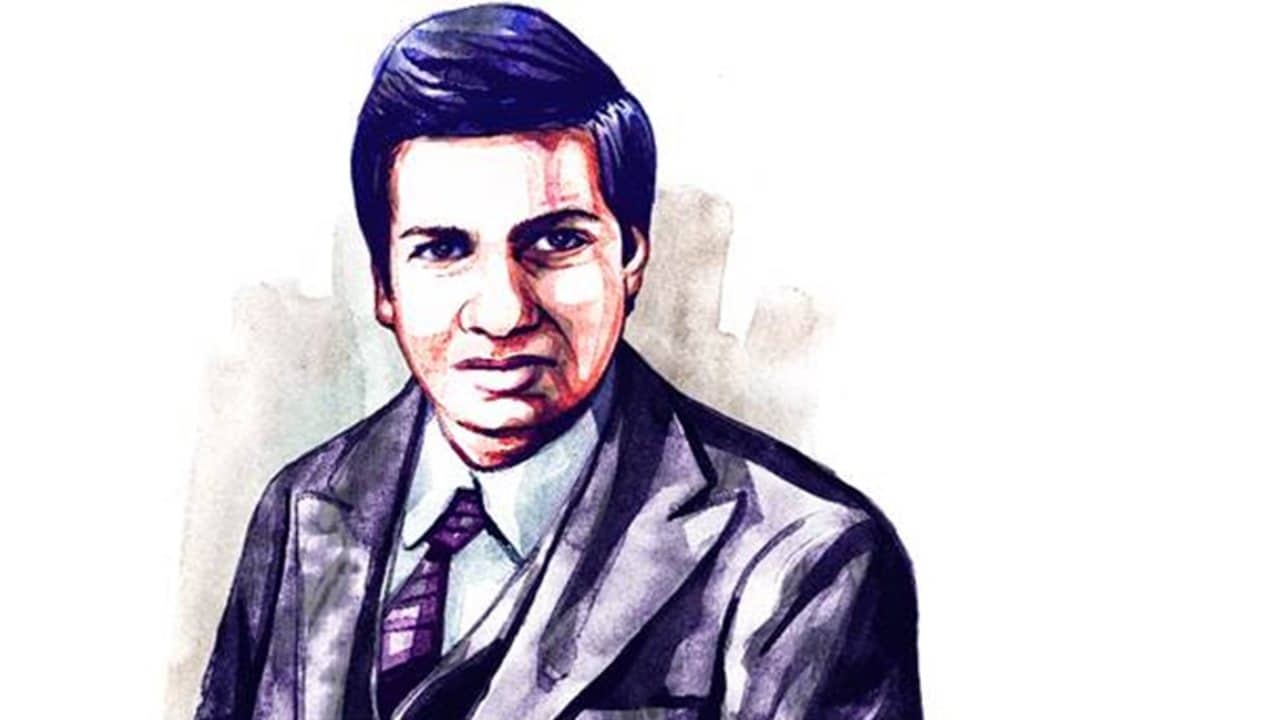 A sketch of Ramanujan, The Men Who Knew Infinity. Image: Wikimedia

Turning 10 years old in 1897, he aced his primary school exams in English, Tamil, geography and arithmetic with the best scores in his district. Ramanujan entered Town Higher Secondary School that year, where he encountered formal mathematics for the first time.

By age 11, he had exhausted the mathematical knowledge of two college students lodging at his home, and was lent a book on advanced trigonometry around the same time. He mastered this by age 13, by which time he was discovering sophisticated theorems on his own.

Ramanujan at 14 was being lauded with merit certificates and academic awards in a trend that weaves through his entire school career, where he also assisted the school with logistics of placing 1200 students, each with needs of their own, under the tutelage of its 35-odd teachers.

He would complete mathematical exams in half the allotted time, and unwittingly brought on comments from his peers over the years, who "rarely understood him" and "stood in respectful awe" of him in the years since. The Man Who Knew Infinity, starring Dev Patel, is a biopic on his life. Image courtesy: YouTube

Ramanujan at age 16 in 1903 got access to a library copy of a book – A Synopsis of Elementary Results in Pure and Applied Mathematics, a collection of 5,000 mathematical theorems, which he reportedly studied in great detail.

This book is generally recognized in accounts of his life as a key element in awakening his genius.

Towards his schooling's end, this earned him a scholarship to study at the Government Arts College of Kumbakonam in Tamil Nadu. His headmaster in school would introduce Ramanujan as "the outstanding student who deserved scores higher than the maximum". But he squandered the opportunity due to his horrendous performance in other important subjects, including English, philosophy and Sanskrit.

Without a formal degree, Ramanujan is said to have dropped out of college and pursued research in mathematics on his own, living in stark poverty, at the brink of starvation. It was in 1910 at age 23 that support from renowned mathematician Ramaswamy Iyer helped him scored a job clerking at the Madras Port Trust. 'Squaring the circle' in Ramanujan's notes from 1913. Image: Wikimedia Commons

He would work at the office by day, and do what came naturally to him (theoretical mathematics, that is) in his spare time. British mathematician G Hardy wrote Ramanujan a letter in 1913, expressing interest in learning more about his work. It was "essential that I should see proofs of some of your assertions", he is said to have added.

Ramanujan responded to Hardy, who eventually became his mentor, on principles of mutual interest to them, saying:

"I beg to introduce myself to you as a clerk in the Accounts Department of the Port Trust Office at Madras... I have no University education but I have undergone the ordinary school course. After leaving school I have been employing the spare time at my disposal to work at Mathematics. I have not trodden through the conventional regular course which is followed in a University course, but I am striking out a new path for myself."

G Hardy and Ramanujan ended up working together in Cambridge for five years shortly after their first correspondence. Their collaboration was a clash of different cultures, beliefs, and working styles, but his work in Mathematics made a left a deep impression on Hardy for years to come. Hardy was quoted to have said about Ramanujan in a  book:

"He could remember the idiosyncrasies of numbers in an almost uncanny way. It was Littlewood (a mutual colleague) who said that every positive integer was one of Ramanujan's personal friends. I remember once going to see him when he was ill at Putney. I had ridden in taxi cab number 1729 and remarked that the number seemed to me rather a dull one, and that I hoped it was not an unfavorable omen. "No," he replied, "it is a very interesting number; it is the smallest number expressible as the sum of two cubes in two different ways." Born to a housewife and a sari clerk, his family home in Kumbakonam was small and modest. The modest thatched-roof house on Saranhapani Sannidhi Street has been turned into a museum in his honour.

Ramanujan was a self-taught mathematician. He contributed inordinately to the world of mathematics and was globally popular for his work – one of the most influential mathematicians of his time.

From compiling over 3900 mathematical theorems and equations to having discoveries, buildings and streets named after him, Ramanujan's assertions in mathematics were unshakeable and profound.

He's the man that put the "mathematics" in National Mathematics Day.