Findings from the study will help make decisions about long-term missions to the Moon & Mars.

Sibling rivalry. Can't live with it, can't live without it. Astronaut Scott Kelly returned to Earth in 2016 after having spent a record-breaking year in space. His retired twin brother, astronaut Mark Kelly, must have been ticked off by his brother's two-inch growth spurt since he left (he did spring back to normal soon enough). That wasn't the only biological change Scott Kelly experienced in space, though.

The disparity between the twins' development was too fascinating for NASA to pass up on, and study them they did. The Kelly twins were NASA's subjects in a year-long study of spaceflight's short- and long-term effects on the human body. While this isn't NASA's first study of this kind, it reinforced a lot of what they had found in previous studies.

What were the changes Scott Kelly experienced?

Scientists compared the twins after Scott had spent 340 days in the zero gravity confines of the International Space Station, while Mark remained right here on Earth. Over the year, Scott experienced a range of physiological, biological and genetic changes.

The walls of his carotid artery and retina thickened, he experienced weight-loss, changes in his gut microbes, reduced cognitive abilities, DNA damage, changes to the patterns of how his DNA was read, even lengthening of telomeres — the ends of chromosomes that are associated with ageing. Once he got home, those same longer telomeres quickly shortened and began to degrade, threatening the health of his body tissues all over, the study found.

Some of these changes returned to normal after living on Earth again for six months. Others appear to be semi-permanent changes, if not life-long ones. 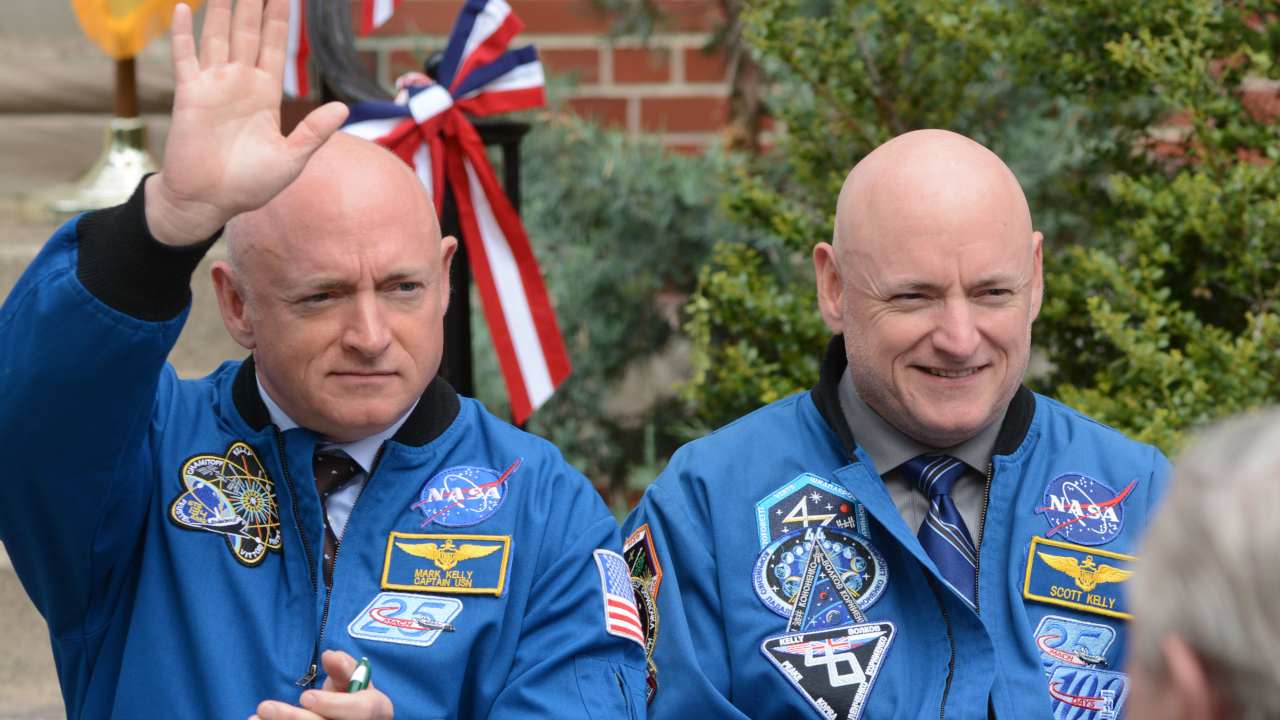 Each strand of DNA (deoxyribonucleic acid) folds compactly into the nucleus of a cell as 'chromosomes', and pack in the entire genetic programming of a living organism. Each of these strands has special caps on either end called telomeres. These caps protect our chromosomes, much like plastic handles at the ends of shoelaces that protect them from wear-and-tear. As we age, the lengths of these telomeres grow shorter for many different reasons — infection and disease, oxidative stress (eating junk food for years on end can do that to us), injury, etc.

One of the NASA Twin study's most striking findings is that Scott's year in space changed the length of his telomeres over the course of his year-long spaceflight, and once again within days of landing on Earth. NASA thinks that investigating this further could benefit general health in addition to shedding more light on the long-term risks of spaceflight, according to a statement.

Scott was given three flu vaccines, once a year — before, during and after his year in space (his second shot — in space — was the first time an astronaut received a vaccine in space). This study found that Scott’s body reacted appropriately to the vaccine.

This is a big deal — it gives NASA (and other space agencies the world over) a better idea of how the immune system responds to spaceflight, espcially if a vaccine is ever needed in longer space missions to the Moon or Mars.

Scott's DNA was sampled for tests before, during and after his mission in space, which showed considerable changes in how his genes were expressed. Scott's twin brother on Earth also saw mild, acceptable levels of changes in gene expression, but Scott's was far higher, and scientists think it wouldn't have been as stark if he has spent a few months and not a year in space.

About 91.3 percent of these changes reversed on their own once Scott returned to Earth, but around 8 percent of these changes have lasted longer than six months since his return. Some of these changes are DNA damage thought to be from radiation exposure. The fact that Scott's genetic changes reversed is another crucial finding: human bodies can adapt to extreme environments of space, even if only partially. More studies like these could help researchers pick up on individual genes that are affected by the harsh environment of space, and how they affect the body while in space for months and years on end.

Scott's cognition — in terms of how mentally alert he was, his spatial orientation, and the ability to recognise emotions — weren't affected by his time in space. This suggests that astronauts may not get less sharp spending longer durations in space. But what did change was the speed and accuracy of his thoughts — which slowed down after he landed, and lasted at least six months. This, scientists think, could have happened as a result of mild to moderate damage to some neurons from being re-exposed and adjusting to Earth’s gravity, and the sudden hustle and bustle that Scott walked into after his return.

Scott lost 7 percent of his body mass over his flight. While more exercise and a controlled diet was certainly a part of it (he consumed roughly 70 percent of the calories researchers expected him to), the end result was more severe than anticipated. His bones eroded, and the cycle of regeneration seemed to be fast in the first six months of his flight, but noticeably slower in the latter half, when the amount of exercise was lower.

From blood and urine samples, researchers saw his folate (vitamin B-9) levels that were low before his trip had shot up mid-flight, which could potentially be due to the "better food choices from the space food system," the statement said. Folate also has a role to play in DNA synthesis, which is something that also reflected in Scott’s telomere data. Nutrition plays a crucial role in every aspect of an astronaut's health in space, as well as life on Earth, scientists concluded in their study. Drastic changes in Scott's gut health were likely from his strict and controlled diet.

Of late, bacteria in the gut have been given a lot of importance in research on health — they've been attributed to general health and shown to control seemingly unrelated functions like hormone levels and emotions. Scott's gut flora looked remarkably different before and after his year in space, the study found. The food he consumed during his space station stay would have played a big role as his gut flora started returning to normal once back on Earth.

This is a promising find for overall health and may help structure a more suitable diet for astronauts to maintain normal amounts of beneficial bacteria in the gut.

What caused these changes?

Five possible causes were listed out for the more serious genetic changes Scott experienced, including space radiation and the weightlessness of zero-gravity for months on end. The space station also orbits below the Van Allen radiation belt — a shell of energetic, charged particles that build up outside Earth’s protective magnetic field.

The findings also coincided with the 58th anniversary of the first human space flight by Soviet cosmonaut Yuri Gagarin. Dr Andrew Feinberg of Johns Hopkins University, who helped lead the study published in the journal Science, noted that it was "the dawn of human genomics in space."

Crucial knowledge from a study like this is important for NASA and other space agencies and has consequences on their decisions to pursue long-term missions to the Moon and Mars, and beyond. NASA says that it plans to carry out another year-long study to build on these results. And Scott Kelly, yet to fully recover from his last space mission, has already volunteered to be NASA's guinea pig.

"Put me in, Coach, I’m ready to go," he reportedly joked.