Opportunity was descending into the valley when a dust storm swept over the region in end of May.

NASA scientists can now see Opportunity — their solar-powered probe that was lost in a Martian dust storm more than 100 days ago — but the vintage robot hasn't shown any signs of life.

Thanks to a high-resolution camera aboard the Mars Reconnaissance Orbiter, NASA said Tuesday it can see the Opportunity rover in Perseverance Valley, on the edge of a huge crater.

Opportunity was descending into the valley when a dust storm that was first detected 30 May swept over the region. In NASA's image, the vehicle appears as a tiny white dot.

The 15-year-old rover was last heard from on June 10, when it went into "sleep" mode as dust blocked out the Sun and darkness enveloped the Red Planet.

"NASA still hasn't heard from the Opportunity rover, but at least we can see it again," NASA's Jet Propulsion Laboratory said in a statement. 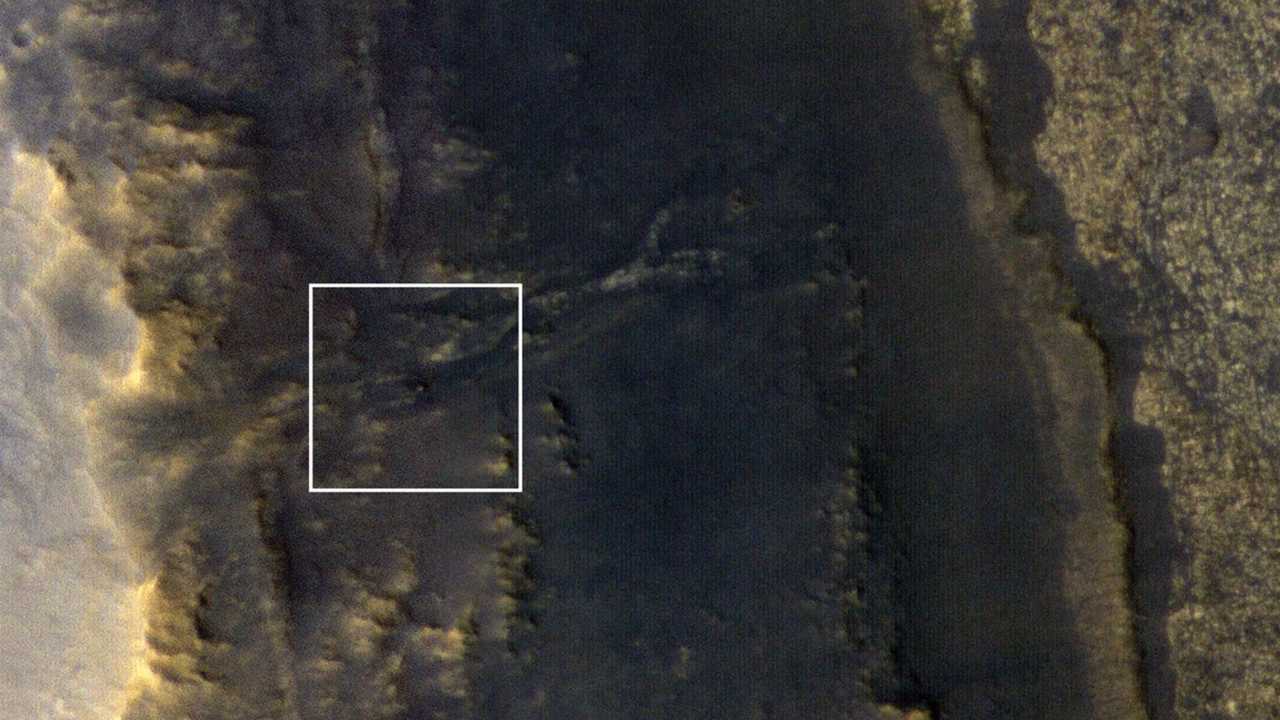 NASA's Opportunity rover appears as a blip in the center of the image taken by a high-resolution camera on the Mars Orbiter after the dust storm had substantially cleared. Image courtesy NASA/JPL

Opportunity and its twin rover, Spirit, are a pair of unmanned robotic vehicles designed by NASA to tool around on the Martian surface and transmit data about conditions there back to Earth.

Spirit lasted 20 times longer than that. It became stuck in soft soil in 2009, and its mission was formally declared over in 2011.

Opportunity is going on 60 times its planned mission life, has traveled 28 miles (45 kilometers) and found evidence of water on Mars and conditions that may have been suitable for sustaining microbial life.

Last month, NASA said it would work until mid-October to try to bring Opportunity back to life, a timeframe fans of "Oppy" said was too short.