NASA's Parker probe to the sun reveals surprises about solar wind, a year into its 7-year mission

The findings throw light on how space weather is spawned, and violent solar wind that can harm satellites and electronics on Earth.

Troves of new data from a NASA probe’s close encounters with the sun are giving scientists unique insight about the solar wind and space weather more generally as the spacecraft zooms through the outermost part of the star’s atmosphere.

Researchers on Wednesday described the first published findings from the Parker Solar Probe, a spacecraft launched in 2018 to journey closer to the sun than any other human-made object. The findings, offering fresh details about how the sun spawns space weather, are reshaping astronomers’ understanding of violent solar wind that can hamper satellites and electronics on Earth.

"We were certainly hoping we’d see new phenomena and new processes when we got close to the sun — and we certainly did," Nicola Fox, director of the US space agency’s heliophysics division, told reporters. "Some of the information that we found pretty much confirmed what we expected, but some of it is totally unexpected." The probe has endured extreme heat while flying through the outermost part of the sun’s atmosphere, called the solar corona, that gives rise to solar wind — the hot, energized, charged particles that stream outward from the Sun and fill the solar system.

Oscillations in the speed of these charged particles beaming outward from the solar corona have previously been thought to dissipate gradually, much like the waves seen after plucking a guitar string fading from the middle. 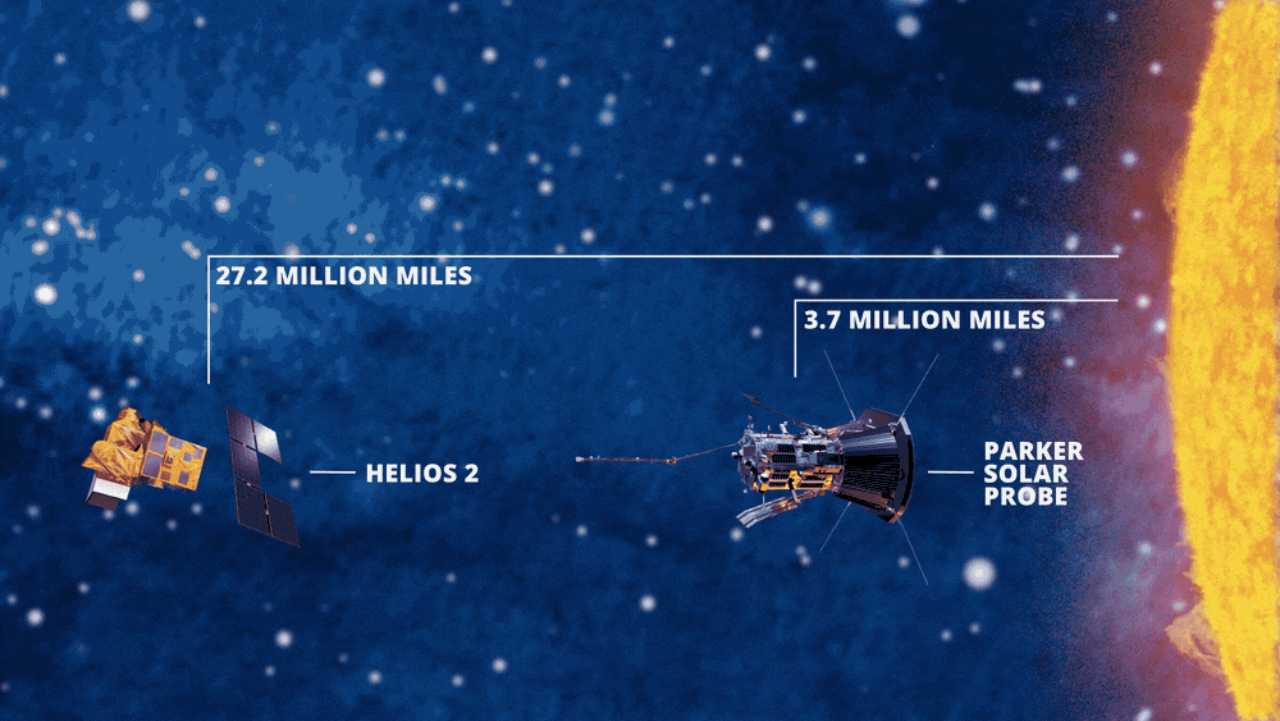 Parker probe will get closer to the Sun than Helios 2 did in 1976. Illustration: Steve Alvey/Michigan Engineer

One of the probe’s “really big surprises,” according to one of the researchers, was the detection of sudden, abrupt spikes in the speed of the solar wind that were so violent that the magnetic field flips itself around, a phenomenon called “switchbacks.”

“We’re finding these discrete, powerful waves that wash over the spacecraft, kind of like rogue waves in an ocean,” said Justin Kasper, a principal investigator whose team at the University of Michigan built a solar wind-sensing instrument on the Parker probe. “They carry a tremendous amount of energy.”

“This will dramatically change our theories for how the corona and solar wind are being heated,” Kasper added.