NASA's Parker probe sends view of Earth from its journey towards Venus, the Sun

NASA's Parker Solar Probe, enroute to the Sun to unravel its mysteries, has captured a view of Earth, from about 27 million miles away, the US space agency said.

The image was captured by the WISPR (Wide-field Imager for Solar Probe) instrument, the only imaging instrument on board the Parker Solar Probe.

On 25 September, the Parker Solar Probe captured a view of Earth as it sped toward the first Venus gravity assist of the mission, NASA said in a statement on Wednesday.

Earth is the bright, round object visible in the right side of the image, it added.

The view from Parker Solar Probe's WISPR shows Earth, the bright sphere near the middle of the right-hand panel. The elongated mark toward the bottom of the panel is a lens reflection from the WISPR instrument.

It also shows what appears to be a bulge on our planet's right side — the Moon, NASA said. 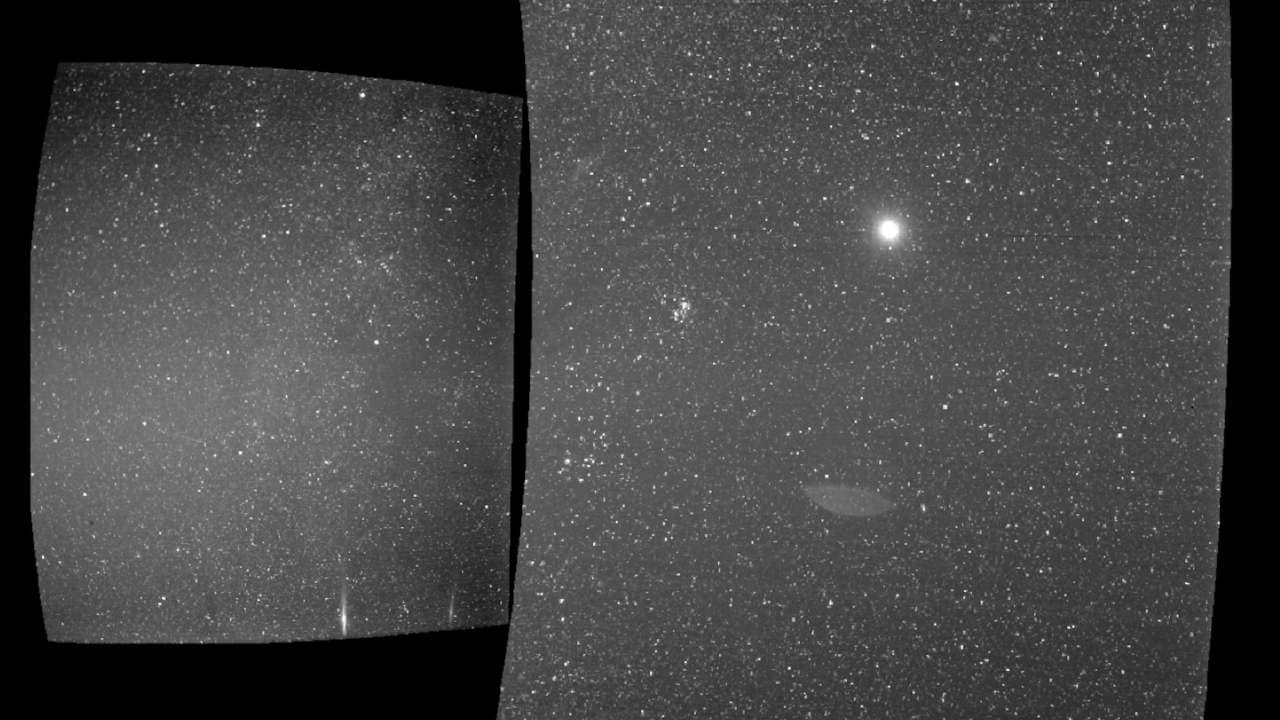 The hemispherical shaped feature in the middle of the right-hand image is a lens flare, a common feature when imaging bright sources, which is caused by reflections within the lens system.

In this case, the flare is due to the very bright Earthshine, NASA noted.

The image also showed some objects like Pleiades, to the low-left of Earth in the right-hand image and the two bright objects.

Betelgeuse and Bellatrix, near the bottom of the left-hand image appeared elongated because of reflections on the edge of the detector.

Earlier this month, the probe successfully completed its first flyby of Venus at a distance of about 1,500 miles.

Throughout its mission, the probe will make six more Venus gravity assist and 24 total passes by the Sun.

During science phases, WISPR sees structures within the Sun's atmosphere, the corona, before they pass over the spacecraft.

Close passes by Venus and Mercury may occasionally create similar patterns in the future, but these are limited cases and do not affect the science operations of the instrument, NASA said.