The last of its maneuvers, scheduled for 12 November, will adjust the spacecraft's trajectory to arrive at Bennu.

NASA's first mission to visit a near-Earth asteroid — the OSIRIS-REx mission — has executed the first of a series of exercises to slow down the spacecraft's speed to put it on course for its scheduled arrival at the asteroid Bennu in December.

The mission team will continue to examine telemetry and tracking data as they become available and will have more information on the results of the first "Asteroid Approach Manoeuvre" (AAM-1) over the next week, the US space agency added. 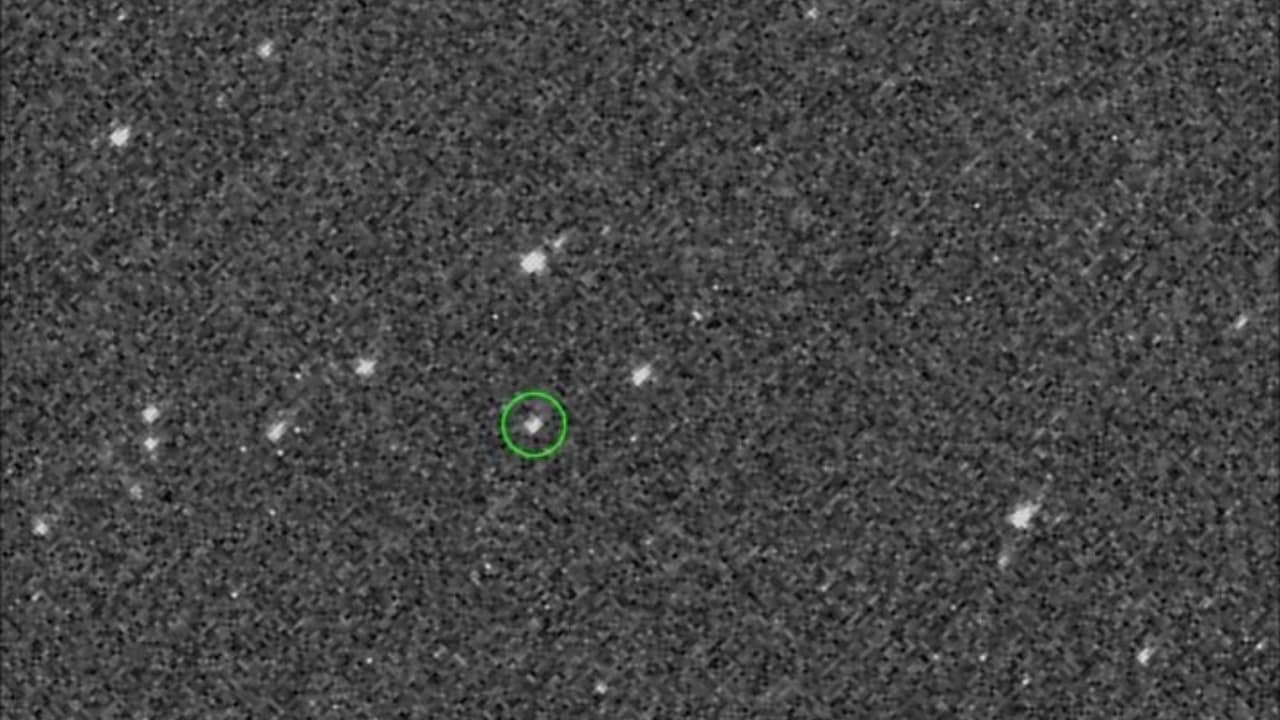 In these series of five images taken by NASA's OSIRIS-Rex on 17 August, the asteroid Bennu is front and centre, from 1.4 million kilometers away. It was seen by the spacecraft amidst stars of the constellation Serpens.
Image: NASA Goddard/University of Arizona

Over the next six weeks, the OSIRIS-REx spacecraft will continue executing the series of asteroid approach manoeuvres designed to fly the spacecraft through a precise corridor during its final slow approach to Bennu.

The last of these, AAM-4, scheduled for 12 November, will adjust the spacecraft's trajectory to arrive at a position 20 km from Bennu on 3 December.

After arrival, the spacecraft will initiate asteroid proximity operations by performing a series of fly-bys over Bennu's poles and equator, NASA said.